Why in the world is Dwight Howard so fired up? I’m pretty sure that Dwight Howard’s actual name to NBA fans is Bitch. Giannis Antetokounmpo is Greek Freak, Carmelo Anthony is Melo, and Dwight Howard is Bitch. Or Big Ol’ Bitch Boy if you want to throw some extra sass on it. I mean lets do a quick test. Take a look at this picture. What is the first word you think of? 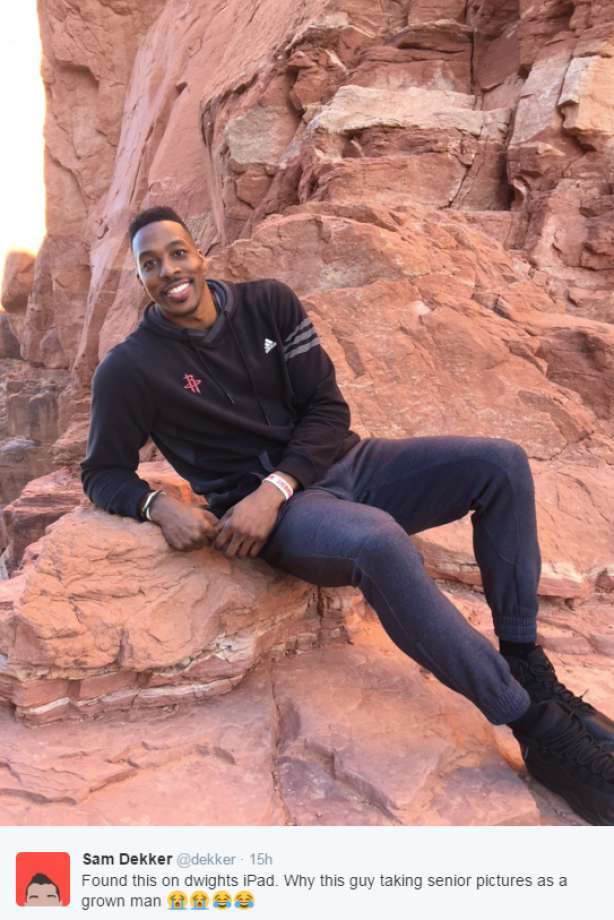 Bitch, right? And while I would usually respect someone telling a heckler to say it to their face, that kind of goes out the window when you are a 6’10” adonis that looks like he was chiseled from fucking marble while also realizing that there is no way NBA security is going to let a fan get near a player ever since Ron Artest almost murdered Guy That Didn’t Throw The Cup and Fake Turtle From Entourage during the Malice At The Palace.

Plus it’s not the first time Dwight pulled the “Come and say it to my face” move to a Lakers fan.

Again, telling a fan to go onto a court during a game is an all-time fake “hold me back” move.

If you are the heckler, you have to go down there and call Dwight on his bluff, right? Sure if Dwight hits him, that fan will explode into a billion pieces. But if he survived the punch, he could become a millionaire overnight. However none of this is really in play because Dwight would just walk away from the guy if he got in Dwight’s face. You know why? Because Dwight Howard is a bitch.

P.S. Best twist ever would have been if the Lakers fan was Kobe. Kobe won over so many fans when he feuded with Dwight. It was like choosing between the wrestling heel that everyone hates or the super fake nice guy that everyone HATES. The heel wins the fans over 100 times out of 100.