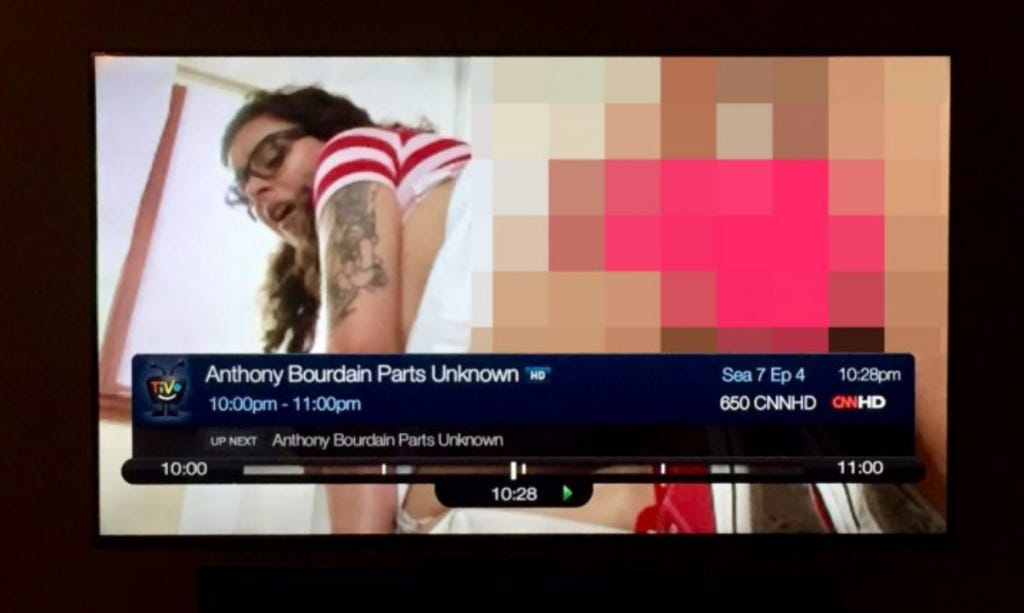 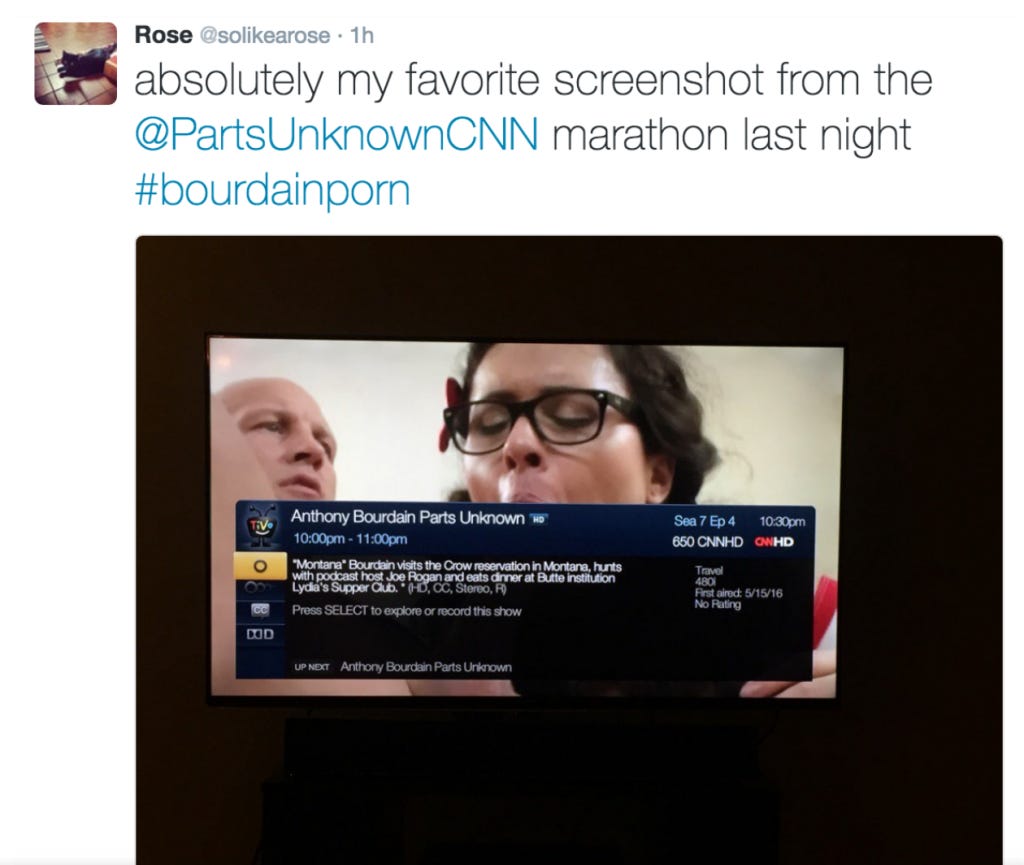 Guess this RCN producer was pretty fucking pissed he had to work on Thanksgiving, huh? All of your friends and family are at home, stuffing their faces and filling their faces with red wine then you’ve gotta sit there and watch Anthony Bourdain go eat more food. Best way to get back at the company for making you do that? Shove a bunch of tranny dick in everyone’s face. I mean, I guess the programming is still on brand, you’re providing most people with parts unknown (a girl’s penis), but I’m not sure that’s what everyone was hoping to see when they plopped their tryptophan OD’ing asses in front of the TV last night.