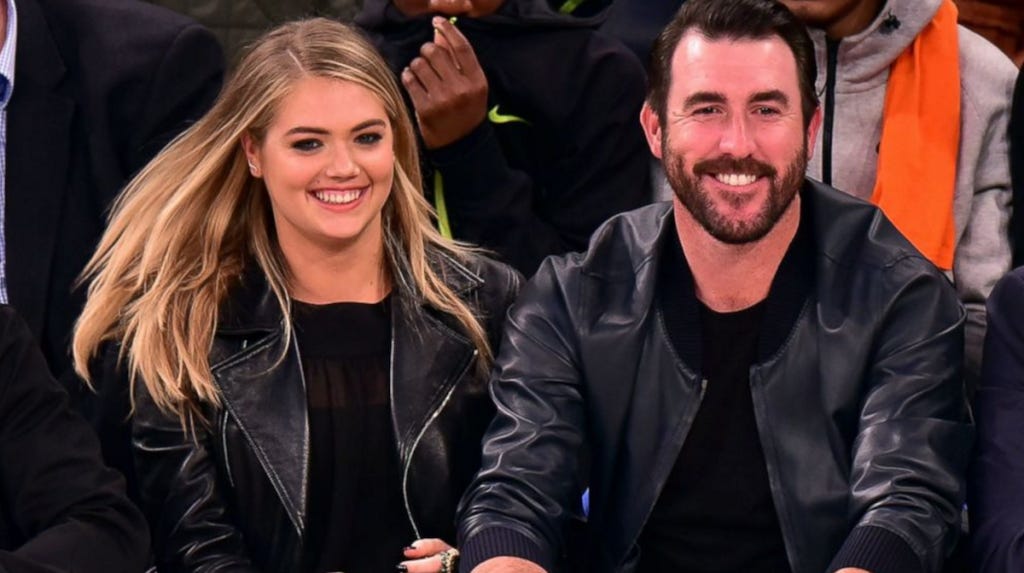 I know you guys have just been DYING to get some clarification on Kate Upton’s Twitter rant about the Cy Young voting, so without further ado, here it is:

I mean, she’s not wrong at all. The voting system that they have in place is pretty fucked. For one, Justin Verlander got more first place votes than anyone else, and Rick Porcello got more second place votes than anyone else, yet Porcello won and Verlander finished second. Doesn’t make much sense. And as for the voters who turned in a ballot without Verlander’s name on it at all — there’s nothing you can really do about idiot voters turning in shitty ballots. However, to my knowledge, those two writers that omitted Verlander’s name don’t even cover Major League Baseball full-time. That’s a problem you can fix pretty easily.

Then, there’s the obvious one. One of the voters who left Verlander off the ballot turned in their ballot before the season ended. How is that even legal? Might wanna fix that rule first, seeing as though that’s the most ridiculous shit I’ve ever heard. In Russia, if a judge puts up their score card before a ballerina finishes their performance, they’d drag you outside of the arena and shoot you in the back of the head.