When the whole world thinks your insane, that’s when you know that your actually the only person with your head screwed on straight. Either that or its because you’re very, dangerously insane- but most of the time its because your right. And right now I feel like I’m so sane that I’m going crazy because it’s the most obvious thing in the world to me that the Broncos need Tim Tebow back under center like Barack Obama needs a telprompter folks.

The reasons are obvious to anyone who’s ever participated in a Oklahoma Drill: Tebow is a winner, he is clutch, and he brings God on to your side. While every other team in the AFC West have Jesus as there 12th man, the Broncos have some athiest schoolboy named Trevor Simian who seems to be more concerned with having his passes deflected than genuflected.

Denvers bringing a yoga mat to a prayer circle when it comes to trying to beat the Three Wise Men:

2. Derek Carr: Read this ESPN profile on the guy. Wears eyeliner which is like tiny little yalmulkas for each single eyelash. You see where there are only one set of foot prints in the sand in the oakland infield? Thats where he was sitting on Coach Del Rio’s massive balls and just going along for the ride

3. Philip Rivers: This guy comes from behind so much on the football field because hes technicaly not allowed to do it in the bedroom. Basically has more kids then Abraham. Throws side arm because extending your arms at 90 degrees was good enough for Jesus on the cross so its good enough for him.

There’s so much Judeo-Christian providence intervening in this division I call it the AFC West Bank folks. When your going rosary-to-rosary with the biggest baddest pious-est group of signal-callers this side of the Vatican you are going to need God on your side at crunch time and the Broncos just dont have enough goodwill built up to overcome there more spiritual opponets. Tebow would solve that problem and turn there greatest weakness into instant salvation.

And sure Tim isn’t going to be on the cover of popular mechanics anytime soon with his awkward delivery, but he has the clutch gene in a big way and thats what the Broncos need. Denver have been trailing by at least 6 points in the fourth quater of every single loss this year, and they have ZERO wins in those games. You know who was great when it mattered most? Thats right, Tim Tebow. Mr. 4th Quarter. Ol’ Timmy “Tebow Time” Tim Tebow. If you think Tebow dosen’t figure out a way to perform a miracle in that game vs the Chiefs you don’t know how football and effort works. I call him “The Spreadsheet” because while all you stat nerds are out there crunching numbers, he simply Excels.

But instead of playing to win and bringing back the progidal son, Gary Kubiak and John Elway got caught playing not to tie. You know who else liked to play knot to tie- thats right David Carradine and the singer from INXS. And just like Kubiak they choked, folks. 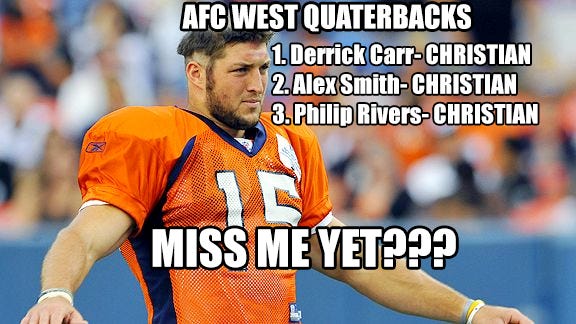 Sean Taylor past away 9 years ago Sunday, and I will tell you in front of God, Jesus, and Gods Friend with Benefits Mary that he was the best football player to every play. The thing about Taylor was if you watched on TV you would barley even see him on his feet. He would just come flying from outside the frame of your TV in the air and smash into the ball carrier or would-be recever like a artillery shell that could change direction like a hummingbird with hands like a wide recever. My favorite play of his was when he literally outjumped Randy Moss in his prime for a jump ball, deflected the pass, then deflected the pass AGAIN with the same hand while he was on his way down, while simultanously managing to slam Moss’s head into the ground.

Sean Taylors death may of inspired me more then any other event besides Rush Limbaughs tenure on NFL Countdown to get into the NFL takes business. Colin Cowherd and Mike Wilbons reaction to a athlete in the hospital fighting for his life was to call him a thug and blame him for getting shot, while it turns out his house was getting robbed and he was protecting his finacee and baby daughter with a god damn machete. When I heard that I figured that the world was on the precipece of a explosion in the field of takes and I wanted to cash in.

1. Colin Kapernicks needs to answer for wearing a Fidel Castro shirt. Does he realize that by making such a statement he is telling numberous NFL fans that they dont matter to him? Sorry but if your going to make a political statement you should be able to back it up 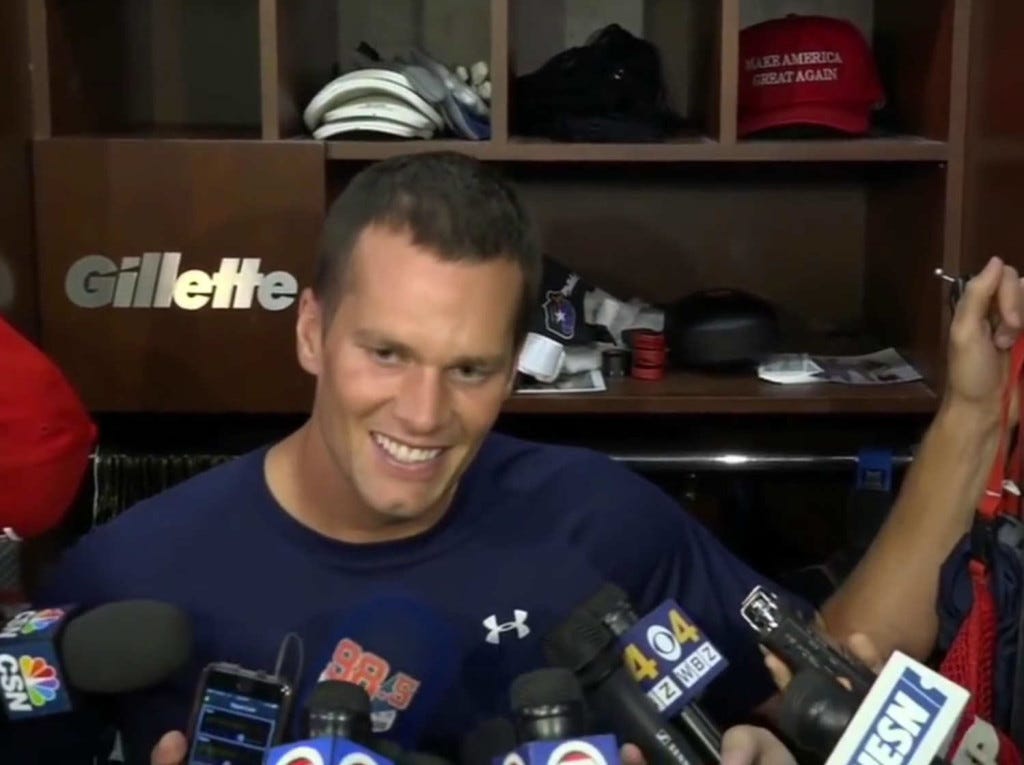 2. TFW your state of the art securty system gets hacked by a guy with a coat hanger:

In case you missed it, RG3 had his and his girlfriends wallet stolen out of his car that was parked in the Browns players lot during Sundays loss to whatever football team was playing against the Browns. The money was taken either by a stranger, a valet, or maybe he forgot that he spent it all on medical copays. And if you think that just because your parked in the Browns players lot that means your safe from people who like to steal money why dont you just take a look at Jamie Collins contract.

Also- Just a little friendly PR tip for Griffin, maybe you dont need to necessary publicize the fact that your reckless with possessions. Anyone whose watched the all22 already knows that but getting your wallet stolen out of your car in the team parking lot is the equivlant of throwing a interception on a kneel-down. And blaming a $8/hour security force just goes to show that you still place a higher importance on mall security then ball security smh.

2A. (BTW I think I’m going to give Kuhn a permanent position as 2A because he never wears sleeves and supports the right to bare arms) Look at John Kuhn not being so much a road grader as a speed trap on this play:

You remember back when you use to play backyard football and your stepdad would be alltime QB because you would allways embarass him because your arm strength wasnt up to his standards? Well they should just let John Kuhn be alltime fullback for every team. After Global Warming hits from Al Gore farting directly into a small hole in the arctic ice shelf for 30 years or whatever,this guy will still be wandering the post-apoclyptic earth with a hard hat and a lunch pail  as the wind howls across a tree-less hellscape “KUUUUUUUUUHN.” I call this guy “the grittle” because he loves making pancakes folks.

3. I hate Star Wars and I dont think anyone else should like it. “A long time ago in a galaxy far far away”- talk about unrelatable. Wouldn’t of made it past the first interview at Buzzfeed much less to a table read if it came out today.

4. Not impressed with this Joe Thomas stat:

If you’ve never gotten hurt that means you’ve never played hard enough to get hurt. You should of left it all on thei field but you had some left over for the walk back to the locker room Indicitive of a culture in Cleveland that has made them complacent. As much as I hate to say it, this is why bringing RG3 in may of been good to change the culture from one that is obsessed with health into one that is obsessed with finding a way to sacrifice your body.

5. Ive noticed a major uptick in the prevelence of telestrator dicks in the past couple of weeks. Its got to be intentional at this point just look at this screenshot from the 49ers Dolphins game: 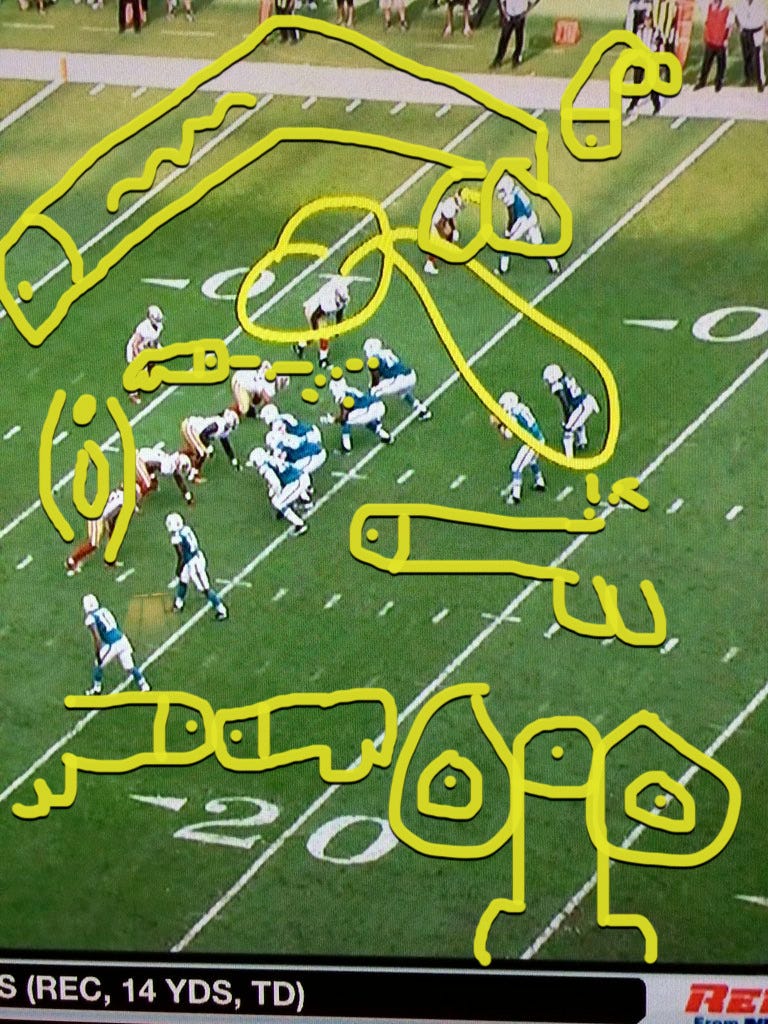 6. Mike Florio of ProFootball Talk (ever heard of it?) is reporting that The league is considering limiting color rush or at least Thursday night games as early as 2018. However, on the heels of the massive Redskins-Cowboys Thanksgiving game ratings they might be considering moving one game per week to Thursday afternoons at like 3 PM. Great excuse to miss work on a weekday and we’re home for supper.

People forget that no one cared that much about most of the games until fantasy football and its new meth-addled cousin, daily fantasy football. Its simple what needs to happen here and thats that the NFL needs to invent a new type of gambling. Maybe have a special codeword that when its said during a particularly shitt broad cast you give caller number 99 a 10% discount on the $350 Sunday Ticket plan. Make it a lottery. Like the wheel watchers club except you target one of the like 6 crappy matchups each week and you literaly force people to watch it. All of the sudden the Rams-49ers game pull’s in a 14.5 rating and the gravy train is back in the station.

7. TFW your standing on your buddies shoulders inside a large coat and robbing a bank so you can afford enough henchmen to kidnap Dick Tracy: 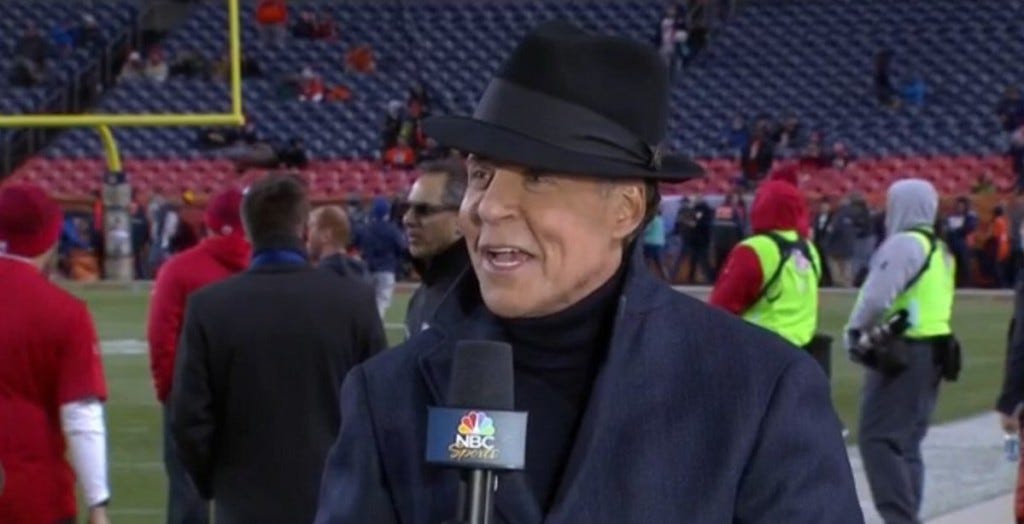 8. Hey Rob Gronkowski- this is what a real Patriot battling through a puntured lung looks like 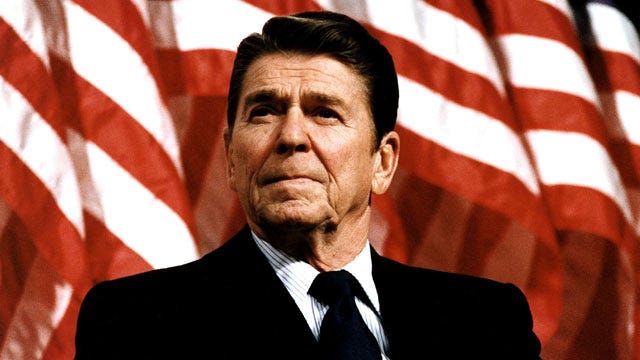 10. We had Danny Kannell on Pardon My Take this morning and he brought up a interesting point that former NFL players live longer then the average human. While its not necessarly true, you have to admit that it would be a great point had it been accurate.

Maybe one or two concussions might be good for you, but if you overindulge yourself you start running into trouble. Like its one thing to go out ona Saturday and get your bell rung once or twice but when you start doing it before noon on a weekday it might be time to slow er down. 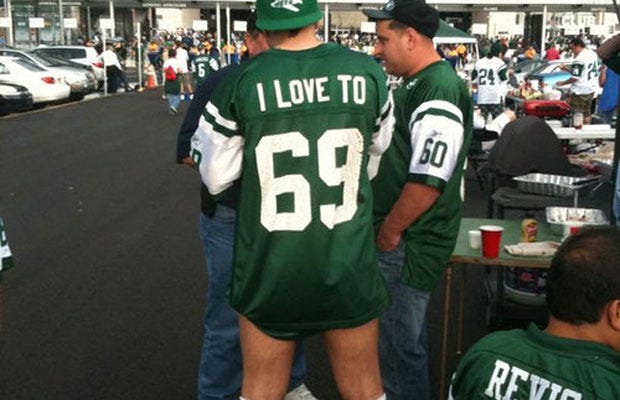