Doesn’t get more Swaggy P than that. Picks off a pass intended for his teammate, took 4 steps but since it’s the NBA it’s not a travel, and then buried the game winning 3. As I typed that last sentence I watched the Vine above again, it might have been 5 steps.

Gets the ball here: 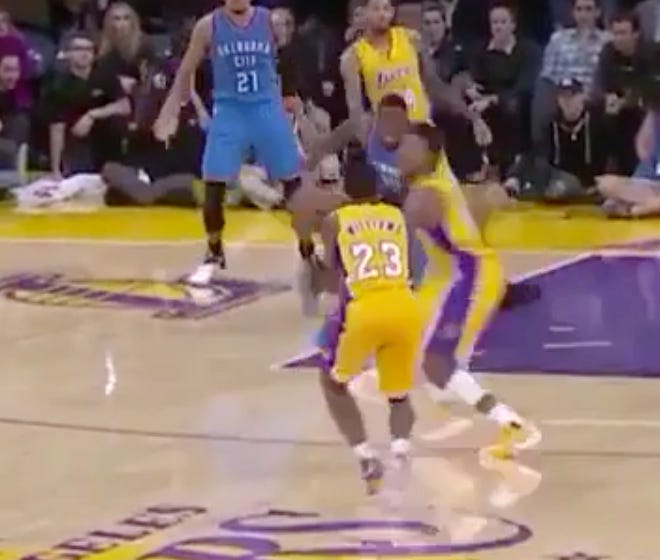 And shoots it here: 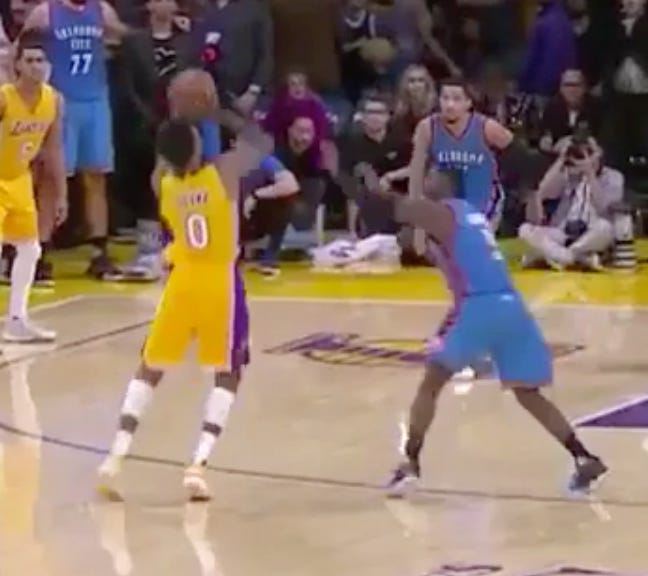 All without a dribble in between. I love it.

Swaggy P is the gift that never stops giving. His 14-0-0 lines of season’s past are my favorite things ever.

And he celebrated with D’Angelo Russell’s signature move

Guess they have made up from last season’s whole “D’Angelo leaking the video of Nick talking about cheating on his girlfriend” thing.

Also, it’s nice the Lakers have a real head coach this season, as apposed to last year where I’m pretty sure they just put a suit on random household objects and pretended to have a coach so Kobe could shoot the ball 30 times a game.