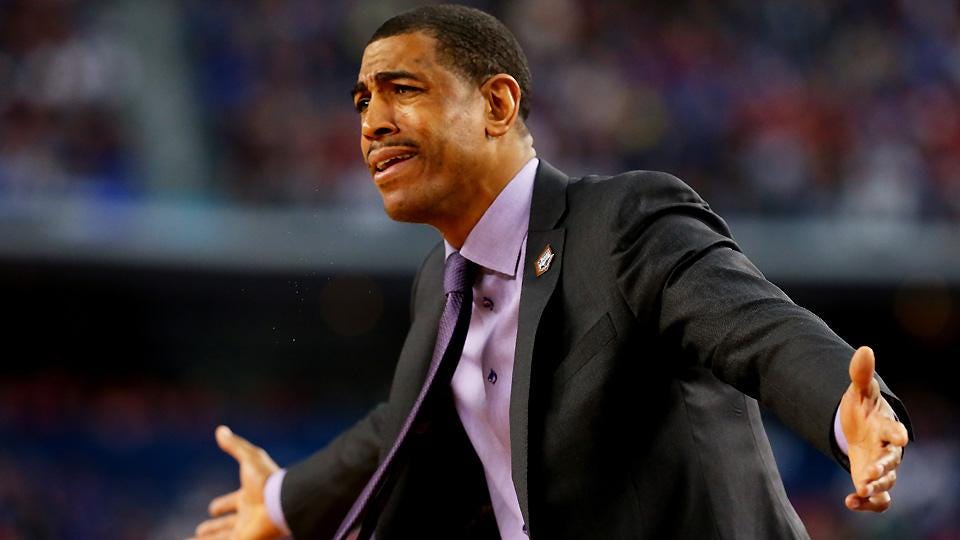 It’s Thanksgiving (essentially) which means everyone is mailing it in extra hard today in the cubes. So with that mindset, why not do a mailbag, where I can answer some of your questions as there are a million good games today.

Seriously, check out the schedule. Between the Battle 4Atlantis starting, Wisconsin/UNC, hell even Oklahoma State/Georgetown and Michigan at South Carolina, there’s basketball on all day. We’ll get right into the questions here.

Using the AP rankings here, the best team that’s not ranked is Seton Hall. A lot of people wanted to overlook them once Isaiah Whitehead declared for the NBA Draft, but this is a team that will compete in the Big East (second best conference in America) and have a decent NCAA Tournament seed. The improvement of Khadeen Carrington has helped alleviate the loss of Whitehead. Myles Powell is a name to keep an eye on. He’s a freshman who isn’t garnering the same attention as the big name guys but he’s averaging over 15 per game right now with an ORtg of 128.1. They have a great chance to get a quality win on a neutral court against Florida tomorrow. After Seton Hall, Miami and Dayton are two teams that would also be appropriate answers.

There are two keys for St. John’s here. The first is to keep forcing Michigan State to turn the ball over – they are one of the worst in the country right now, turning it over on 23% of possessions. Second is winning the rebound margin. Michigan State is undersized, which in turn has led to them getting outrebounded quite a bit. Granted two of the games were Arizona and Kentucky, it’s still shocking to see Michigan State in that light. St. John’s has players and athletes who can really crash the glass. I think Michigan State finally figures shit out though. The near loss to FGCU led to a hellish week of practice and the line being just -7.5 should be low enough to take.

Based on just right now the three best teams in the Big 10 are Wisconsin, Michigan and Indiana. I do think Michigan State eventually gets there, but we’re talking about just what we’ve seen at this moment and what the current roster looks like. I don’t think they are frauds at all. Wisconsin lost on the road to a real good Creighton team, while Michigan is undefeated. Personally, I think Michigan was devalued a little bit coming into the season and that’s due to the injuries the last couple of years to Irvin and Walton. They were almost forgotten about when looking at the Big 10. Yeah, Indiana lost to Ft. Wayne and it’s a shitty loss, but that’s Ft. Wayne’s Super Bowl. Plus they have the neutral court win over Kansas. I still have Wisconsin in the Final Four if you ask me to make picks, because I think they realized playing through Happ and Koenig is the best thing for that offense.

I mean they are one of the best in the country by far. I love how Frank Mason (obligatory reminder to YouTube ‘bitch, I’m Frank Mason’) has turned into FU mode and is looking like an All-American and Devonte’ Graham is one of the best players no one talks about. However, I still think Kentucky will eventually be the best backcourt come March. We’ve seen the improvement from Isaiah Briscoe, with his ability to finish in the lane and an added jumper now. Malik Monk is a streaky shooter, but when he’s on it’s impossible to guard and then there’s De’Aaron Fox who is made to get into the lane and distribute. Other backcourts I like are Creighton, Villanova and UCLA.

No, it can’t be Jalen Adams. This team needs to defer Alterique Gilbert at the point guard spot. Adams is so damn careless with the ball that it’s a nightmare trying to watch them against a trap like we saw against Oklahoma State. Ollie should slide Adams to the wing with Purvis and run three guards with Gilbert being the primary ball handler. This UConn team is too talented to be where they are now and need to do something different. When Gilbert comes back healthy that has to be the play.

While most of the tournaments have started or have finished already we still have the Battle 4 Atlantis, AdvoCare Invitational, NIT Season Tip-Off, DirecTV Wooden Legacy, Continental Tire Las Vegas Invitational, Emerald Coast Classic, Barclay’s Center Classic. So here’s who I think win each one:

I don’t think it’s ‘smaller teams’ as I think it’s the same in college basketball. Whoever has the best guard play wins. You see it every year, you have to have a good point guard and solid wings to win in college basketball. I mean a team like Indiana is deadly shooting the 3, and they are by no means a small school. If you don’t have a quality guard though, you can cancel your team already.

Podcast: I know you’re bored in the cubes or on your drive home, so I sat down with Terrence Payne of NBC Sports to talk a little early season action. We look at teams and players that have surprised us and left us wanting more. We also discuss what teams we think are for real. Check it out: