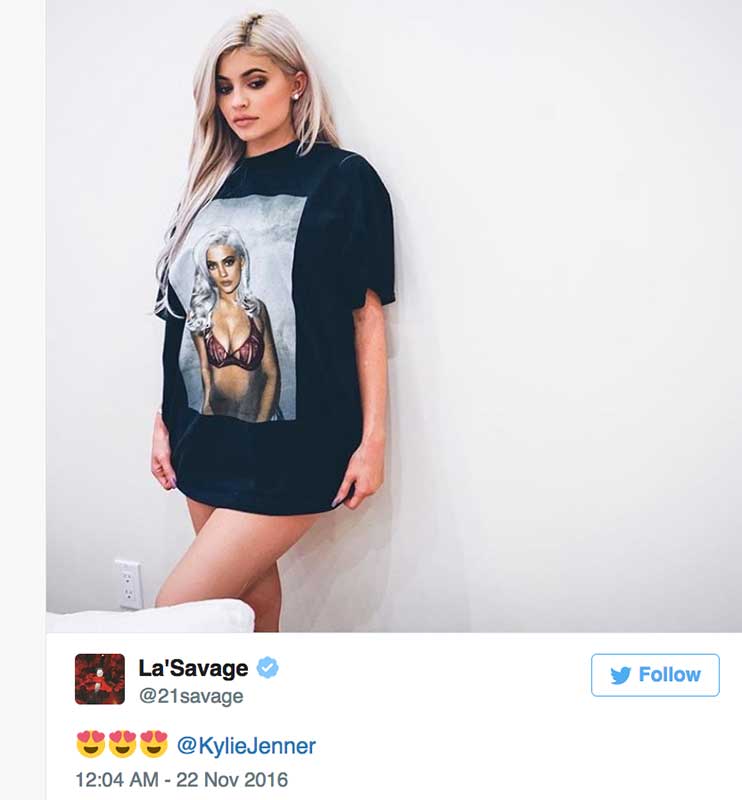 It all started last night when the hip-hop star posted a pic of Kylie on Twitter, with hearts. Kylie appeared to like it so much that she started following SAVAGE on Instagram.

Please, no one tell TYGA about it . . . the media might say he’s having a BREAKDOWN.

I’ve really run the gamut of emotions on Tyga over the last few years. There were points where I found him so hateable and sketchy that you have to admire it, like when he reportedly borrowed millions from Kylie and didn’t pay it back. I was perplexed when he was stepping out on Kylie to allegedly to fuck 14-year-olds or trans hookers. And I mostly just hate him for being able to rail Kylie at will during a time when she’ll probably never be more attractive and successful.

But one thing I know now is that I REALLY want to see 21 Savage steal Kylie away from Tyga more than anything. I love 21 Savage, dude’s a beast in his songs and while he’s huge in certain demos right now, pulling down Kylie would do wonders with helping get him out there more. And I also love how it would be such a shot right in the heart of Tyga. This dude who’s a rapper who’s selling out shows and actually good at what he does posts ONE TWEET and all of a sudden there’s at least a 10% chance he’s swooping Kylie out from under Tyga with just that slightest bit of effort. It’d be such a slap in the face to Tyga to the Beauty and the Beast-style Stockholm Syndrome he’s had over Kylie for the last few years. My favorite sexy fame whore with my favorite mixtape rapper AND crushing Tyga’s ego in one spurt? Win win.

Also I’d be lying if I said 21 Savage’s profile going up might not be the worst thing for shirt sales. 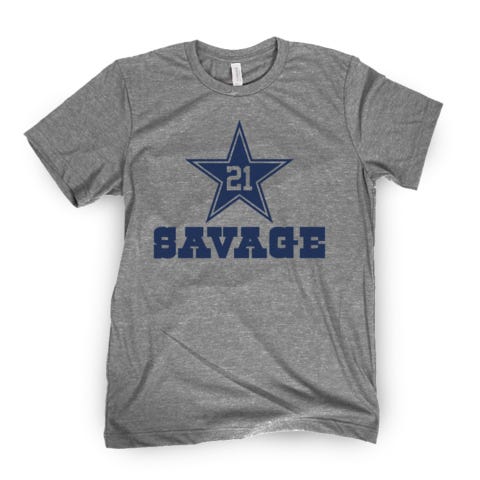 I’m less invested in this other shirt’s success but since we’re on the topic buy this shirt too since I like Caleb: 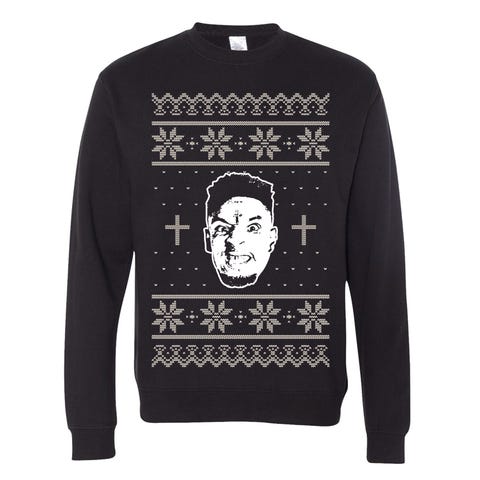