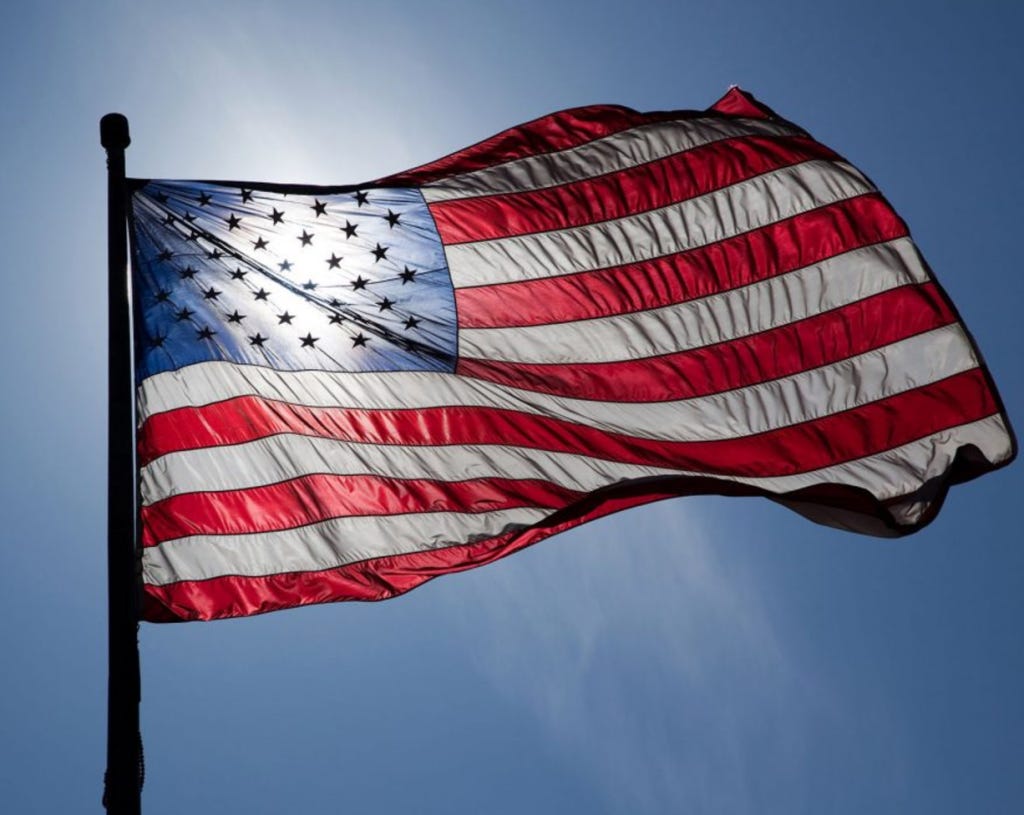 AMHERST, Mass. — A Massachusetts college is removing the American flag from its campus.

Days after the election, someone burned the American flag at Hampshire College in Amherst.

The school then put up a new flag and lowered it to half-staff, in solidarity with those fearing a Donald Trump presidency.

That sparked backlash from those who see the flag as a symbol for all that is great about America.

School leaders have decided to remove it entirely.

“If we could remove the conflict over the symbol and get to the real issues underneath, there would be a chance for real learning,” Jonathan Lash, president of Hampshire College said.

This is fascinating…the American flag is a “complicated symbol”

The flag itself is a complicated symbol, Lash noted in an interview with WBUR.

“For me personally, it is a symbol of the highest aspirations of our country, the things that I believe in that our country hopes to provide, in terms of liberty and opportunity and justice,” he said. “But I simultaneously am profoundly aware of the difference in perception for marginalized communities who, as one student said to me, wake up every morning afraid, and who felt deeply and personally threatened by the toxic rhetoric, the racist rhetoric and Islamophobic statements during the campaign.” [WBUR]

And how about this move? 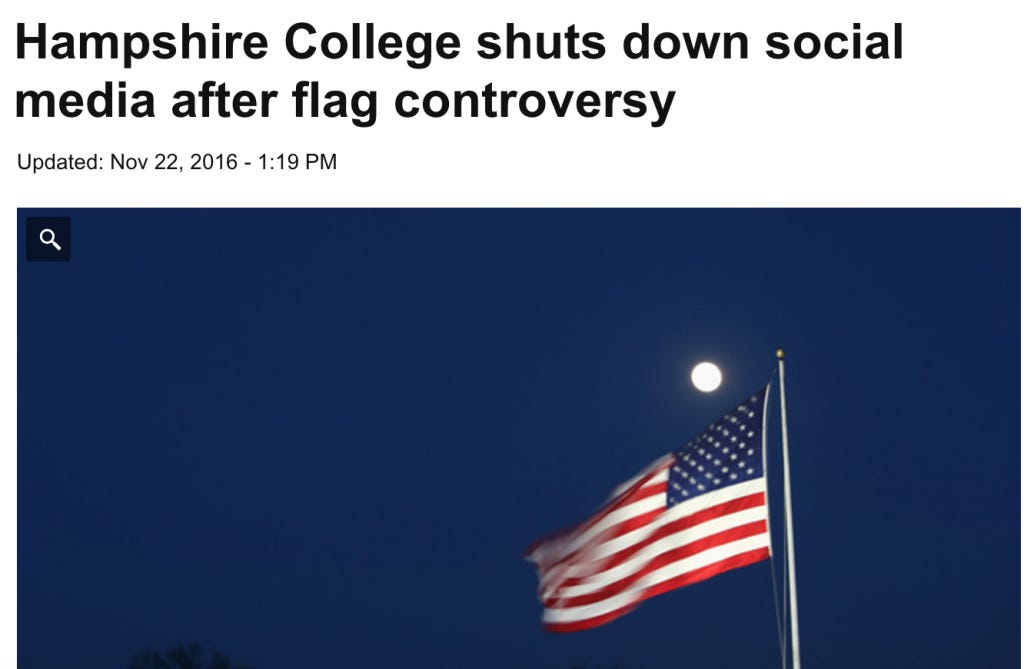 AMHERST, Mass. – A Massachusetts college has stopped flying all flags on campus after an American flag was burned following the presidential election and that decision has led to another drastic shut down.

Hampshire College decided to shut down social media after a firestorm erupted in the wake of the flag controversy.

Shutting down social media!! What is this fucking North Korea?? Cowards.

I absolutely do not understand stories like these. How can an American themed party oppress other Americans? I mean aren’t all nationalities that live in the United States considered Americans? Isn’t that what makes us great? We’re a huge melting pot? I just don’t understand how an American party in America isn’t inclusive enough? Is Loyola sneaky on a Native American Reservation or something? Then I would understand people being pissed, but having a pro America party in America? What gets more American than that? What can be more inclusive than that?

Also, my favorite quote was from this dude:

Christopher Benedetto of Ridgefield, Connecticut told 22News, “They can be upset, but, they don’t have a lot to worry about. They’re going to a pretty nice school. I’m sure things are pretty good for them. They need to show it a different way, basically.” [WWLP]

If I had a dollar for every time a private liberal arts college with an overwhelming majority of white students and a $50K+ tuition was at the forefront of a protest I’d have enough to buy a new country to send them all to where they wouldn’t have to worry about the American flag.