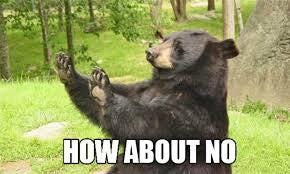 The Bruins dropped a 4-2 decision to the St. Louis Blues last night but that wasn’t the worst news to come out of North Station. Defenseman Zdeno Chara, who had returned to his stalwart ways this season, left the game early in the second period after a hit from Jaden Schwartz and did not return. Unsurprisingly with the tight-lipped Bs, there was no info available after the game.

If Z is going to be gone for any significant length of time, it’s going to cause a huge hole in the line-up that Colin or Kevan Miller can’t fill. Paired with impressive rookie Brandon Carlo, Chara has been the team’s second most important player after Tuukka Rask this year. The two have formed a formidable duo and while Chara may not be the Norris candidate of a couple years ago, he’s most certainly a viable #1 NHL defenseman again.

It was hardly a coincidence that Carlo’s game faltered once Chara left and the Bs squandered three goals in just under 13 minutes as they saw a 1-0 lead become a 3-2 deficit. We should know more later today about the Captain.

The Bs did jump out to an early lead when David Backes went hard to the net.

Dom Moore, who has been an excellent signing thus far, notched his fifth goal of the year with his second short-hander.

But the discombobulation that resulted in the wake of Chara’s departure sealed this one for the Bs despite their strong effort (41 shots, all but John-Michael Liles had at least one). Jake Allen was excellent for the Blues in stopping all 17 third period shots, including several huge saves that kept the Bs from knotting it up.

Losing the game, the Bs can live with. But we can’t say the same about losing Chara. Let’s hope he’s fine.

The Bs play a Thanksgiving tilt in Ottawa tomorrow night to go along with your pigskin then host the Calgary Flames Friday night.

Happy Thanksgiving to everyone. Enjoy your day.