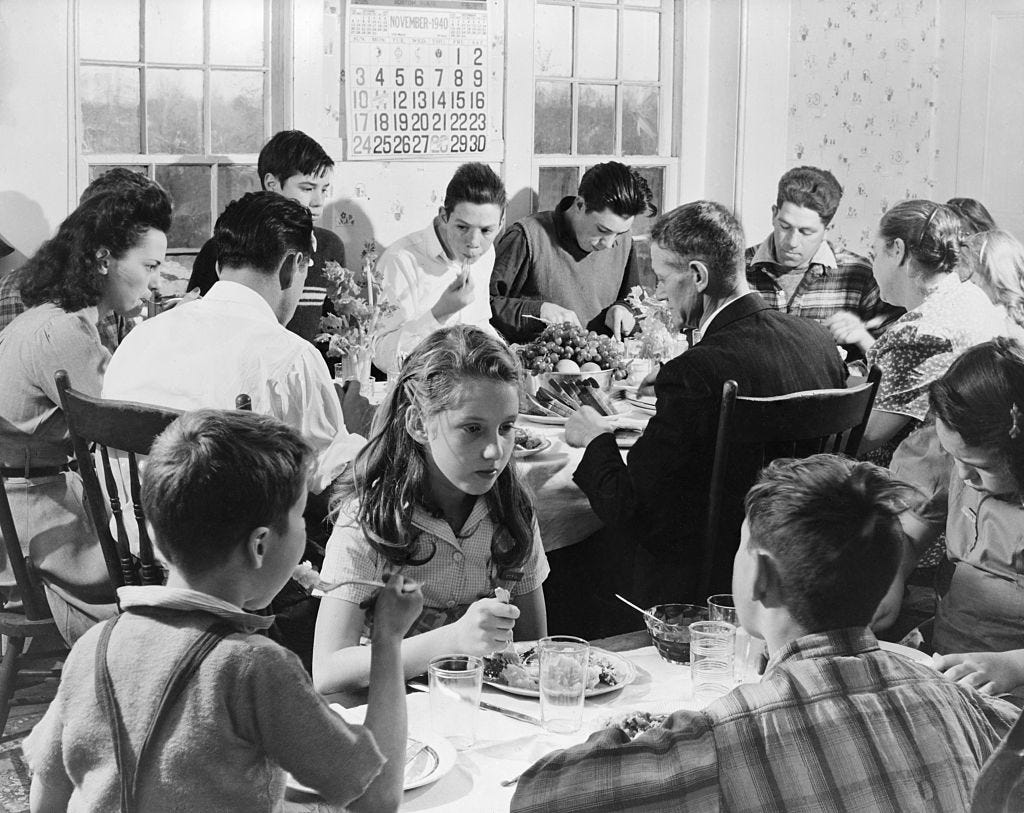 NY Times — Matthew Horn, a software engineer from Boulder, Colo., canceled Christmas plans with his family in Texas. Nancy Sundin, a social worker in Spokane, Wash., has called off Thanksgiving with her mother and brother. Ruth Dorancy, a software designer in Chicago, decided to move her wedding so that her fiancé’s grandmother and aunt, strong Trump supporters from Florida, could not attend.

The election is over, but the repercussions in people’s lives may be just beginning as families across the United States contemplate uncomfortable holidays — or decide to bypass them — and relationships among friends, relatives and spouses are tested across the political divide.

GENIUS move to avoid family on Thanksgiving. Very smart. Have to respect it. Look, dealing with family and extended family fucking sucks. The generational gaps. The weird hugs. Some people are super sober and into church and children and pets and shit. Others are super drunk and into sneakily getting blackout and passing out with in a tryptophan/alcohol-induced coma with football playing in the background. It’s a very mixed scene. Despite sharing DNA, family is generally a group of individuals that are very different yet forced to hang out with each other. It’s insane. There’s a reason athletes gravitate towards other athletes, theater weirdos gravitate towards other theater weirdos, Nate gravitates towards the night time, hot chicks gravitate towards me — people like to spend time with people that are like they are. And people do not like to spend time with people that are not like they are. You really think the pilgrims and indians had some electric conversation when they plopped down to eat together? No, Edison didn’t do his electricity gig for another 258 years and the pilgrims + indians were just like “hey we agree to not kill each other and to exist near each other while watching each other’s backs good luck out there.” That was it.

Sure, some family is cool and enjoyable but on the whole it’s a goddamn crazy social scene. And this whole Trump saga is a phenomenal excuse for anti-Trumpers to straight up avoid family on the holidays. Like look at this story.

…she and her fiancé looked at their guest list and decided to hold their wedding in Italy, a distance too far for the relatives to travel. “I just don’t want them around me on the most important day of my life,” she said.

Yeah okay, like these people are the first to get married in Italy? And like they only did so because pro-Trump people are too traumatizing? Stay woke for me one time people. This couple hated their family years ago.

PS — My family rotates who hosts Christmas every year and no joke I had a family member cancel Christmas one year because it was snowing. Cancel Christmas. Because it was snowing. Everyone was baffled but I always thought it was a genius move that must’ve felt so good — like when you cancel plans, order a pizza and hop into bed to binge watch TV all night. Best feeling in the world.