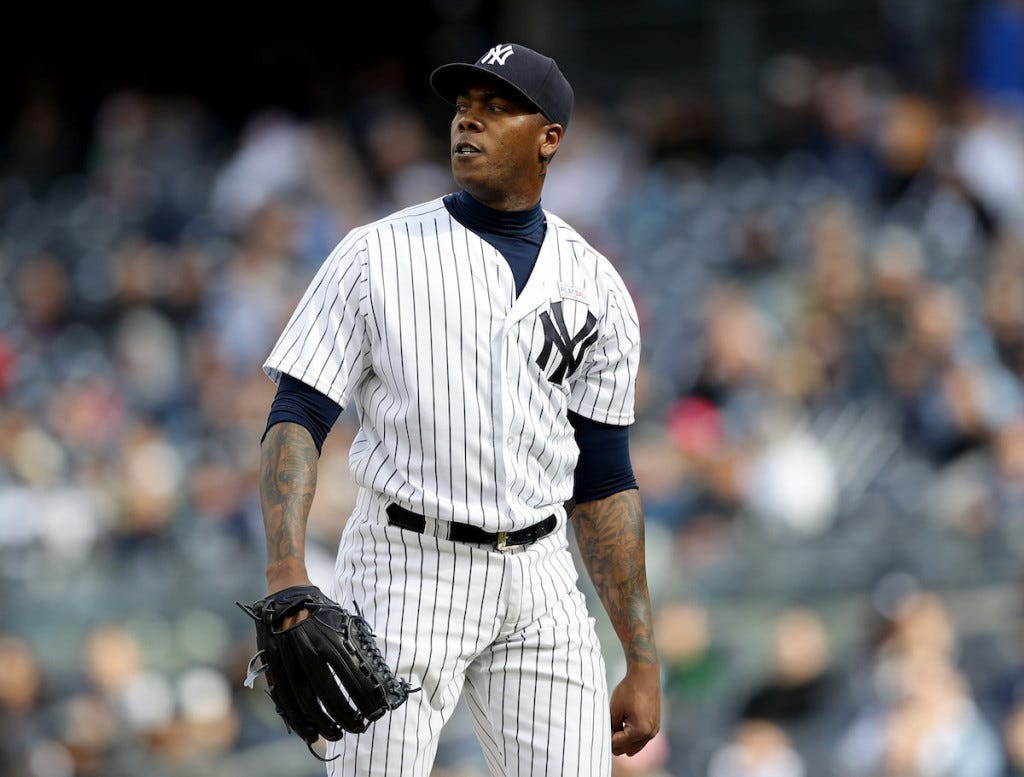 The first shoe has yet to drop, but this is going to be remembered as the offseason of the relief pitcher.

Why? There are a few reasons why, actually. I think the biggest reason why some of these relievers are going to get boatloads of money is because this year’s free agent class for starting pitching is a joke, so teams have to find new areas in which to allocate their spending. The other big reason is that we’ve seen a major shift in how teams value having a good to great bullpen. Everybody saw what the Kansas City Royals built with their bullpen, which carried them to consecutive World Series appearances, and now everybody wants a super bullpen.

It worked for the Royals in 2014 and 2015, and it certainly worked for the Cleveland Indians this past October when Cody Allen and Andrew Miller each made 10 appearances, threw 33 innings, and combined for a 0.82 ERA, a 0.91 WHIP, and 54 strikeouts in the postseason. But the super bullpen model didn’t always work for others. Others, as in, the Yankees. Last offseason, the Yankees tried to assemble a super bullpen of their own with Aroldis Chapman, Andrew Miller, and Dellin Betances. Oddly enough, the Yankees didn’t really start to take off until after they traded both Chapman and Miller. There was no direct correlation, obviously. They were the two best pitchers that the Yankees had. It was because of the integration of young players that followed when New York cleaned house.

With the Yankees raking in a billion prospects since this past summer, they’ve committed to shifting their focus towards building a younger roster that’s constructed to contend consistently, instead of the old fashioned Yankee way, which was shell out tens of millions of dollars on veteran free agent players, who are only going to hurt the club during the latter years of those contracts. With the exception of guys like CC Sabathia and Jacoby Ellsbury, the Yankees are almost free of all players who fit that description. Mark Teixeira retired, they released Alex Rodriguez, and traded Brian McCann, although they still owe A-Rod $21 million in 2017, and are giving the Astros $11 million over the next two years for McCann. However, the most important part is that they’re no longer occupying roster spots that could be given to a younger player worth committing to as an everyday player.

That brings us to the main point, which is Aroldis Chapman, who was very candid about wanting to return to the Yankees as a free agent.

“The organization treated me first class,” he said, “And the fans were like no other.” He also said, Chicago fans are great but there is something about a Yankee fan that is hard to explain. I asked him straight out, if the Yankees were his preference in the free agent market and he said, “I would love to be a Yankee again.”

If you’re the Yankees, do you even do this? Chapman reportedly is seeking a contract worth $100 million. When I wrote about that report, I broke it down and simplified it to the point where a contract of that size could actually be justified, given Chapman’s ability, age, and experience. However, if you’re the Yankees, you’ve clearly put in some serious planning towards building a future, a plan that includes phasing out these monster contracts.

As of right now, the Yankees have committed roughly $136 million to their 2017 roster, including what they owe A-Rod and McCann, but that’s not including what figures their nine arbitration eligible players will receive, so they’ll still be a team that has upwards of a $200 million payroll. Are they going to add a five-year deal with an AAV of $20 million for a relief pitcher on top of that? Chapman would join Sabathia, Ellsbury, and Masahiro Tanaka as the Yankees who would be owed at least $20 million next year.

I mean, don’t get me wrong. For as much talent as they’ve got coming through the pipeline, and for as well as they played as a team after trading Chapman and Miller, the Yankees bullpen had a 4.10 ERA and a 1.36 WHIP after those two were dealt, which ranked 21st and 22nd in the majors respectively. Sure, their young talent is still very inexperienced, but the Yankees can one thousand percent contend in 2017. However, they’ll need to address their bullpen. Chapman instantly makes any bullpen significantly better, but I question whether or not the Yankees would be willing to make a sizable financial commitment like that, which is one of the most hilarious sentences I’ve ever written in my life.