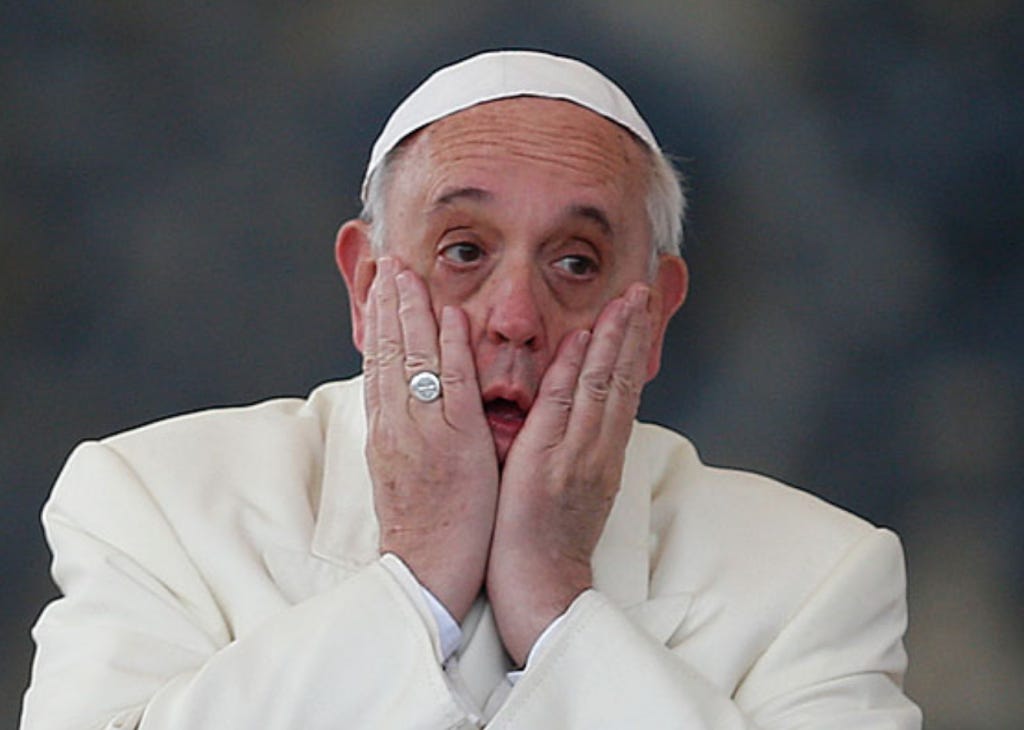 (CNN)–Pope Francis has extended indefinitely the power of Catholic priests to forgive abortions, making the announcement in an apostolic letter released Monday. It continues a special dispensation granted last year for the duration of the Year of Mercy — which finished Sunday — which gave all priests, rather than just bishops and specially designated confessors, the power to absolve the sin of abortion. While the practical effect of Francis’ announcement remains unclear, it draws attention to the prevailing theme of his papacy: That the doors of the Church must remain open, just as God’s forgiveness and mercy extend to all those who repent from sin.

Phew! Just in the nick of time, when we were all worried that there wouldn’t be enough to discuss at the dinner table this Thanksgiving, Pope Francis comes out and says that abortions can be forgiven with a few Our Fathers. Be sure to bring that one up with Nana as you ask her to pass the cranberry sauce (the canned kind, of course, the fancy cranberry sauce can go right to hell along with all those people who had an abortion before yesterday).

But, ummm, question: when are we gonna acknowledge that the Cool Pope is just an atheist? At this point I’m pretty sure he’s a splinter cell set to take apart the Catholic Church from within. I mean the dude asked who he is to judge gay people, for god’s sake! Frank, you’re like the guy to judge gay people. Pope Francis saying he won’t judge gays is like a deep safety saying it’s not his job to knock down a Hail Mary. Cool Pope is also cool with contraceptives sometimes, not totally against divorce, says living in sin can be OK, thinks atheists can be good people, and now doesn’t think killing a fetus is the worst thing you can do. Don’t get me wrong, all awesome beliefs for a regular person, but not sure they’re totally in line with the bible, which, from what I hear, is a super important part of Catholicism. At some point you’ve gotta call a spade a spade and I’m pretty comfortable saying Pope Francis is just a regular dude.