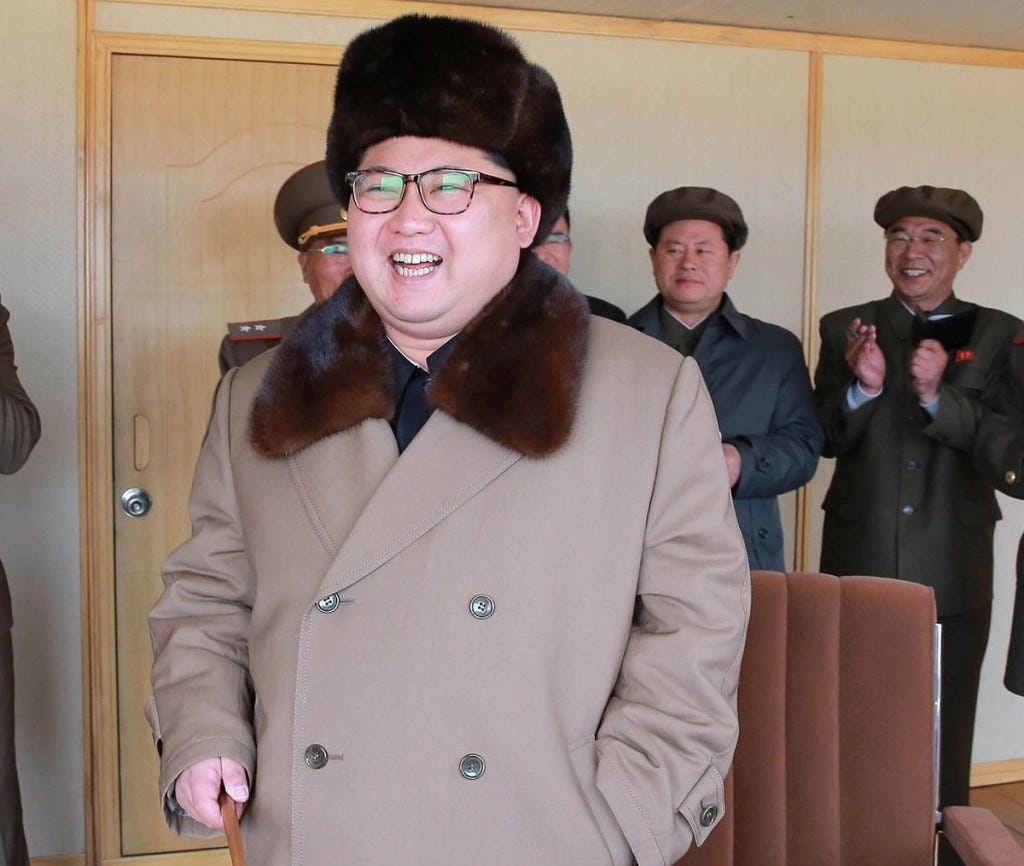 “Kimmy! Kimmy! Who are you wearing tonight?”

“The heart and soul of every man who ever once crossed me. By Marc Jacobs”.

We talk about dynasties every so often on this here website. We talk about how dominant the Pats have been over the past decade and some change. We talk about how the Blackhawks have won 3 Stanley Cups in the past 6 years. The Warriors have a chance to be a dynasty. The Cavs have a chance to be a dynasty. But has any one team or one individual put on performance as consistently dominant as Kim Jong-un dressing like a total baller shot caller for 9 years straight? That’s unbelievable. I mean actually stop and think about that. 9 years. That’s 3,285 days. Maybe even 3,287 if you throw a couple leap years into the mix. And in all those days, not a single person has dressed better than Kim Jong-Un in the Democratic Peoples Republic of Korea. Just an unreal run that Kimbo Slice is on right now. And sure, it helps that our Supreme Leader makes the majority of people in North Korea dress homeless chic. But still. That’s 9 years in a row of being the camp. Of being the hottest hawt boi in the league.

Now let’s run it back and highlight some of Kim Jong-Un’s most iconic looks throughout the years. 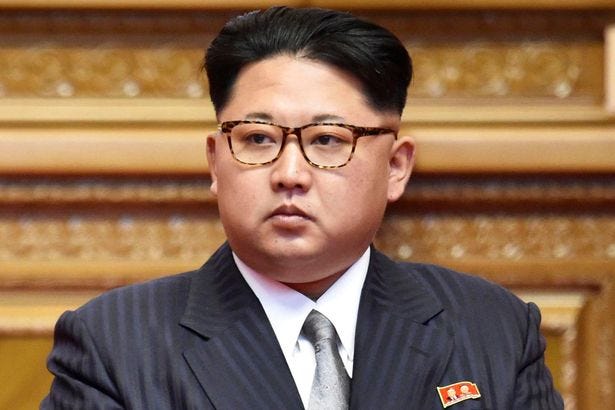 Is that Kim Jong-Un or is it George Clooney? What a handsome sonofa bitch. 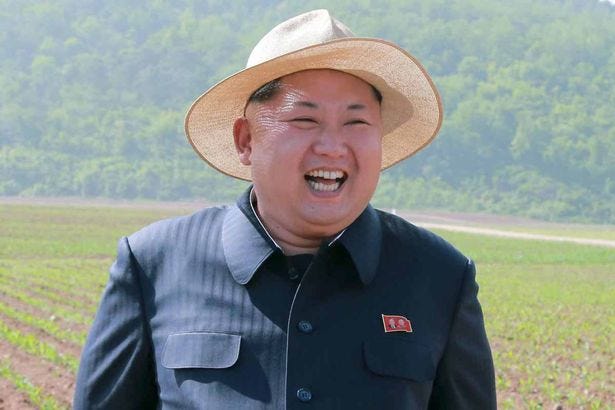 Love this look from Kimmy J. Looking so jubilant and flirty. Such an icon. 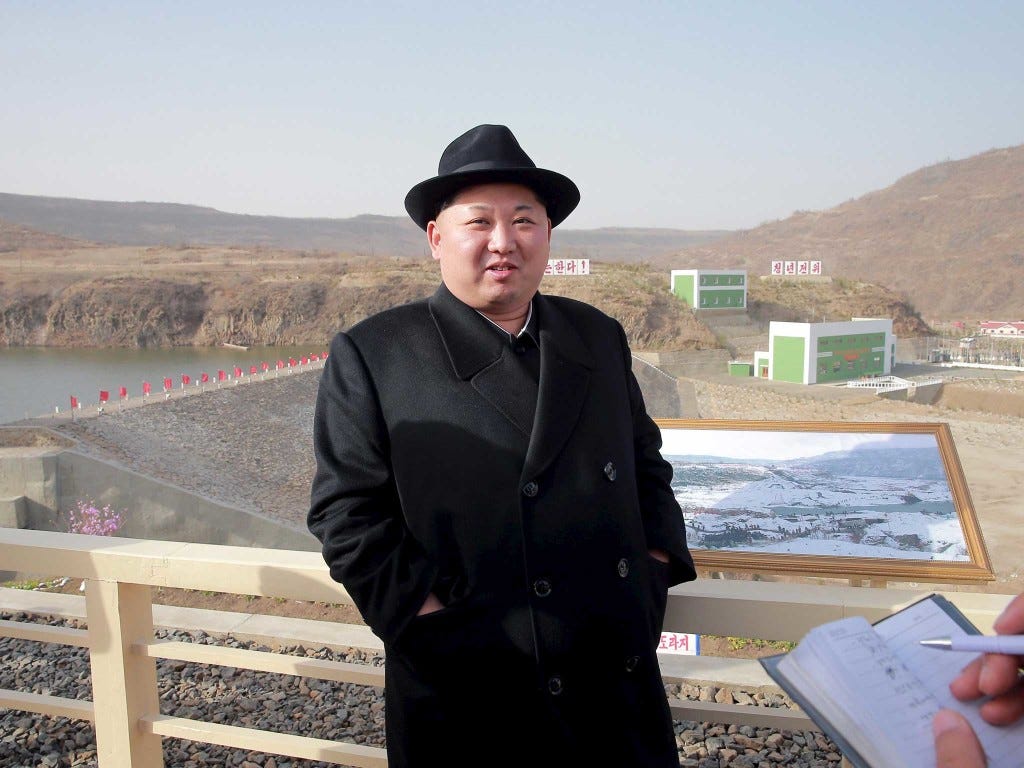 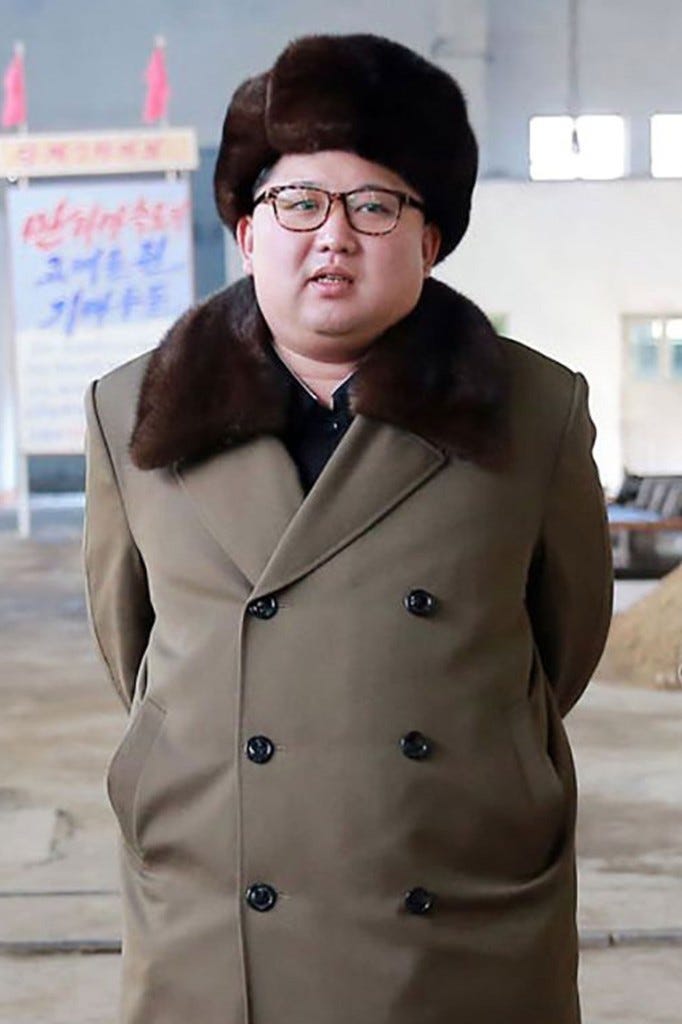 When Global Warming makes it 65 degrees in November but your winter wardrobe is too sexy to waste in the closet for any longer. 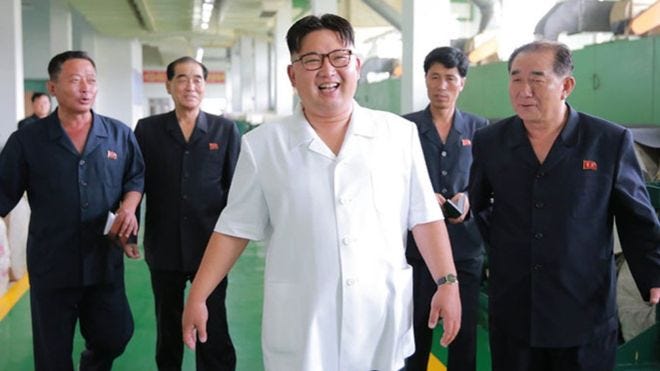