It turns out that not only does Benjmain Lee McAdoo look like a substitute teacher, but he coaches like one too. There was nothing worse than when the teacher shook up the seating chart. No longer sitting next to your buddies threw everyone into a tizzy. Plus the sense of organized chaos filled the room for the first few days after the switch. But you know what? It worked. Kept you focused. Whether you had a big test coming up or had games coming up against the awful Bears and the Browns. Yesterday is the type of game the Giants have lost a billion times. Come in riding high, about to face an awful team. And then they trip over themselves and have a slew of Must-Win games in December because of it. But not this time. Landon Collins’ pick probably doesn’t happen without switching the seats. Lando likely picked up exactly where Jay Cutler would throw that fateful pass instead of talking to Jackrabbit during meetings because of this brilliant coaching move. Actually Landon Collins likely still makes the pick because he is having an All-Pro season. Regardless, I cannot wait to see what Benny Mac has up his sleeves for another trap game in Cleveland.

Speaking of which, if you want to go to next week’s Browns game, tickets are VERY available. And less than the price of a beer at MetLife Stadium. Simply outrageous. 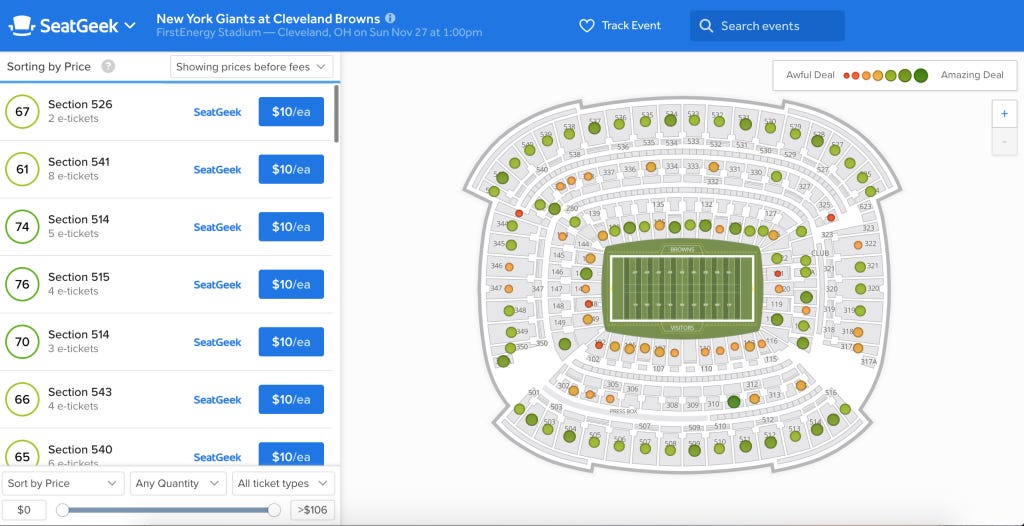 Make sure to go to SeatGeek and use promo code Barstool or Rundown or KFC or PMT or Dave or Portnoy or DavePortnoy.

And with that money you saved from buying a ticket to an NFL game for basically pennies, buy a Benny With The Good Hair shirt to support the coach that always finds a way to win. Whether its putting both Jason Garrett and the sun in his back pocket (while being the only coach to beat the Cowboys so far this season, nbd), showing clips of Game of Thrones or Step Brothers before big Giants wins. Or going for it on 4th down because he has enormous, likely abnormally large balls. Like “Has to buy special pants” big balls. 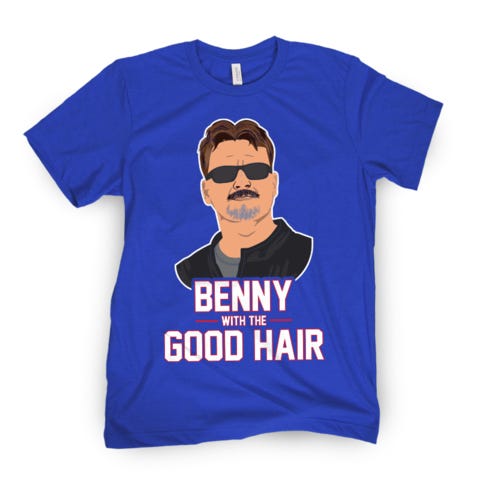 And of course for the ladies. 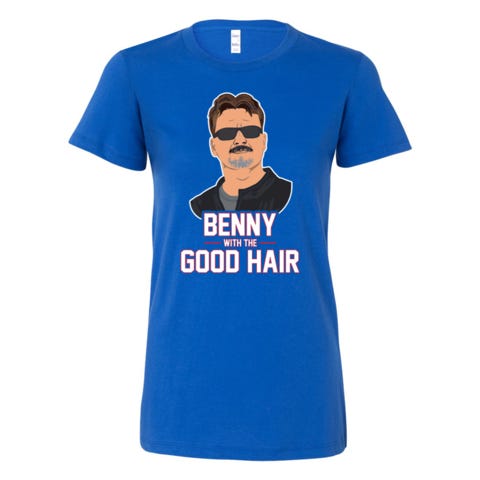 Not sure if I can get these green lit, but I’ll be damned if the man doesn’t deserve it. Only thing more breathtaking than his gonads is that vicious flow atop his dome. 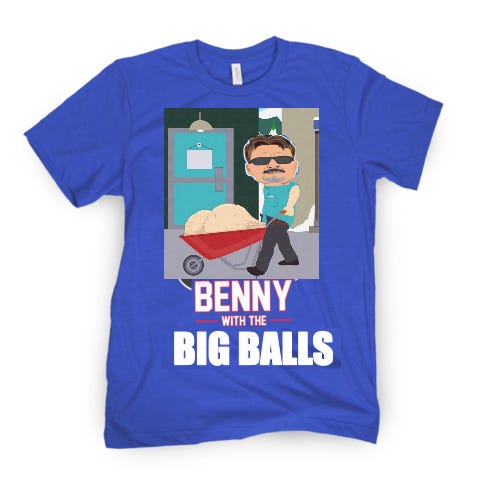