Game of the weekend – UF vs. LSU. Don’t forget the backstory – the original LSU/UF game was canceled because of Hurricane Matthew. Had our boy Clay Travis saying things like Florida was using it as an excuse to duck LSU.

LSU players chirping all over Twitter too. Seemed pretty clear from the jump that Florida didn’t forget a word of it:

That shoving match with a staff member convinced Leonard Fournette, who was going to sit out, to go in the locker room and get ready to play.

As for the actual game, LSU got stopped on a goal line stand to end it and give UF the 16-10 win and a clinch of the SEC East:

And Florida didn’t stop with just winning – stepped their troll game up to 1 trillion.

Sang the LSU pre-kickoff song in the locker room:

Bitch I’m For Louisiana! Doesn’t get more disrespectful than that.

McElwain remembered the trash talk too: 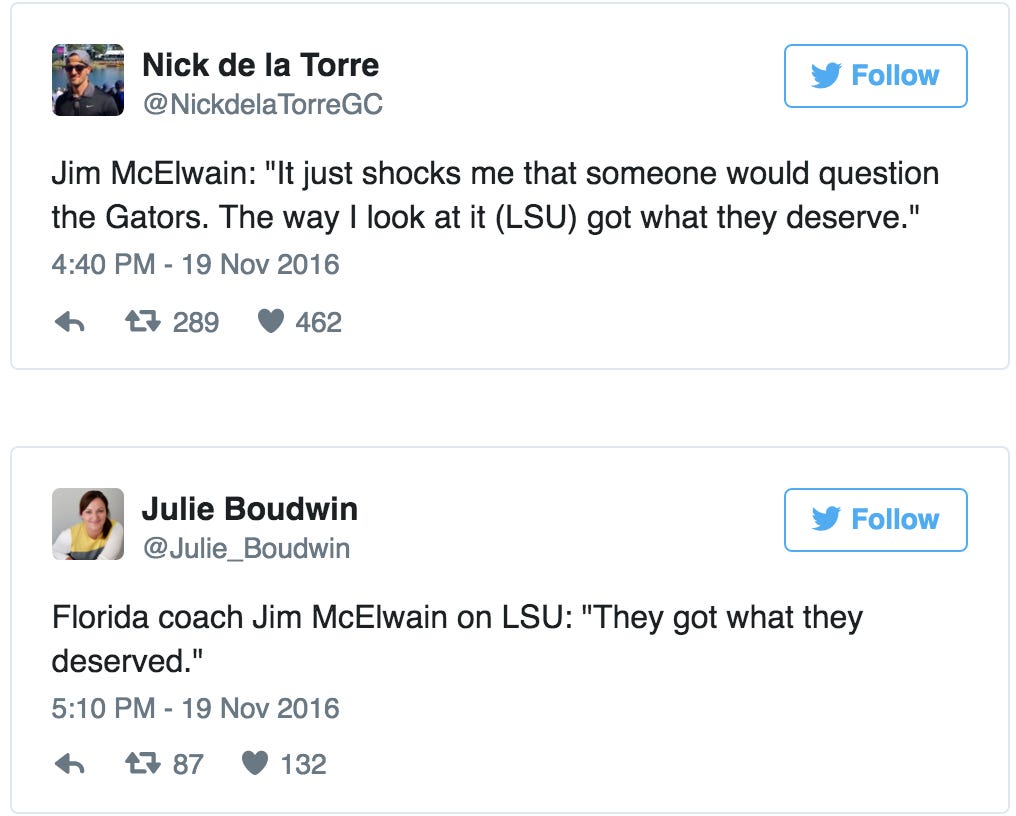 And of course the players did: 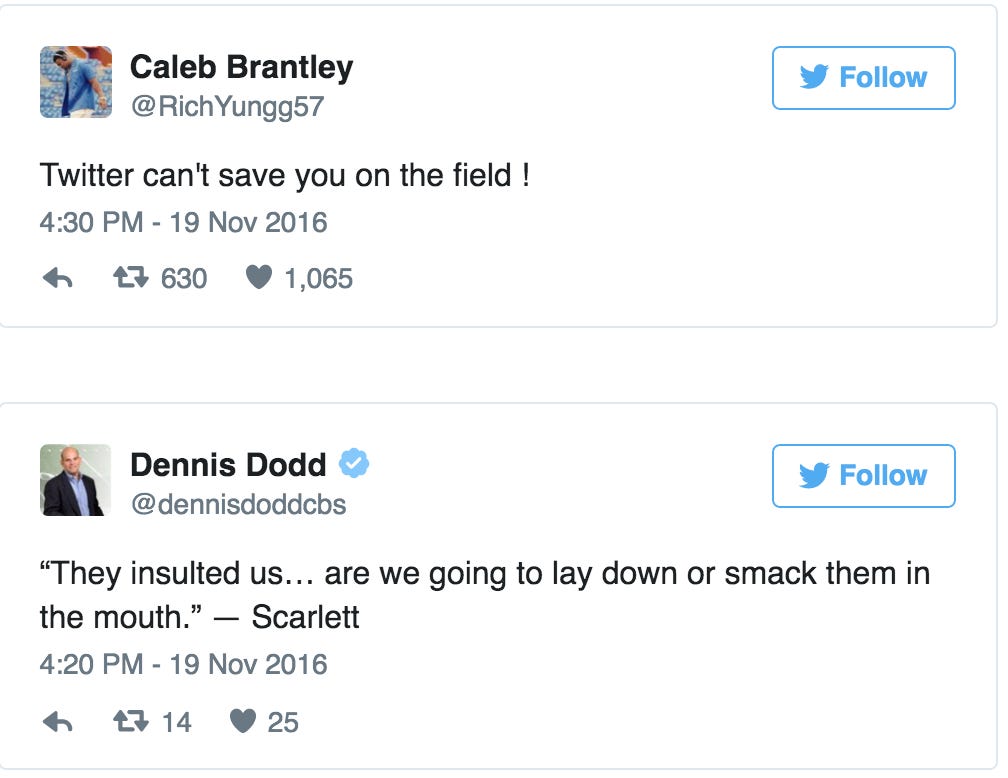 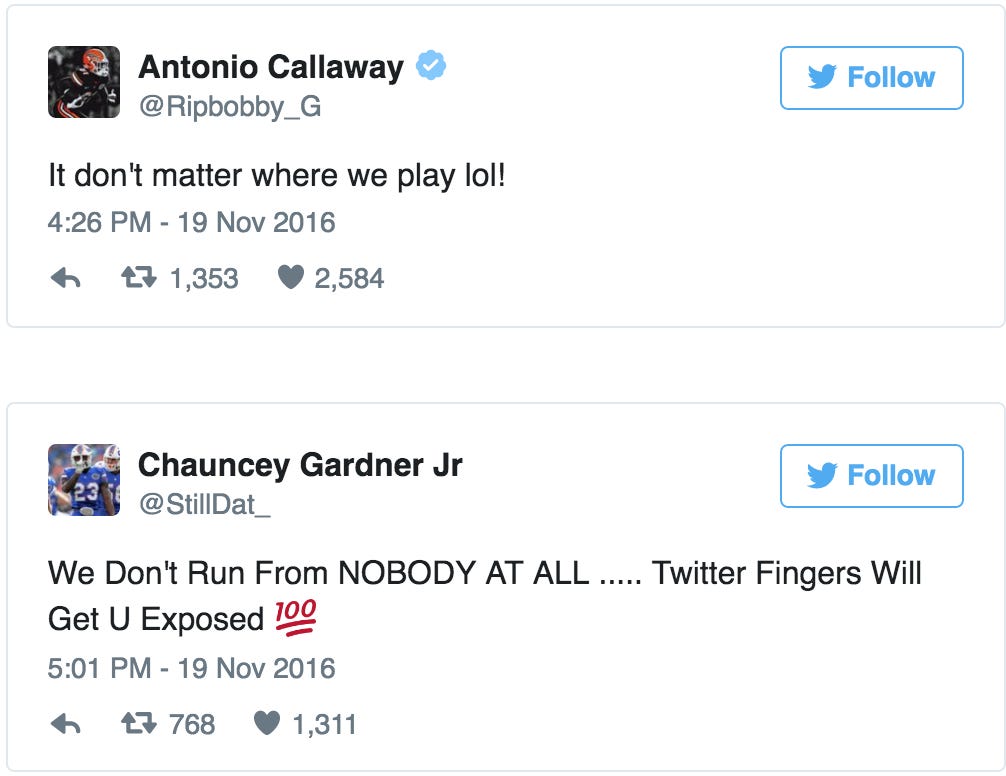 Teez Tabor was feelin it