I’m not even going to say it. Why? Well because I don’t have to at this point. We all know that hockey players are tough as nails. We all know that any other athlete playing any other sport would most likely retire after taking a slapshot to the face. But not Matt Calvert. Because Matt Calvert is #HockeyTough. And Matt Calvert isn’t going to let a 95 mph slapshot busting his skull wide open stop him from finishing the game that he loves and gets paid to play. I bet Matt Calvert would actually prefer to get hit in the face with a slapshot every so often just to remind him that he’s not some pussy basketball player. So what does he do? Grabs a towel and skates off the ice like it’s no big deal. Sure, his face just turned into a blood geyser. But that’s why god invented stitches. He heads into the locker room for a few repairs, tries to miss as few shifts as possible, gets back out on the ice and scores a shorthanded game winner in the 3rd period.

But LeBron pulls himself out of games if he has a wittle case of the cramps….

Again, I’m not writing this blog to show off how tough the game of hockey is. I’m not writing this blog to show off the fact that hockey players would finish their shift even if they were on fire and somebody drive a bunch of nails through their skates. I’m just recapping a game last night that happened to include some guy getting his face split open but coming back to lift his team to victory later in the game. That’s all. Just another day in the office.

All smiles. What a beauty. 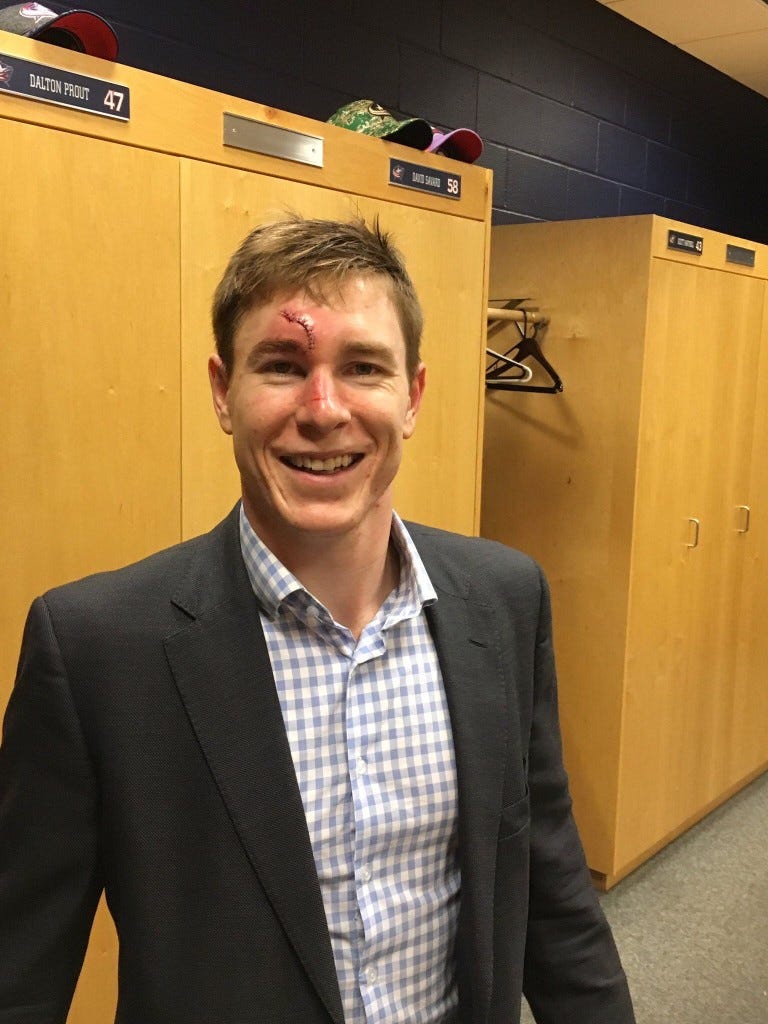