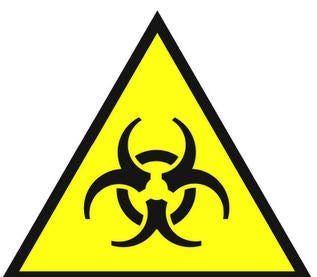 If you missed it, I’ve had Hand, Foot, and Mouth Disease all week. It started last Thursday night, but my doctor cleared me to play ball Tuesday. My rules for engagement were no touching or kissing anyone at the office. Asa Akira came in Wednesday and when I explaining no kissing or touching she said that kissing should fall under the “touching” tree. We agreed. Where is the dichotomy between the two? Anyway, my rule to live by this week was no touching.

So I didn’t touch anyone. Shut down all daps, handshakes, and pounds before they started, “Hey bro. I’m sick. Don’t want to mess you up too. But it’s nice to see you.” That was my line. I don’t know what’s kosher for public transportation, so I’ve even been covering my hands up before grabbing the poles in the subway. As I typed that just now it seemed like a dumb and foreigner thing to do, but at the time my gut feeling was just don’t spread disease.

In spite of all my efforts, I’ve had 3-4 people this week tell me they think I’m getting them sick. Some with runny noses, others with little red dots on their skin.

But guess what? A runny nose or red bumps is not how this thing started for me.

However, this morning this did ring a bell…

Actually, it doesn’t just ring a bell. It describes the feeling I had at the onset of this sickness so perfectly that I enjoyed reading it. Not because Smitty probably definitely has what I had, but because it was such a miserable feeling to go through yet I never was able to formulate the words to describe it to my friends and loved ones. “Boiling so hot right now I can see through time” nails it though. That’s exactly how I felt. Bravo Smitty. Bravo.

Anyway the main theme/lesson of this blog is to show that I have, in fact, been so careful this week that it’s actually very UNLIKELY Smitty feels bad because of me. So if anyone else joins him on his heated time traveling voyage this weekend, just know that you probably DO have Hand, Foot, and Mouth, but you probably did not get it from me. It’s a big city and coincidences happen.