That poor son of a bitch entered the Thunder Dome and he still probably doesn’t know what happened. He didn’t even catch hands. He swallowed them whole. That is why you just stare straight ahead on the subway from the time you get on the train until the time you get off. No eye contact and sure as fuck no chirping. You don’t know if the guy sitting next to you is normal, legitimately crazy, or can unleash a flurry of karate chops and punches that would make E. Honda proud and cause you to see those Street Fighter II chickens. 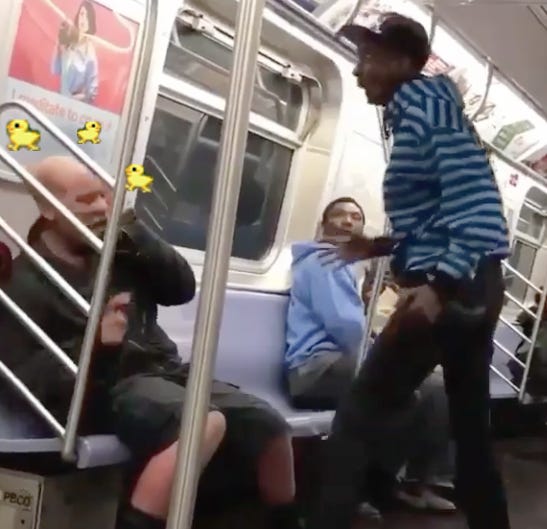 Nonetheless that was a firm but fair lesson learned for skinny Fat Joe with the Parappa The Rapper hat.

“Mama, there goes that man” – This guy