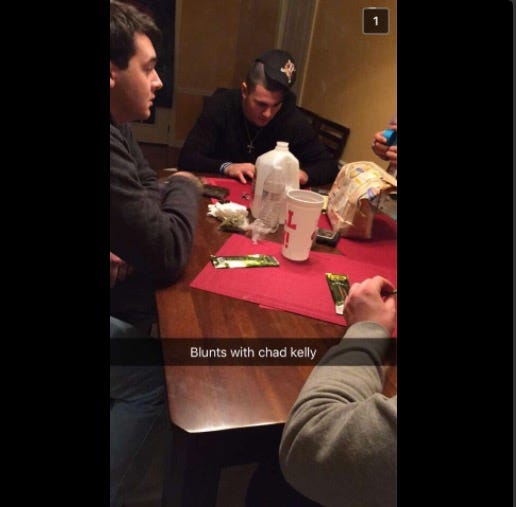 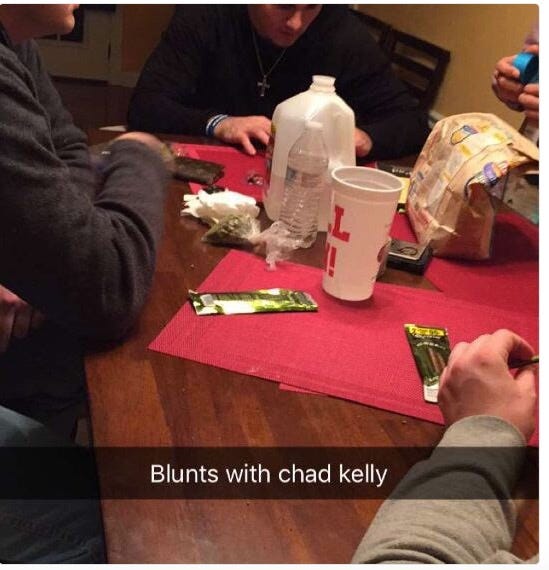 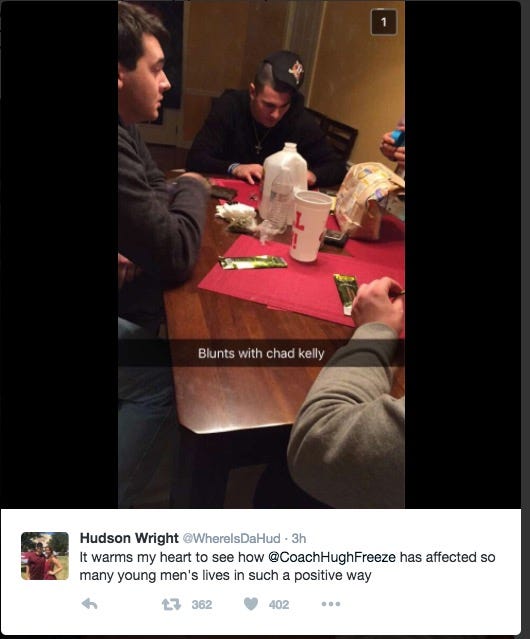 Clarion Ledger – A Snapchat photo of what appears to be Ole Miss quarterback Chad Kelly with marijuana surfaced on social media on Thursday night.

Kelly was ruled out for the season after he suffered a torn ACL and torn lateral meniscus in his right knee against Georgia Southern on Nov. 5, which ended the senior’s collegiate career.

What a wild road it’s been for Swag. The bad boy of Clemson getting kicked out for a variety of reasons, including fist fighting a bouncer.

Went to Last Chance U. and turned it all around getting himself a scholarship to Ole Miss. Had an awesome season there including an upset of Alabama in front of 100K of their craziest fans. Turned his stock completely around.

Season and career ending knee injury just the icing on the cake to an all around shitty year.

And now? Getting sniped rolling a blunt like an idiot. First rule we always preach for D1 athletes – watch out for the cell phones. Collect that shit in a hat and hide it under your feet until you’re done. Do something. Don’t get caught doing something that’s going to add even more red flags in a book already full of them for the NFL scouts. Come on Swag, be better.