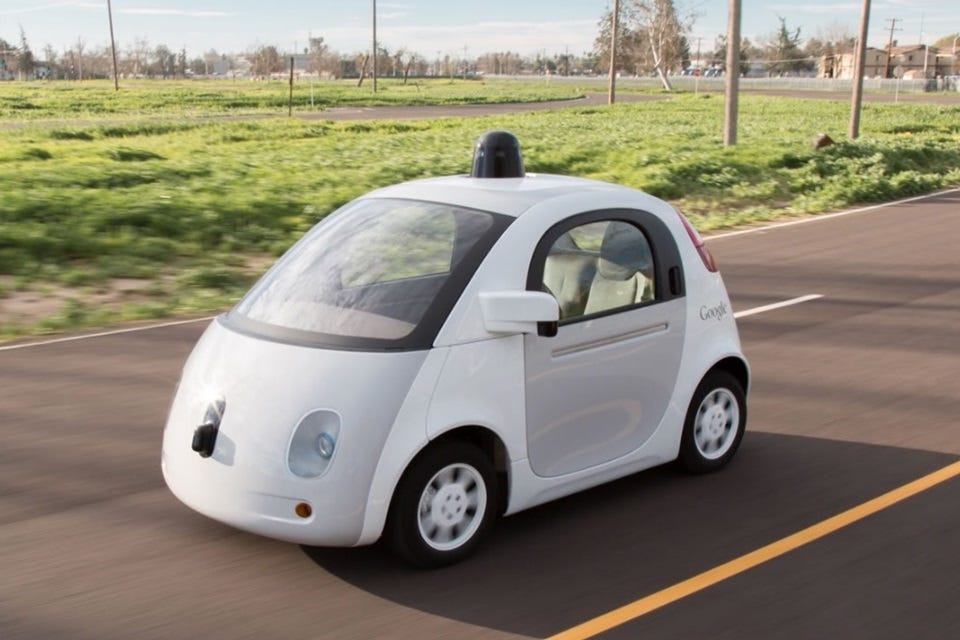 It’s not technology, he tells them. That’s advancing fast…“The real issue,” he said, “is humans.” The coexistence of human drivers and robot cars, to be precise. It’s not clear yet how well that will go…

…Some people are afraid of robots taking over. Exler is worried that humans will “bully” driverless cars. Human drivers already speed, drive erratically and cut in line.  Driverless cars will be programmed to be polite and follow the law. When someone tries to cut in line at a traffic merge, humans won’t let them in. But a driverless car will be programmed to stop when it sees an obstruction — like a line cutter. “They’ll look for the autonomous car and that’s where they’ll cut in,” he said.

I hate robots. I’ve written countless times on this website about that very subject. I hate robots with a passion yet day after day, more nerds just keep contributing to the inevitable robot revolution. But this quote from the CEO of Mercedes gives me a little hope. I’ve actually never been prouder to be a human. Because this is how you know we’ve developed into a species of savages. When the nerds are too scared to even break out their fancy new robots because they’re afraid their wittle wobots will get bullied relentlessly by us. It’s not even like they’ll at least let their self-driving cars go through bad neighborhoods if they lock their doors. They won’t even break them out on the road period. It’s incredible.

Fuck all robots straight to hell. You’re goddamn right they’re gonna get bullied. It’s hard enough dealing with the jabronis who don’t understand that you should only use the left lane for passing. It’s hard enough dealing with the jackasses who think they can merge lanes all willy-nilly without even thinking about using a turn signal. Humans suck at driving and the last thing we need is some nerd ass robot actually obeying traffic laws and clogging everything up. So I’m gonna go ahead and mark this one down in the W column for humanity. The robot revolution is still inevitable but maybe it’s gonna take a few years longer than expected.