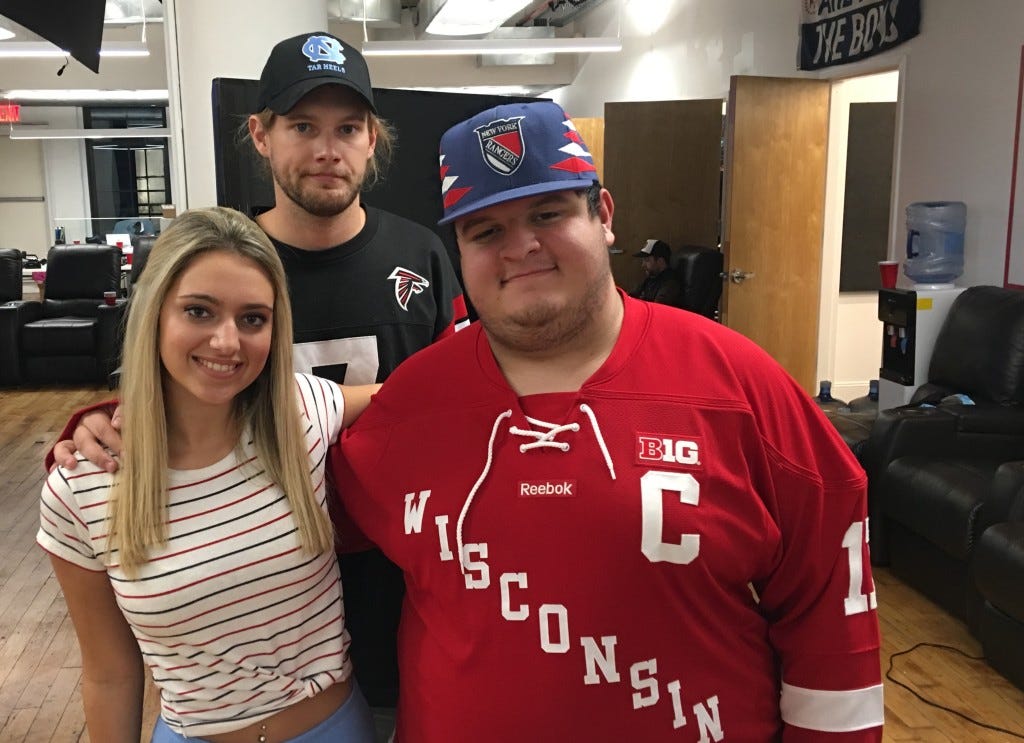 I just walked over to Intern Ria to have her go grab me some Starbucks. When I got to where her desk, she glared up at me with a bothered look. I froze. The look made me hesitate. Was it even worth her time to go across the street? Was somebody going to need her for a show? Should I just get the latte myself?

Two months ago I brought Ria and Glenny Balls in as no-names off the streets. Glenny Balls was just a fast fat guy and Ria was his best friend’s ex-girlfriend. I liked their energy and felt like they’d represent me well in my absence. So I went on tour for six weeks. Watched a few games, drank a few Nattys. I came back, and to my surprise, both of them had turned into full-blown superstars. They’d jumped tens of thousands of followers and went from unpaid interns to Barstool A-listers (and paid interns). Ria now has a full-time role on Barstool Idol and Larry’s Gambling Picks. Glenny Balls has been on every single show on every single platform that we’ve ever had. I mean, this morning I had them sit in on my podcast with NASCAR driver Ryan Blaney to basically fill awkward silences, and by the end of the segment I couldn’t even get a word in over Glenny Balls and Ryan Blaney yucking it up over old Charlotte Motor Speedway memories.

I honestly don’t know what to do. I can’t threaten to fire them. Kmarko would take them with open arms in a second, and they know it. I can’t dangle an incentive like a paid position over their heads. They already have it. What do I do? I’m not even sure they like me anymore, let alone respect me. It’s like when an NBA bench warmer brings a casual girlfriend to a team function, and then six weeks later looks up and she’s dating the starting power forward. You don’t appreciate what you have until its gone. And when your interns are wifed up by the league leader in rebounds, there is no way to get them back to the bench.

Whatever. It is what it is. What can I do? All I’m going to say is I hope they know I’m taking notes on how they move. How they treat the little people. I hope they know that I’m still here. And when their power forward finds a new main chick, and when their first day in the sun finds its first nightfall, I am the one who will either stand for their cause or sit in silence. I am the one who will fight for their second day. But the question is, if they forget where they came from, will I remember to help them stay where they are?