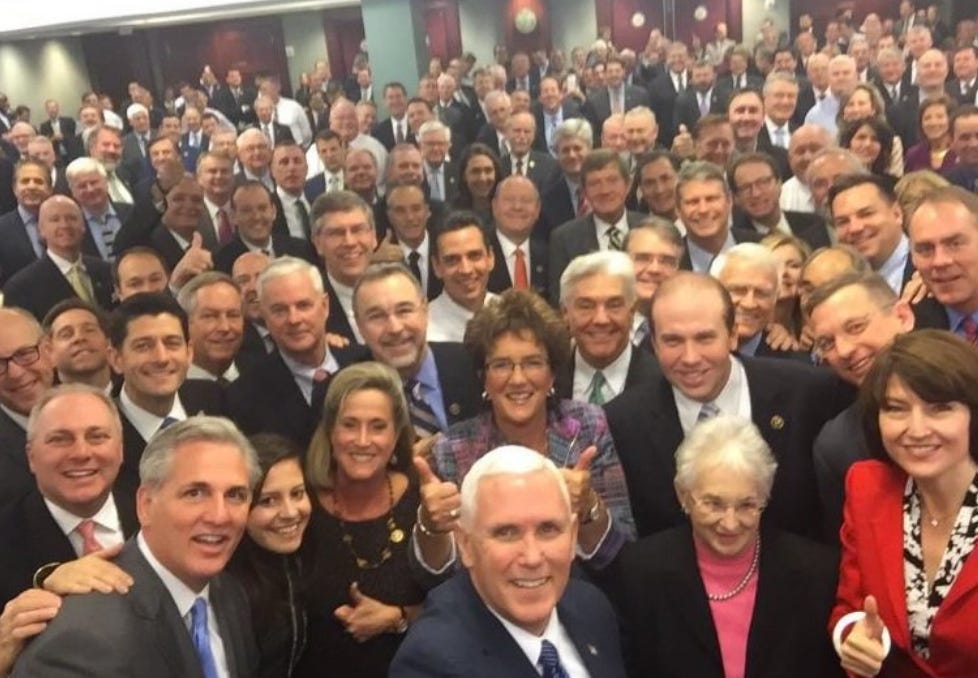 These fucking idiots, man. How dumb can you guys be? This shit leigt happened a few months ago when the GOP interns tweeted their selfie with Paul Ryan and absolutely everyone was white. Of course, the internet lost it’s mind because that’s what the internet does and it’s also pretty preposterous to have an all-white room with that many people unless you’re at Barstool HQ. But to make the same mistake again? Tweet a room full of whiteys captioned “UNIFIED” while people of color are kiiiinda freaking out that a GOP majority everywhere might not be the best thing for them? That’s just idiotic. I’m not even scolding you for being whiter than a Klans meeting (though, to be fair, you really should look into mixing in some color, you know?), I’m just scolding you for being old fucking morons who don’t know how shit you put on the internet is gonna blow up in your face.

PS – Found one! I found one! Probably shouldn’t stick him in the back of the room. Rosa Parks, ever heard of her?