So this one is lengthy but it’s quite the emotional journey. But if you, like me, enjoy experiencing thirdhand embarrassment from losers livetweeting other losers’ lives for social media attention, it’s worth the ride. I tried to edit it down but if you’re a masochist who wants every last tweet, Mashable has them all here. 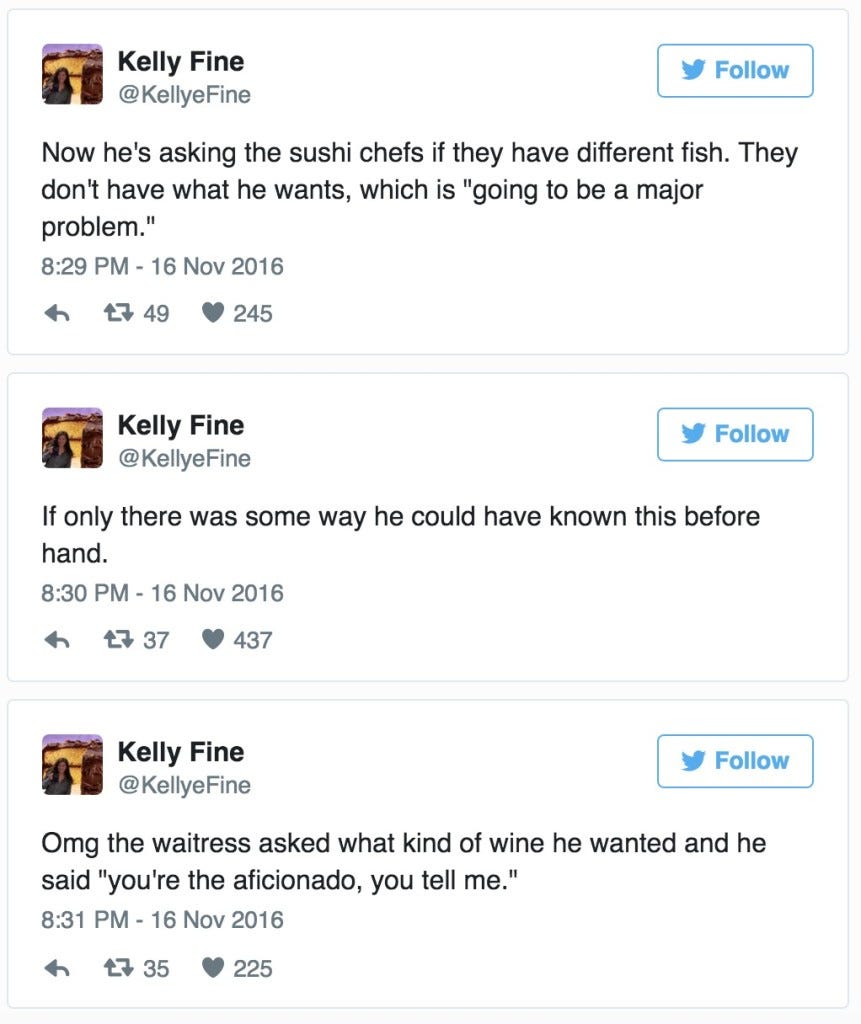 Alright so the guy sounds like a dick but so far it seems not super unbearably awful. Dude wants some special fish, is kind of an ass about that fact, and then he wants the waitress who in theory should be an expert on wine to help him pick one out. I’d say 1/2 here, you’re still making the Hall of Fame with that average. 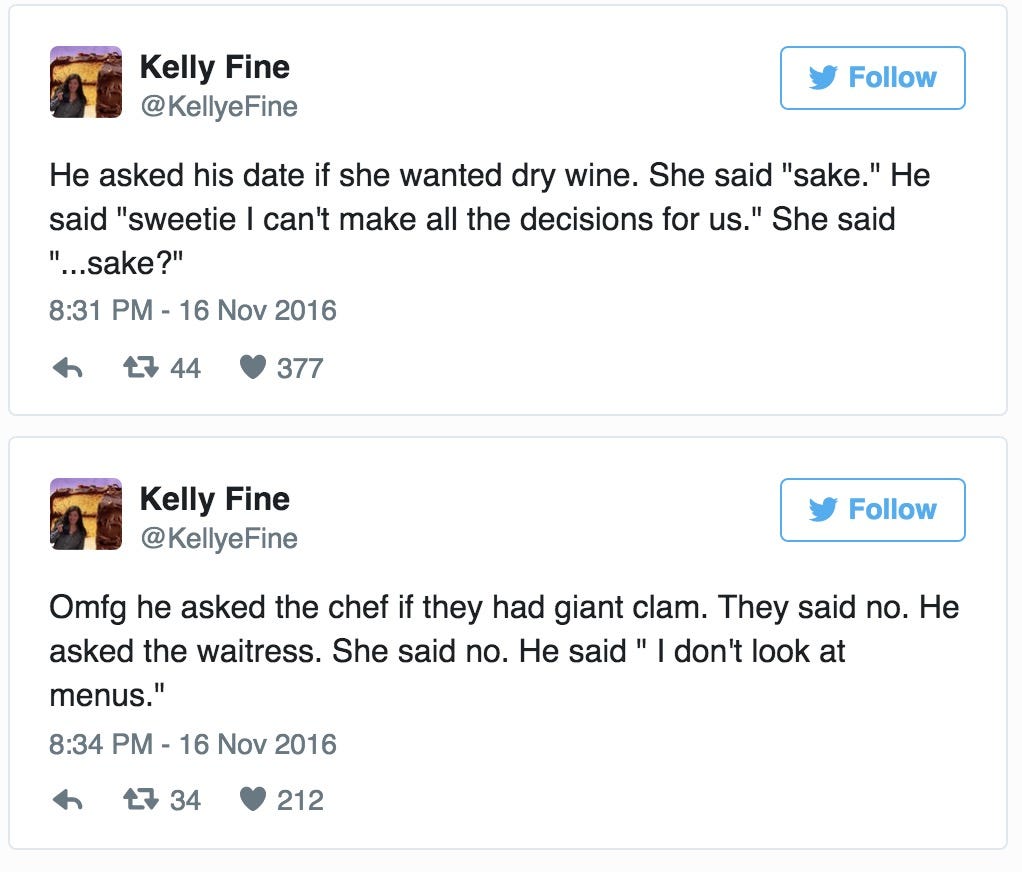 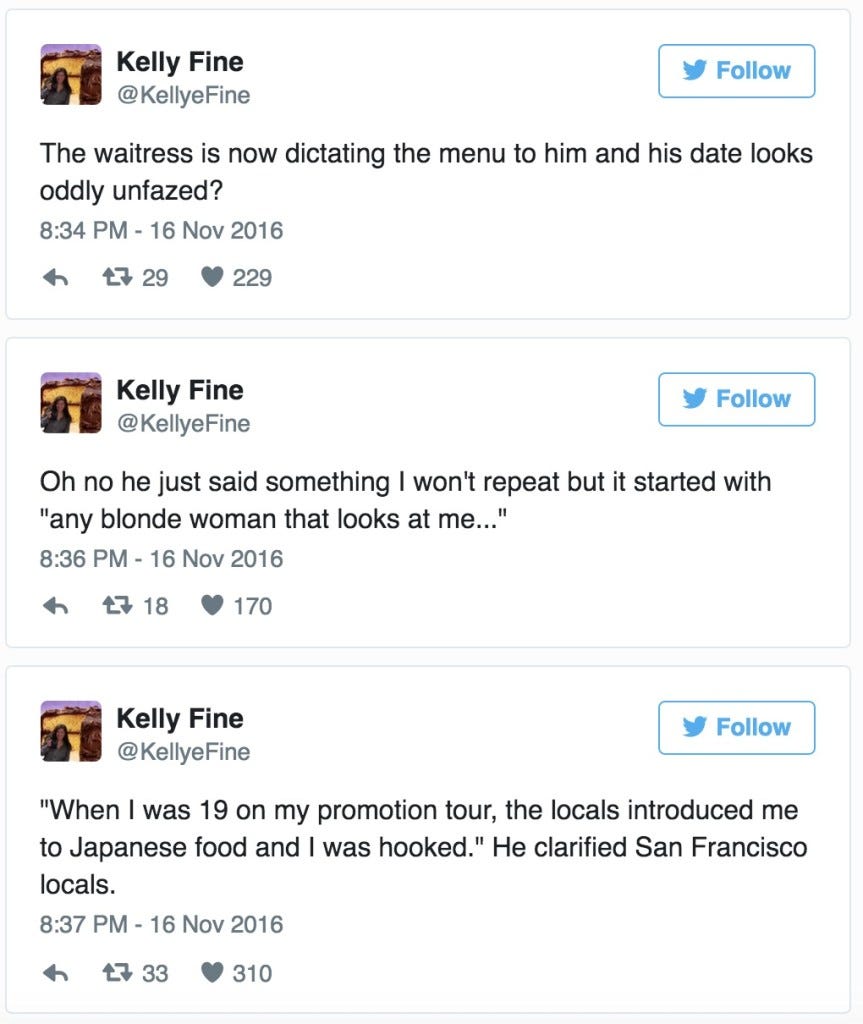 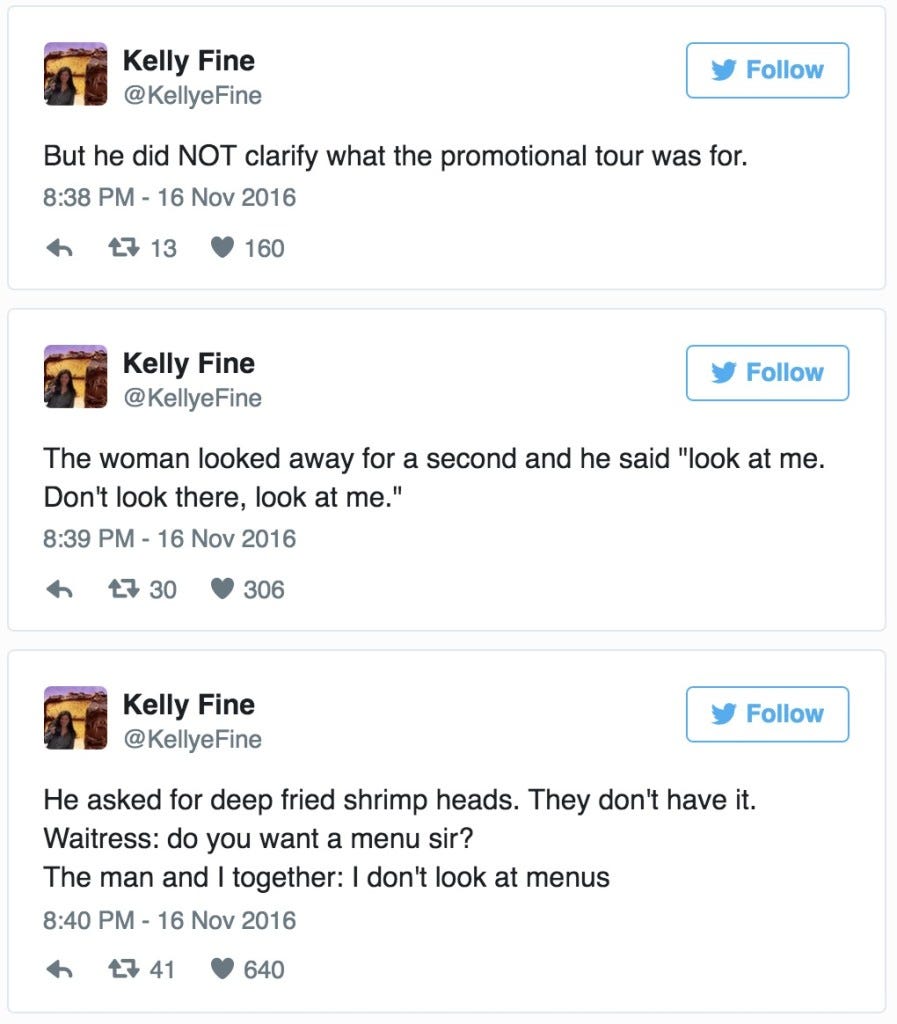 So the dude’s a demanding asshole and the girl seems mostly indifferent to it. If she’s aware of the situation maybe she’s into that sort of thing and that’s the type of dude she likes. He seems in control if a little creepy but whatever man, different strokes. 3 out of 4 for this dude. 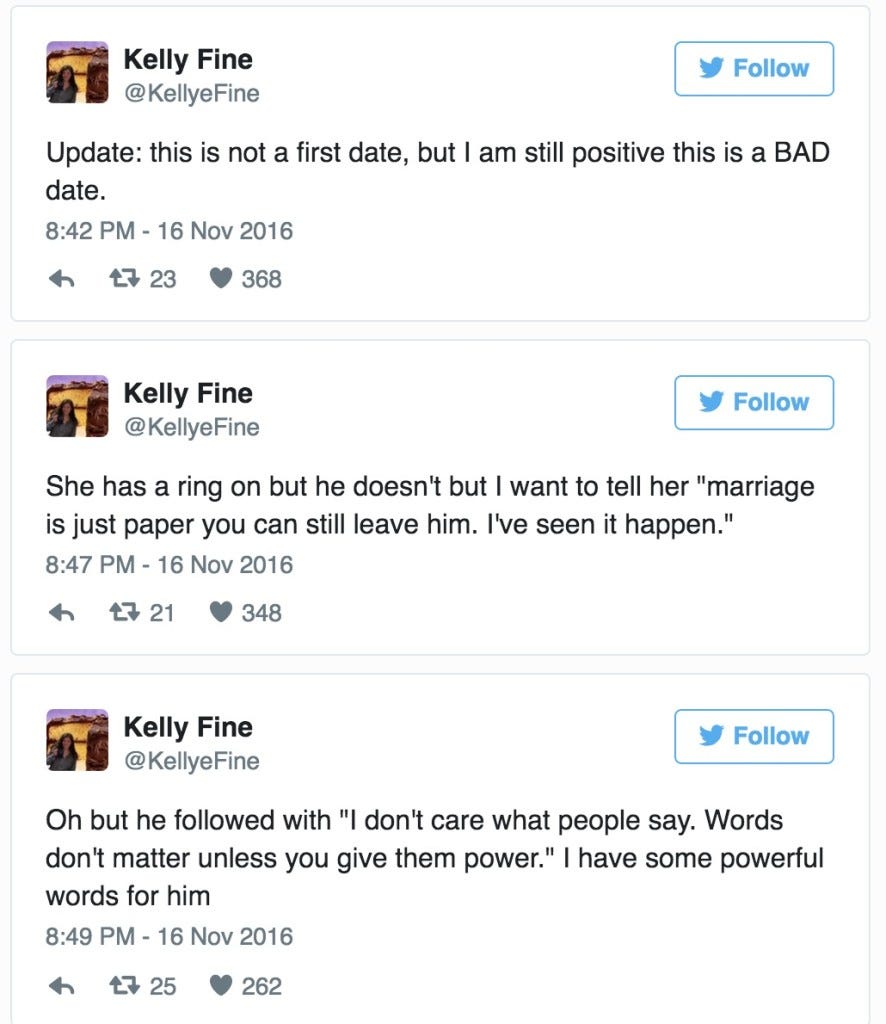 So when I initially skimmed this, I thought this guy was pretty nuts but now that I’m reading it and dissecting it…this lady tweeting it is just being so incredibly judgmental. She thinks it’s a first date when they’ve seemingly known each other longer and might even be FUCKING MARRIED. And she’s there thinking “Oh no, this is so awful” when this may in fact be what this chick loves. Put her in her places, boss her around, her panties are a fire hydrant during summer in a poor neighborhood. It’s not our place to judge. 4 out of 5 in favor of this fella.

Bit of a psycho move but one he can definitely get away with given how he comes across as a demanding asshole who knows better. It’s an L but not a big L. 4 out of 6.

Oh wahhh triggered. But for as hilarious as the caveat “my friend, the Jew” is, I’m going to say it’s poor form to say it out loud after this tumultuous election season unless his friend is Bernie Sanders. 4 out of 7.

Maybe she’s one of those types who doesn’t try things just because she has in her head that she doesn’t like them. Maybe she needs the kick in the ass to get outside of her comfort zone to truly experience life. Maybe this chick livetweeting needs a man to get her outside of hers so she doesn’t spend a night fixated on another couple’s lives. 5 out of 8 in favor of this guy.

He may be technically right here if it’s sashimi but yeahhhh gonna say slapping chopsticks out of a lady’s hand and yelling at her about embarrassing you may be just a bit too controlling. This is a 10-8 round for this guy being a douche, score is now 5 out of 10. 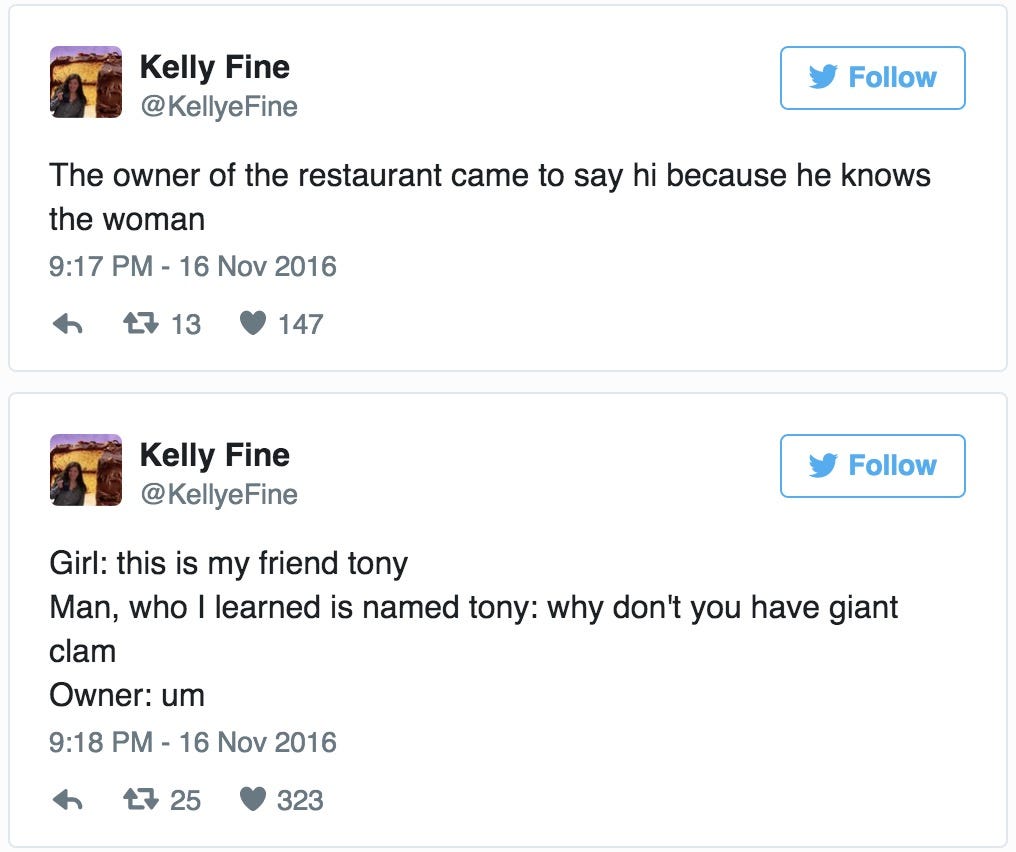 Fuck this chick for not riding it out after obsessing for an hour and then just leaving people hanging. But overall I’m going to rule that last round a draw. Final score: 5 out of 10, dude sucks and miiiight be abusive but he just wants to eat giant clams and have nice sake and be controlling without doing all the work. I’d say don’t be that guy but for all we know this guy might be everything this chick is looking for in her loveless marriage. I’d personally avoid doing the fumble drill with chopsticks in a girl’s hands but different strokes for different folks, whatever works.