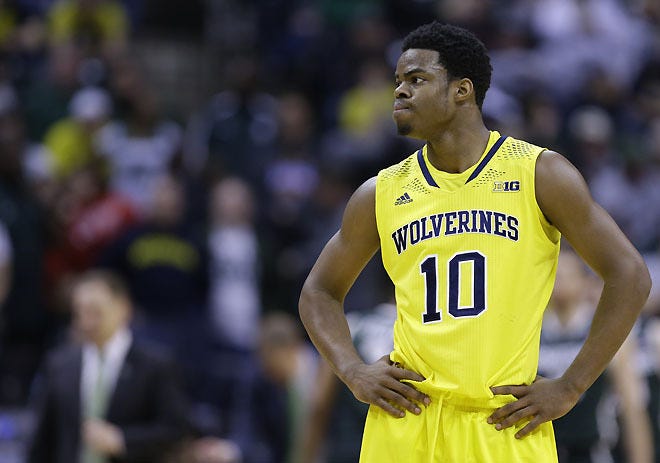 If you’re a basketball and/or gambling fan the next week is one of the most fun times of the year. Starting today you have games that start in the AM. Personally, I love these early season tournaments as you get matchups you don’t often get to see and there’s always one team that ends up winning one of these that no one expects.

Next week are the two bigger ones in the Maui Invitational and Battle 4 Atlantis, but there’s still quality basketball this week. Starting today are the Tire Pros Invitational, Gildan Charleston Classic and the 2K Classic Tournaments. Tomorrow we get the US Virgin Islands Paradise Jam and Hall of Fame Tip-Off.

Preview: The most intriguing game out of these quarterfinals is the Clemson vs Davidson game. The Wildcats should have Jack Gibbs available, who is one of the best scorers in the country while Clemson boasts Jaron Blossomgame. It’ll be interesting to see how Clemson tries to slow the pace down against Davidson, who averaged 79 ppg last year. Clemson after one game though does have one of the slowest tempos in the country, but that was also against a Georgia team who likes to play slow. The only other quarterfinal game that should be close is Northern Iowa vs Arizona State, though I think Northern Iowa wins there. The real thing here is how Xavier looks as the heavy favorite to win this. The Musketeers are a top-15 team in the country right now and will be favored by at least 5 points in every game here. They need to improve their defense, specifically giving up wide open looks when running their 1-3-1 zone. Last year the zone was effective because you had James Farr and/or Jalen Reynolds down low, this year there needs to be improvement.

Preview: What a gross tournament this is. If Villanova plays any game in single digits here I’ll be shocked. There’s not much to talk about because the best mathcup will likely happen in the semifinals when Wake Forest plays Villanova – but even that will be a double-digit spread. After Villanova the next highest ranked team on KenPom is Wake Forest at 69 (nice).

Preview: This is the opposite of the Charleston Classic. Both of these games should be really close as all four teams are expected to either make the NCAA Tournament or be on the bubble. Obviously getting two wins here goes a long way come March. In the first game you have two teams with new coaches yet bring back a decent amount of talent. Pitt will continue to play through Michael Young and Jamel Artis while SMU will look at Shake Milton, Semi Ojeleye and Sterling Brown. Both teams have beaten Eastern Michigan and Gardner Webb to start the season, though Pitt went to 2OT with EMU. If SMU wants to win this game, they’ll need their defense to show up as Pitt has scored over 90 in its first two games. I want to watch what happens though if one team gets in foul trouble. Neither team has a great bench and if one team can get any sort of contribution from there, it’ll determine who wins this game.

In the second game you have Michigan vs Marquette in a game that’s a pick em according to Vegas. I’m a little surprised about that but that could also be to me being higher on Michigan than most people. I think the Wolverines do a great job with depth and running a balanced offense. Marquette boatraced Vanderbilt early in the season, but this is a different team. If you get a chance to watch this game, watch how Michigan cuts away from the ball. As a fan of the game it’s one of the best things to watch as they read their defenders and make the cut based on how it’s being played. I think they are the best in the country and off-the-ball cuts, which leads to easy buckets for them.

Picks: I’m taking Michigan over SMU in the title game. For Michigan the balance on offense with Zak Irvin and Derrick Walton leading the way, but more importantly the growth of Mo Wagner at the center position has turned them into a near top-25 team. I like how Michigan can run a lineup with four guards or go big if they really need to.