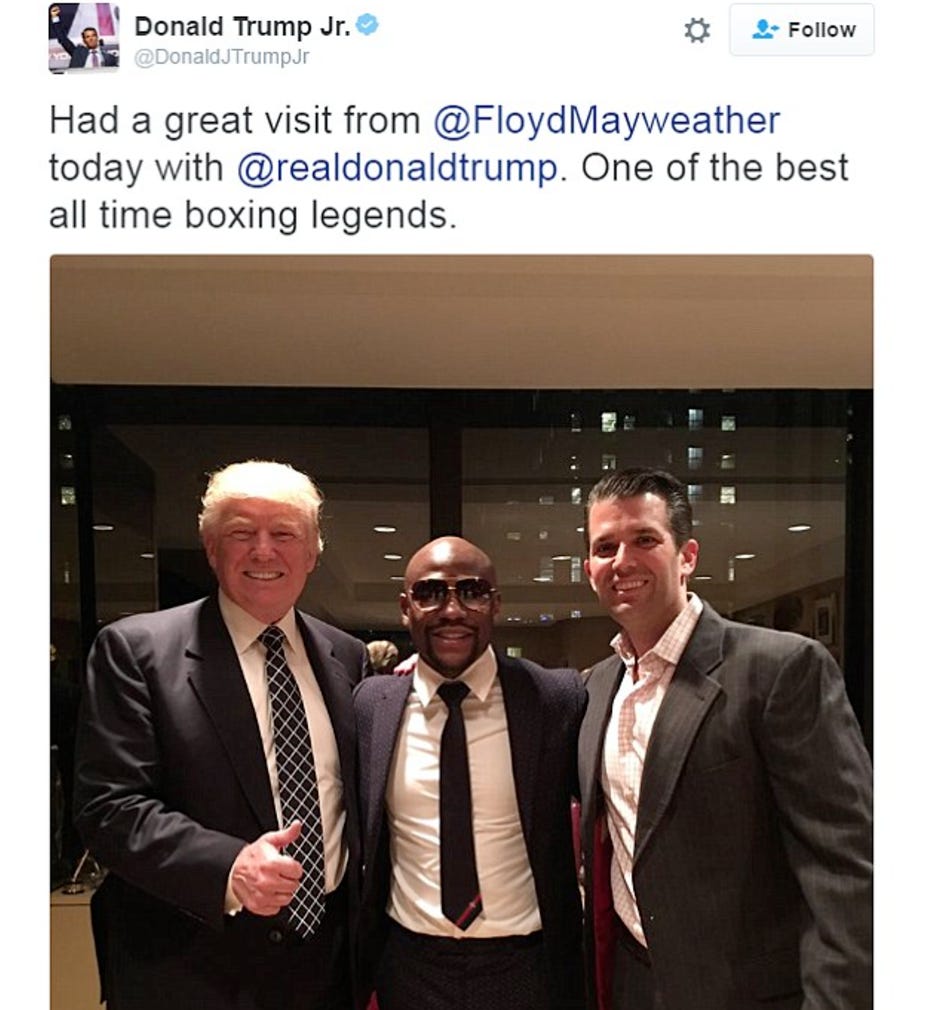 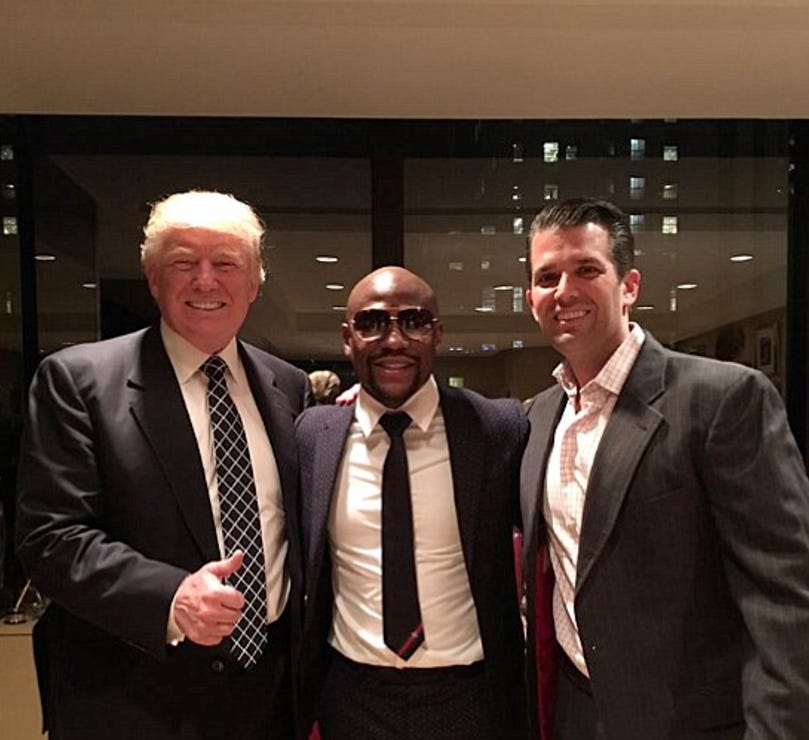 Just a hilarious tweet from Donnie Jr. The 3 super villains of planet Earth. One of the first celebrity pictures that Trump has taken since becoming president-elect and it’s with Floyd Mayweather. Can’t script it any better than that.

Practically gave myself a concussion scrolling down to the comments in the tweet thread, and the takes did not disappoint. 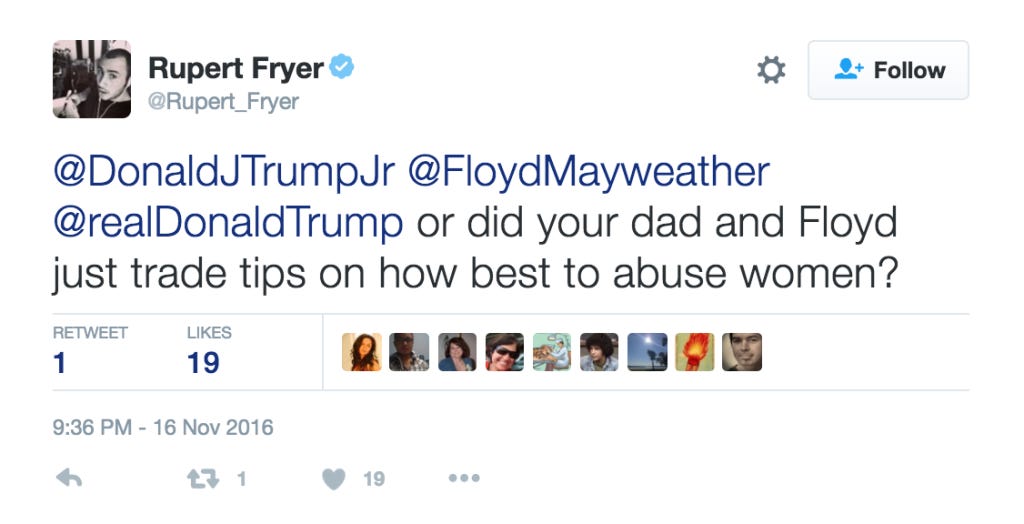 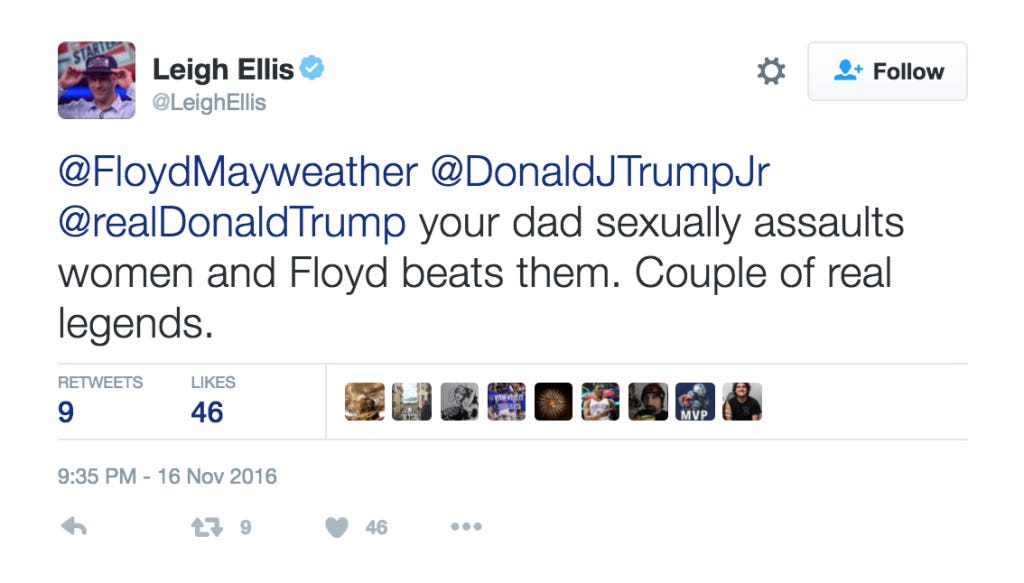 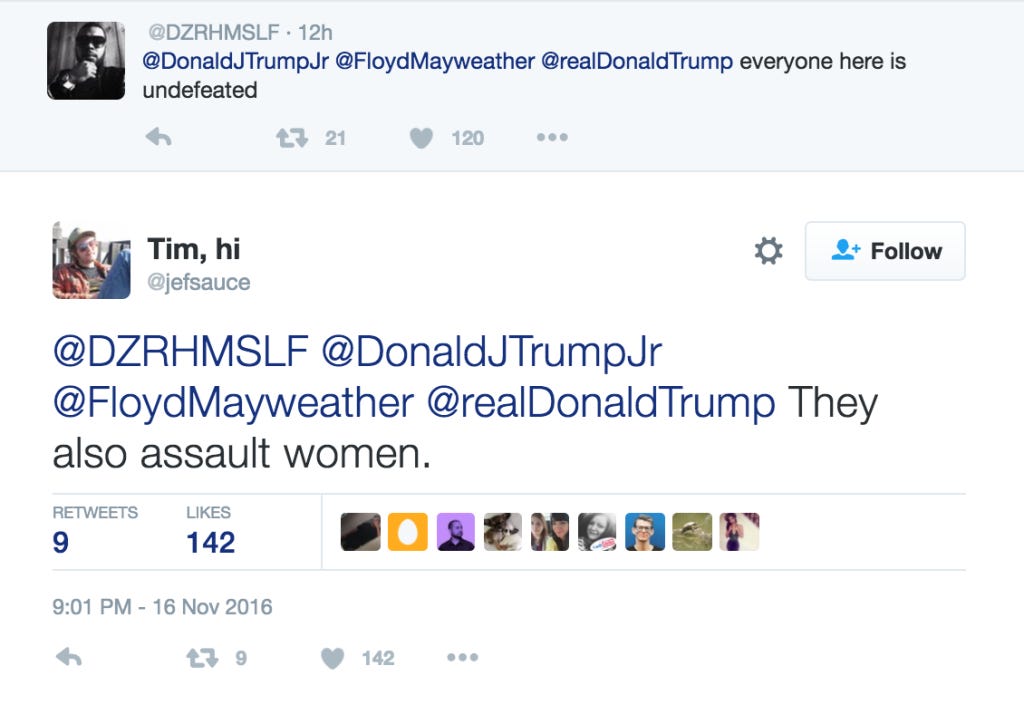 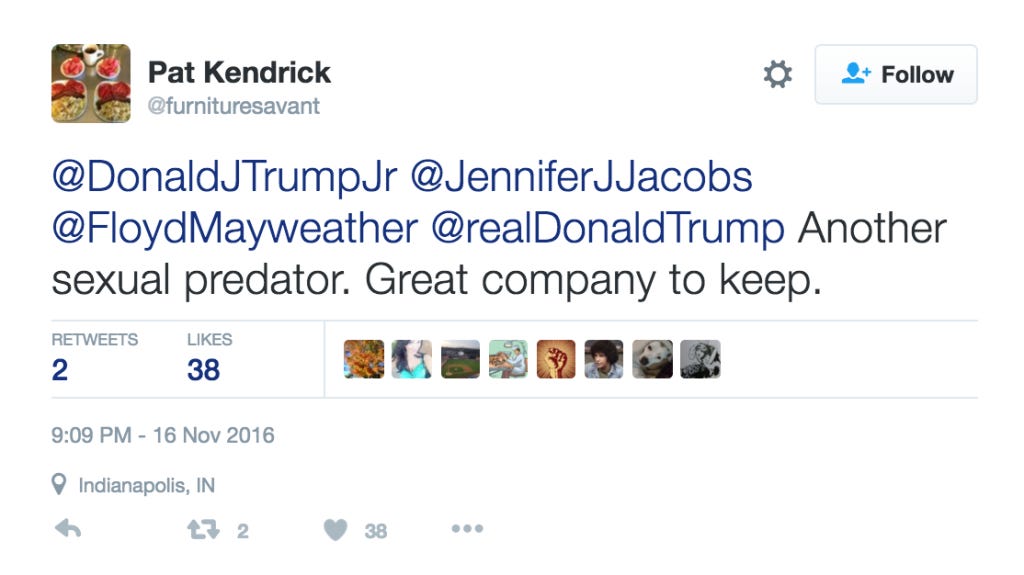 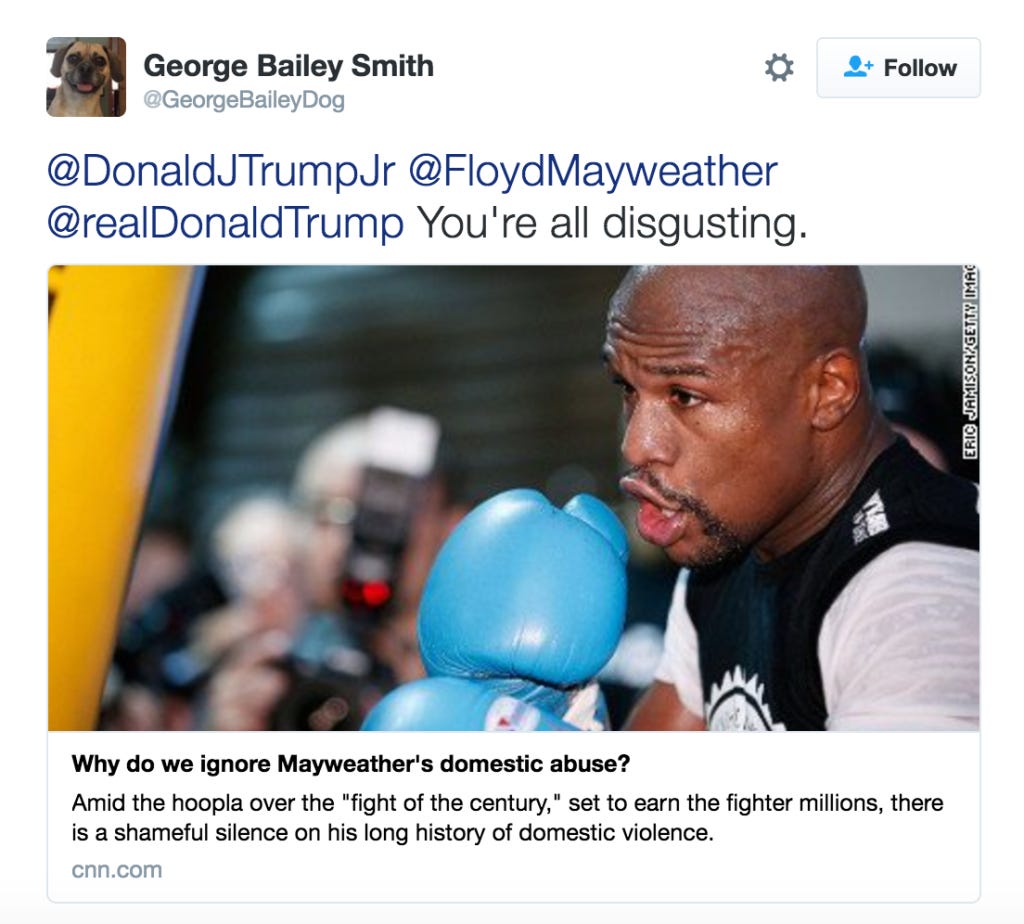 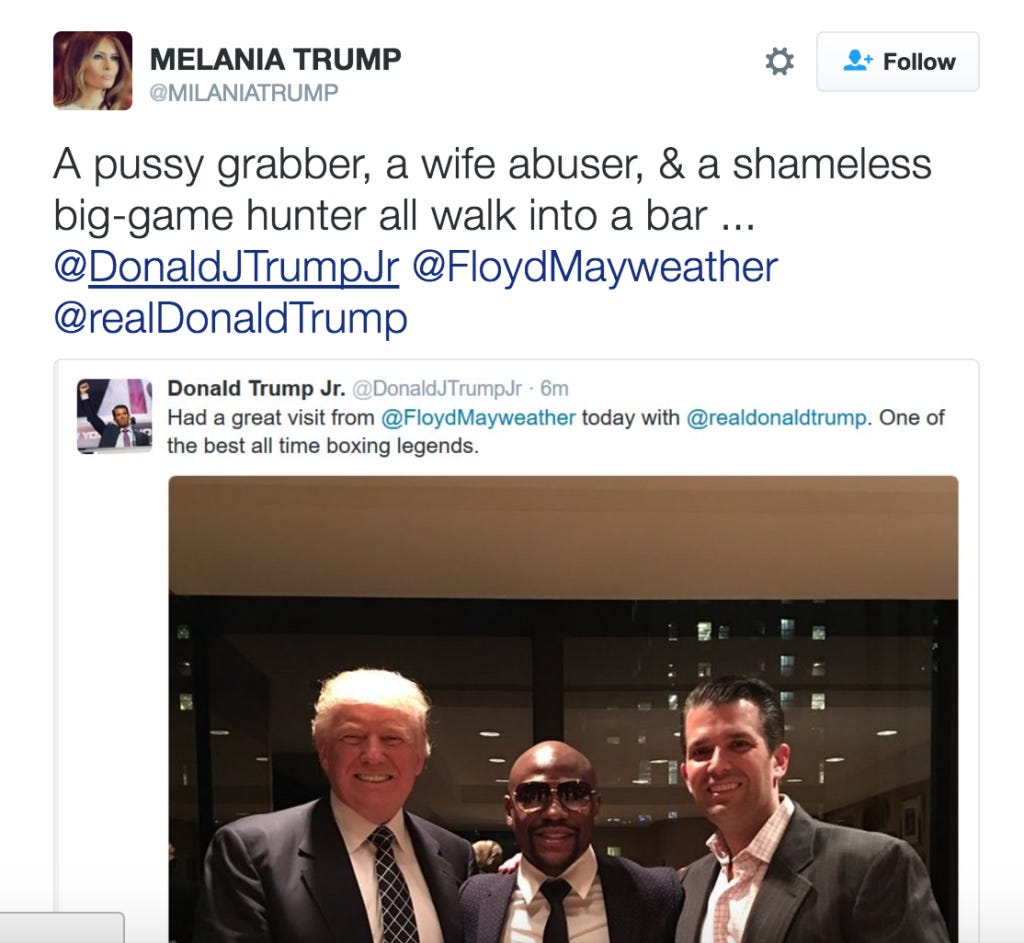 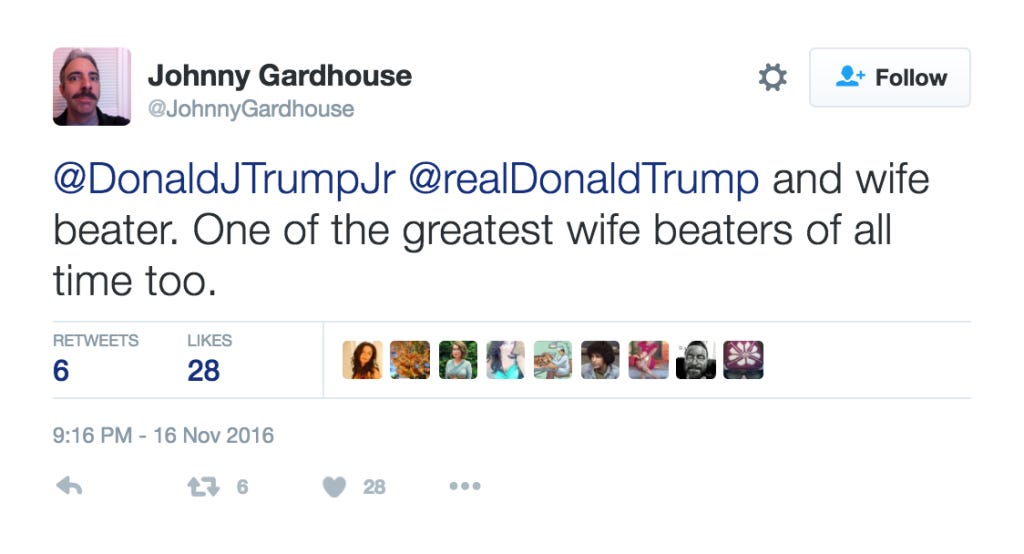 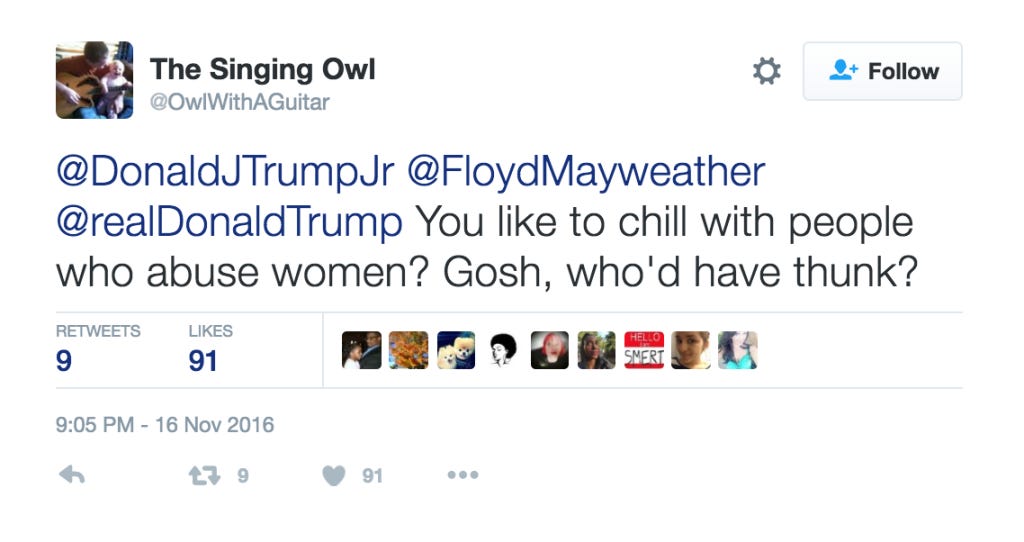 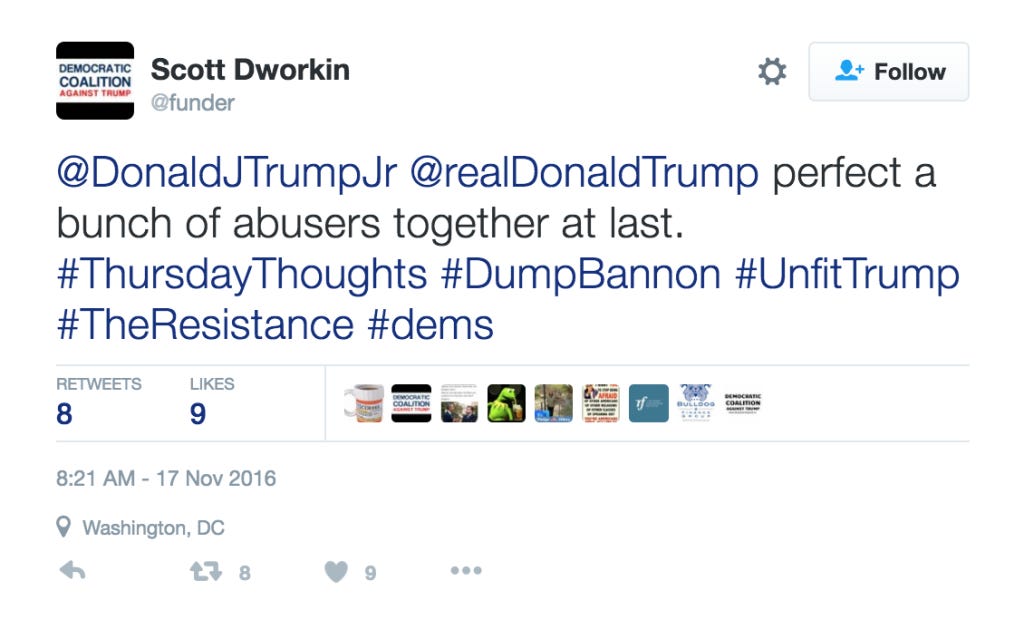 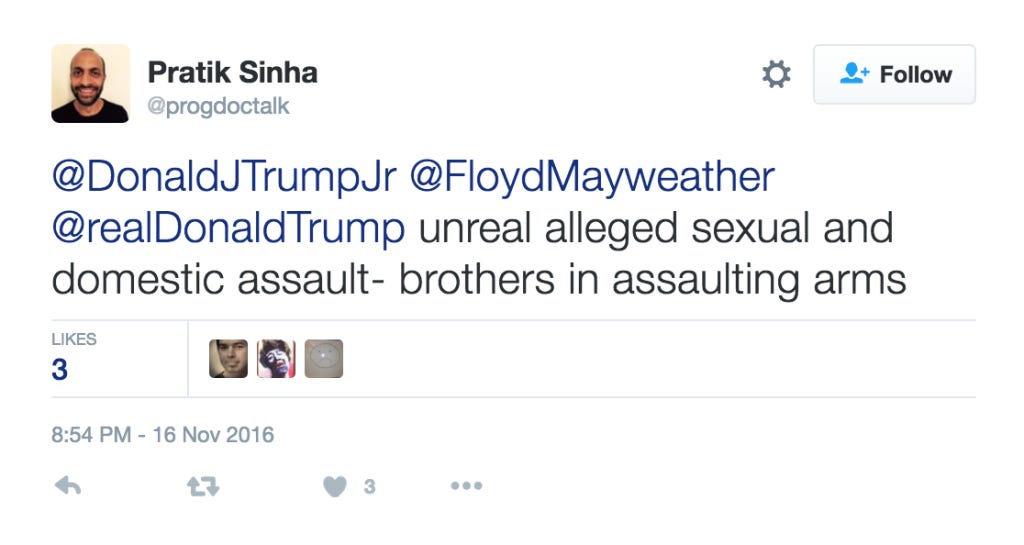 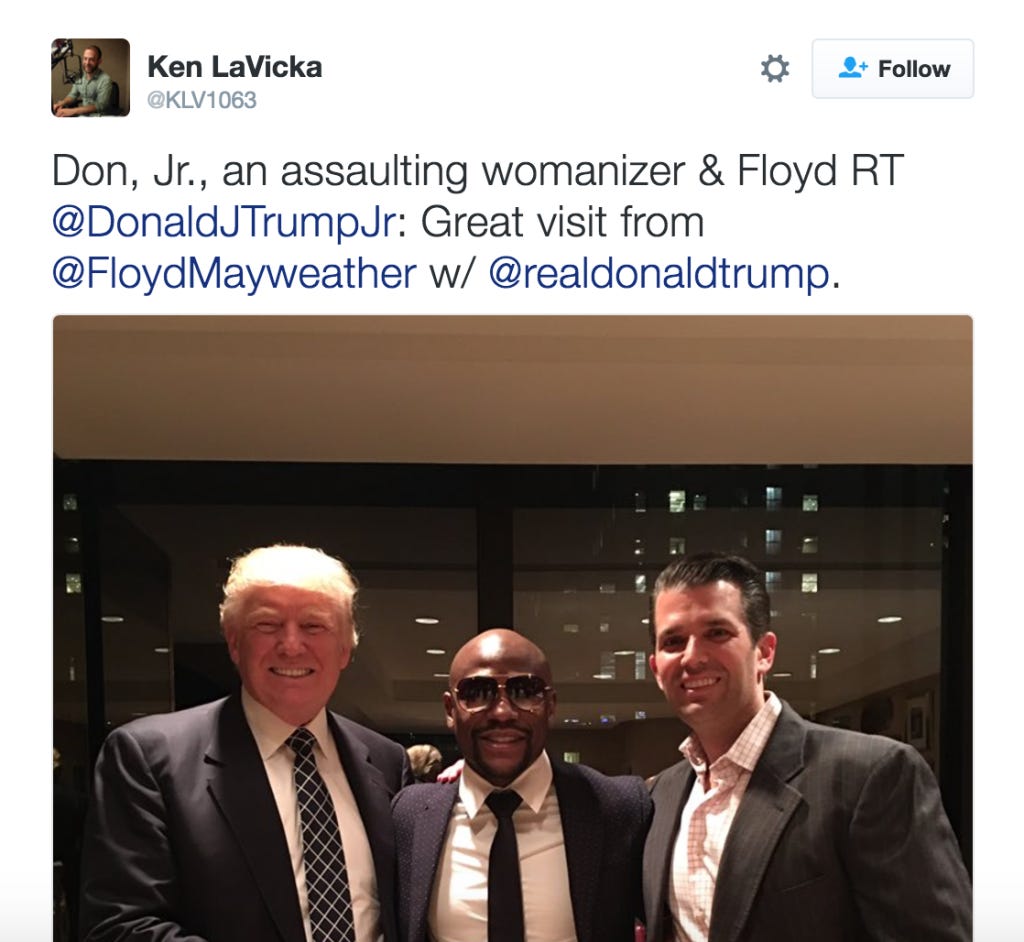 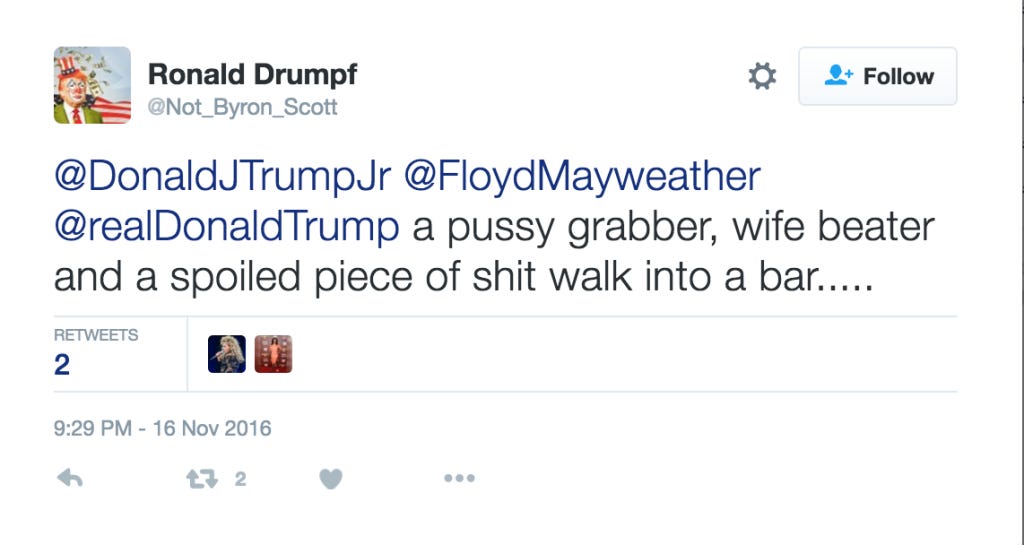 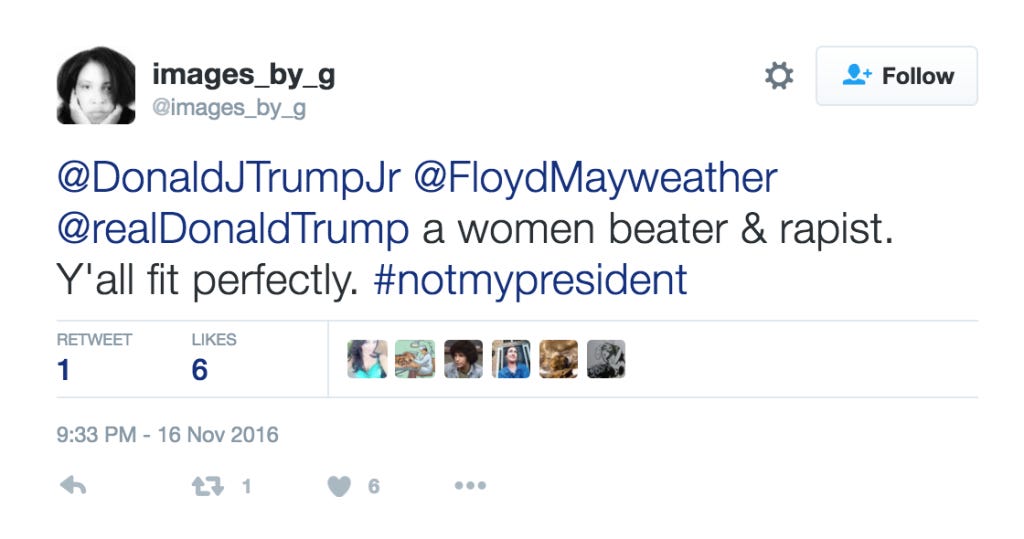 When you succeed in making the internet lose their damn minds once again: 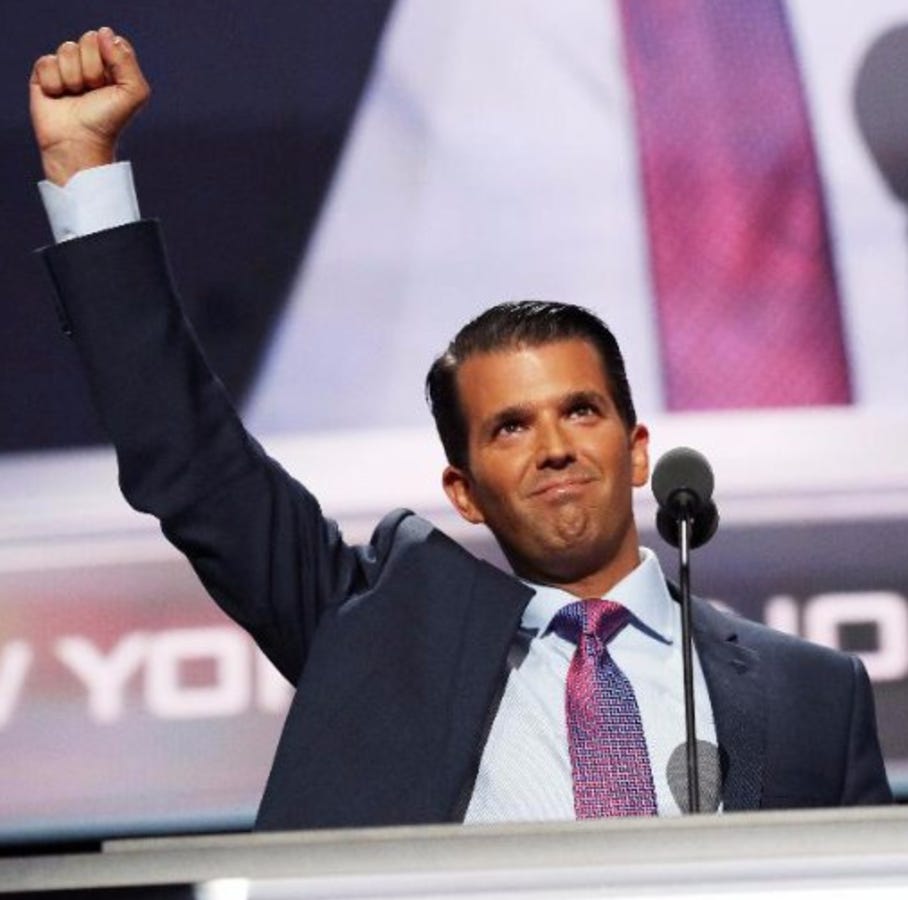