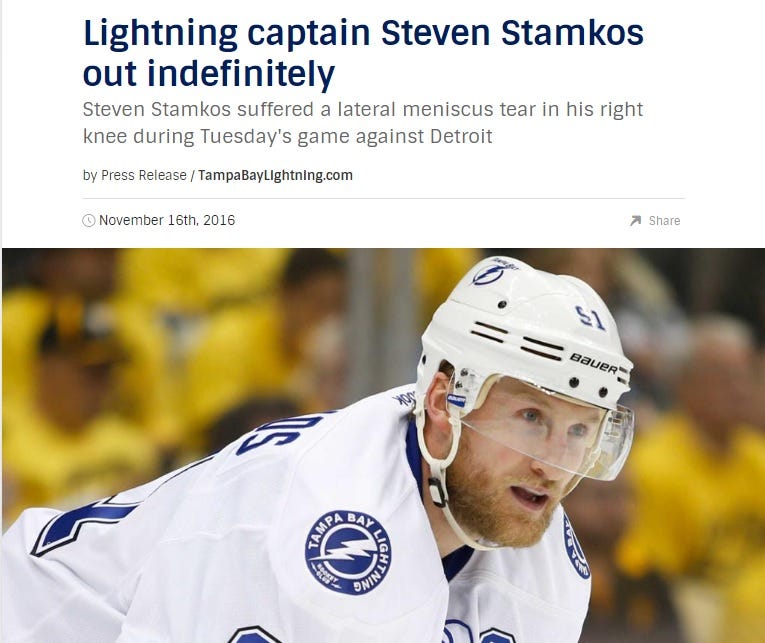 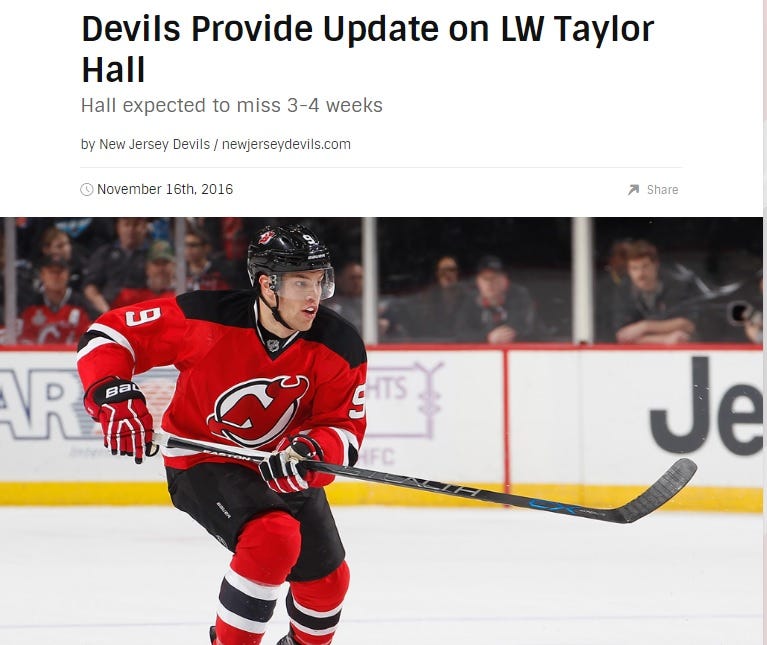 It was officially Armageddon in the NHL yesterday. 24 hours from hell. Stamkos goes down with a right knee injury. Taylor Hall suffers an injury that sidelines him for 3-4 weeks (personally I think we have to blame Pres and Riggs for that one). And then Johnny Gaudreau fractures his pinky that needs immediate live-saving surgery. 3 elite level scorers go down on the IR in one day. Can you believe it?

And I know what you’re all thinking right now. “Hey Jordie. Remember all those times you said that hockey players are the toughest athletes in the world and can play through any injury?”. Yeah, you dipshits. Of course I remember. But maybe if you’d shut up for a second and let me explain… hockey players aren’t just the toughest athletes in the world, but they’re also the best teammates. Guys who would rip the last name off their jersey if they were allowed to because they only care about the team. So it’s not like they aren’t playing through these injuries because they can’t handle the pain. But it’s because they realize that they’d be a bad teammate if they went out on the ice at anything less than 100%. Realize they’d be a liability out there. I’m sorry but didn’t white sports journalists all just cum their pants over Tony Romo basically doing the same thing? These guys are giving up their spots right now because they know it’s what is best for the team at the moment. Not sure when being selfless started making you a pussy.

Also–look at all the slashes that led up to Johnny Hockey’s fractured pinky (Warning: NSFL)

Most of you bitches in the comment section are on your death bed after taking that kind of abuse. How fast would a basketball player retire after getting slashed in the hand that many times? Think about how much attention Jason Pierre-Paul craved when he had his finger injury. But not Gaudreau. Kid didn’t want anything besides walking himself uphill both ways to the doctor’s office, get the surgery performed and start making his way back into the lineup. Hockey Tough.