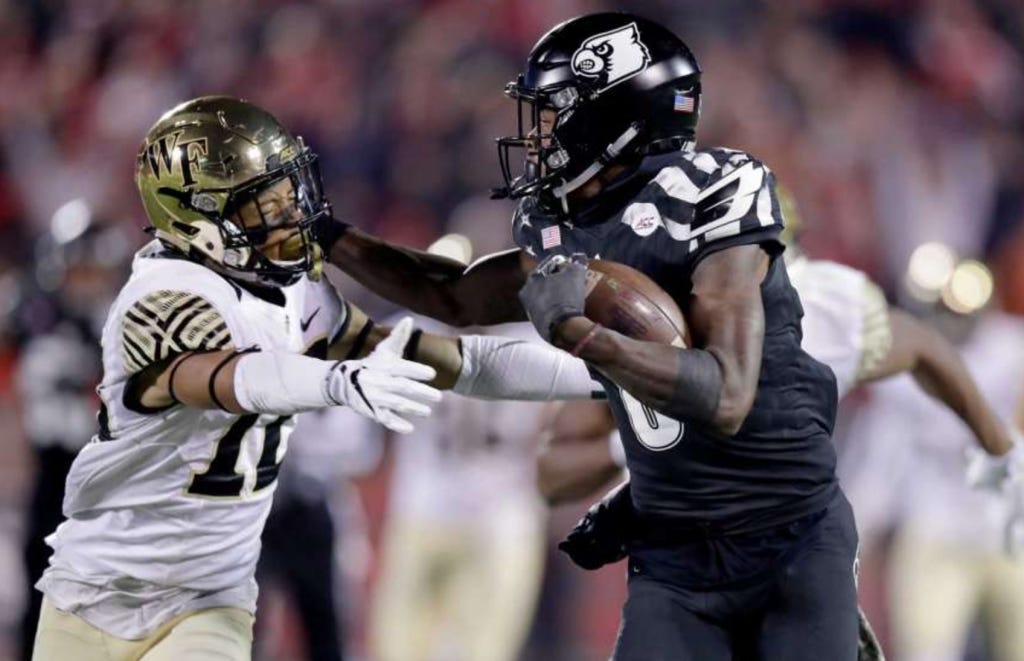 USA – Wake Forest football staff members discovered materials left behind by Louisville last Saturday that showed the Cardinals were prepared for plays the Demon Deacons had not run before, raising suspicions of a security breach, a person with knowledge of the situation told USA TODAY Sports. The person spoke on the condition of anonymity because of the sensitivity of the matter.

Wake Forest coach Dave Clawson acknowledged Wednesday the school was investigating whether data might have been leaked to Louisville or stolen. Louisville won the game 44-12.

“There was somehow a breach,” Clawson said. “I’ve shared it with our (athletics director) and we’re trying to find out what happened.”

If Louisville indeed had documents that showed plays Wake Forest had used in practice but not games, it could be considered a competitive advantage.

Louisville coach Bobby Petrino said in a statement he has “no knowledge of the situation.”

“We take a lot of pride in the way we operate our program,” the statement said. “As I’ve stated already this season, my coaching philosophy has always been to play the game with sportsmanship. Right now, our focus is on our game (Thursday) at Houston and finishing the 2016 season strong.”

Guys, I have good news if you’re a Louisville fan. Bobby Petrino says it’s not true, and he has a lot of pride in how he operates his program. So like. Put it to bed. Talk about a pillar of integrity. 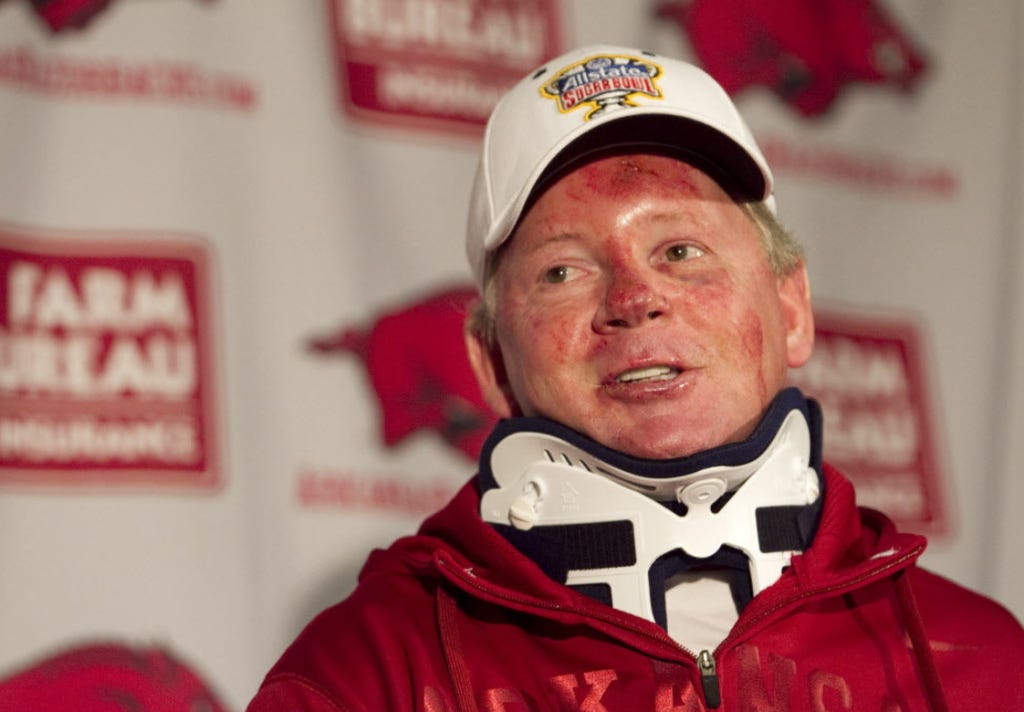 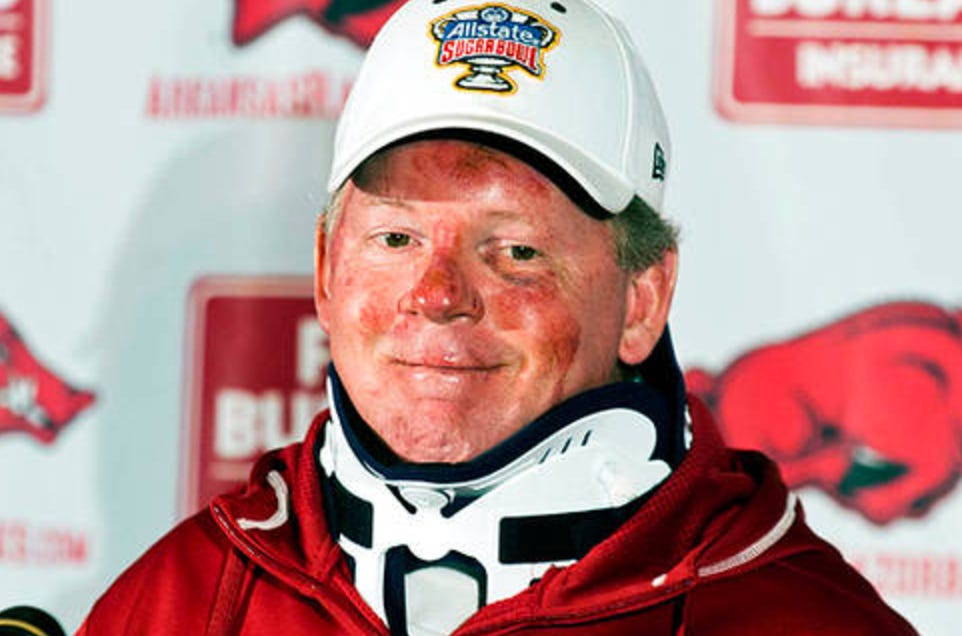 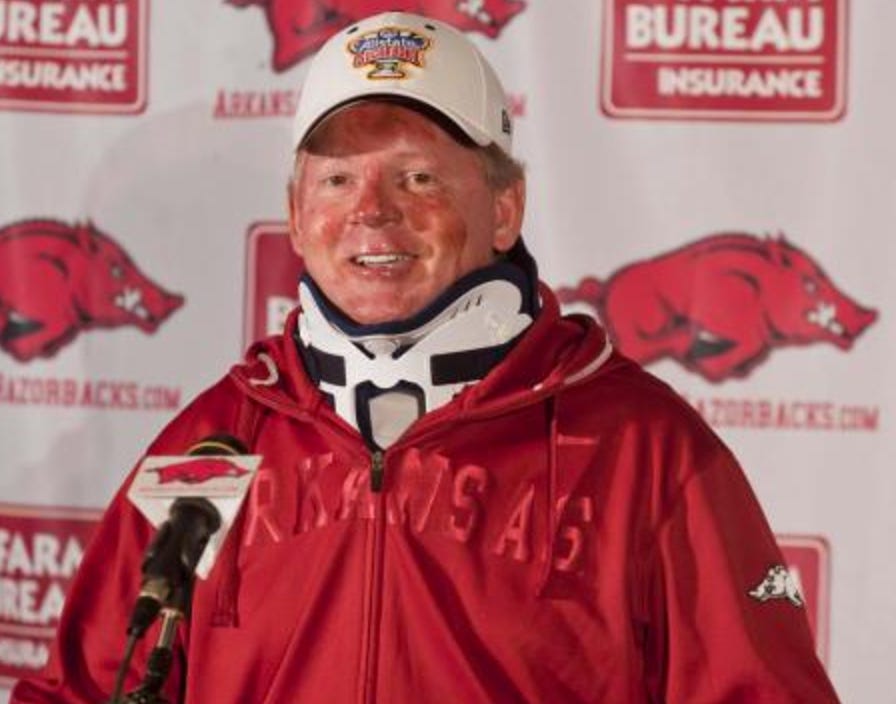 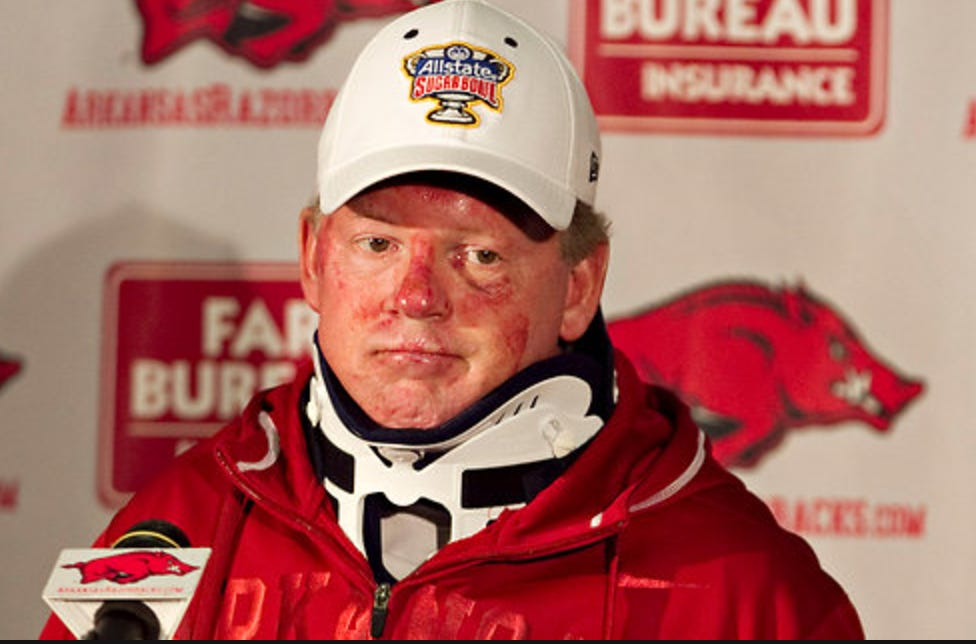 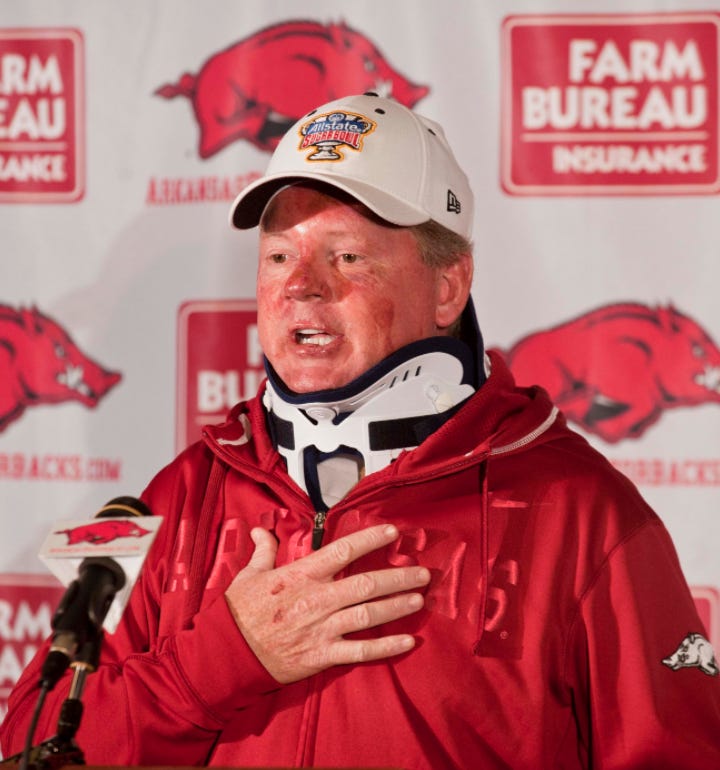 God damn I love those pictures.

But yeah, Bobby Petrino is a dick and I wouldn’t put anything past him but like…come on now Wake Forest. I’m a big Wake Forest guy but this might be kind of a stretch. I mean you’re Wake Forest football. I don’t think Louisville is out here needing to hack your playbook to beat you. Just saying unless you find a computer print out with “STOLEN BY BOBBY PETRINO AND LOUISVILLE ATHLETICS” in big red letters, don’t spend too much time on the investigation.

Kind of openly rooting for it though, just some gigantic smoking gun that Petrino was cheating to get an advantage on freaking Wake Forest. Would be such an apt humiliation for a total scumbag.