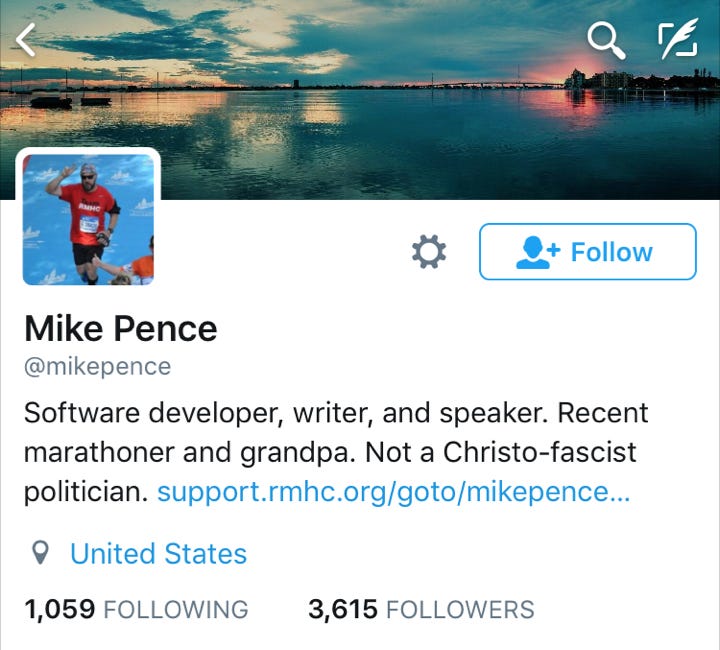 Can you imagine the type of nonsense this guy is going to get tweeted at him over the next 4 years? I’m not even talking about obscenities or anything like that. I’m talking about all the bleeding hearts out there that are going to scream at this guy for every little thing that the Trump administration does. I feel as bad for Fake Mike Pence as I can for a guy that reminds you he is a marathoner with his avi AND bio. The best part about the election being over was the slightly decreased amount of bullshit political shit on Twitter. Remember when Dwyane Wade announced he was signing with the Bulls and the guy with the @DWade mentions got FLOODED. It’s going to be this times a hundred thousand trillion. 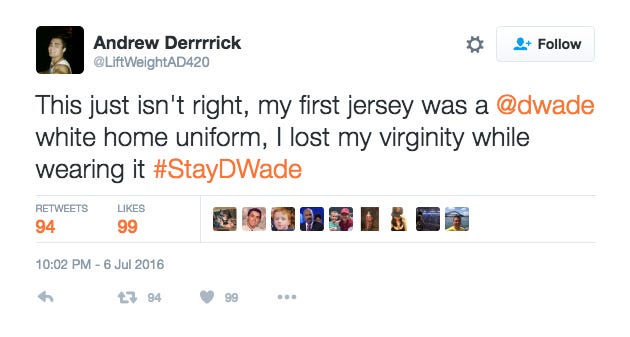 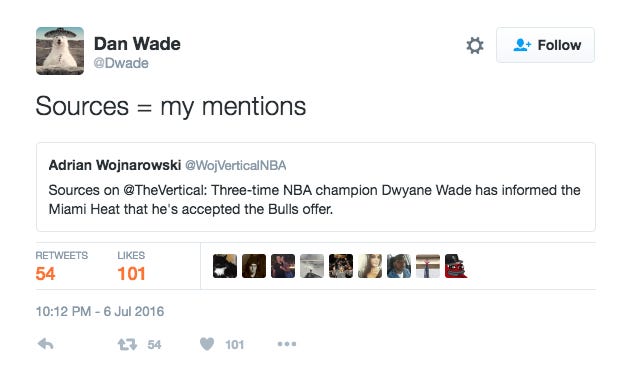 But at least Fake DWade had the Fake Jon Jones by his side. 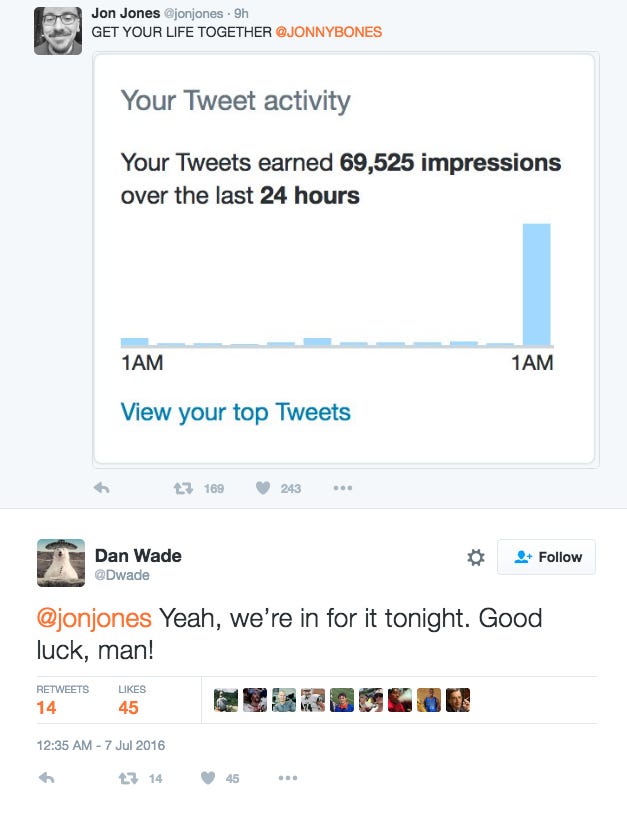 Poor @MikePence is in this one all by himself.

Wait a minute…BAH GAWD THAT’S MICHAEL BOTLTON’S MUSIC (Nope not him. The other one).