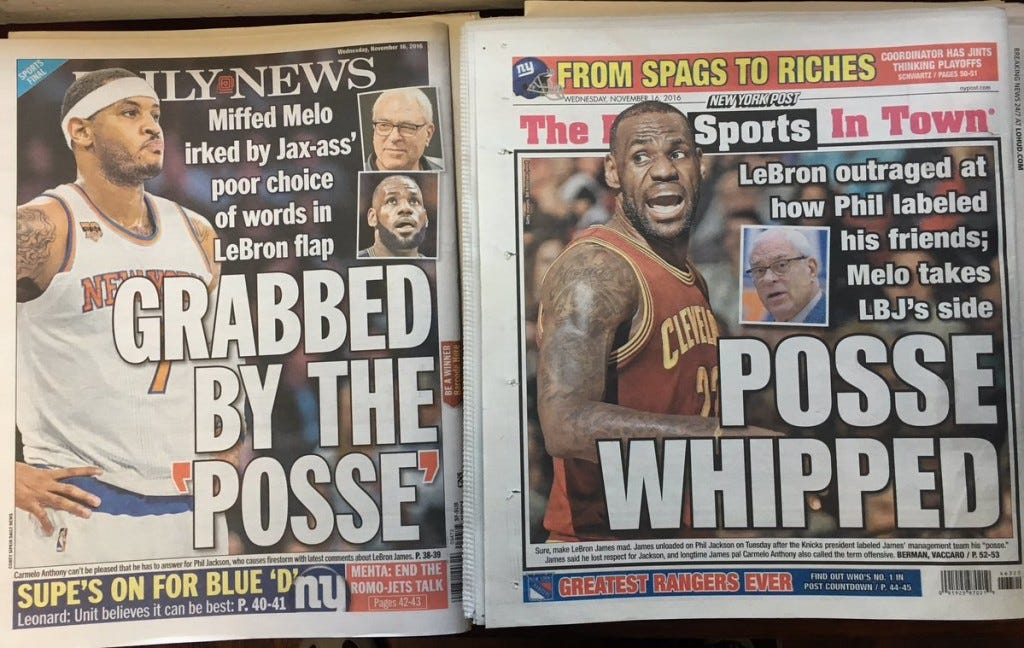 Well I guess that settles that. When some people think of the word posse, they think of a derogatory word for black people. Others think of Shane-O-Mac, Leo DiCaprio or Kershaw’s squads. But not the geniuses at the New York tabloids. The Daily news headline doesn’t make an ounce of sense unless you are saying that Posse = Pussy. President Trump put the word pussy on everyone’s lips and posse couldn’t get off the tracks of the Trump Train. Choo choo baby. Choo choo. Now posse is apparently a fancy was to say pussy. What a fucking city, man. I love this place.