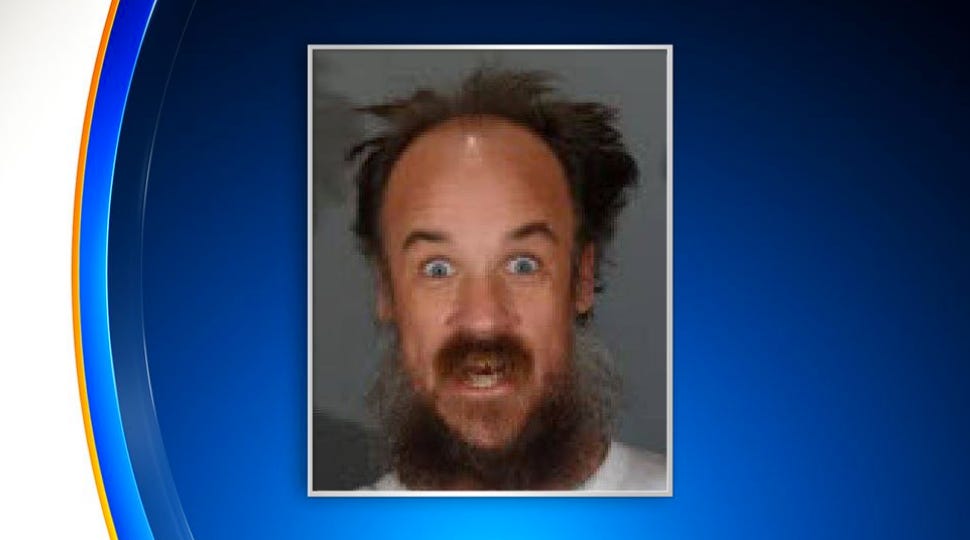 (CBS13) — A man has been arrested after blowing an air horn throughout a neighborhood on Sunday. After weeks of reports of someone blowing an air horn in the city, El Segundo officers heard a sound they described as being similar to a train horn in the early morning hours on Sunday. Police found a vehicle matching surveillance footage of the suspect’s vehicle from earlier in the month and pulled him over at around 4 a.m.

Funny picture hahaha put that in the mug shot hall of fame… SHUT UP. This is not a laughing matter here, folks. You can laugh at that mugshot for two seconds and then we’ve gotta decide what to do with this man because this is one of the most horrific crimes I’ve ever heard of. On a Sunday morning you’re gonna drive around blowing an air horn and waking people up? You’re a fucking MONSTER. Remember that Miami cannibal who ate a dude’s face on bath salts and we were all like “whoa that’s a really dangerous drug if it makes people do stuff that horrible, we need to get those off the streets.” Well, whatever this guy was on needs to suffer the same fat. I need wall to wall media coverage, concerned parents on the air, anchors warning of what it will do to your kids. This is even more horrific than eating a man’s face and any drug that can warp the mind to think this is acceptable in today’s society needs to be taken care of immediately. Immediately.