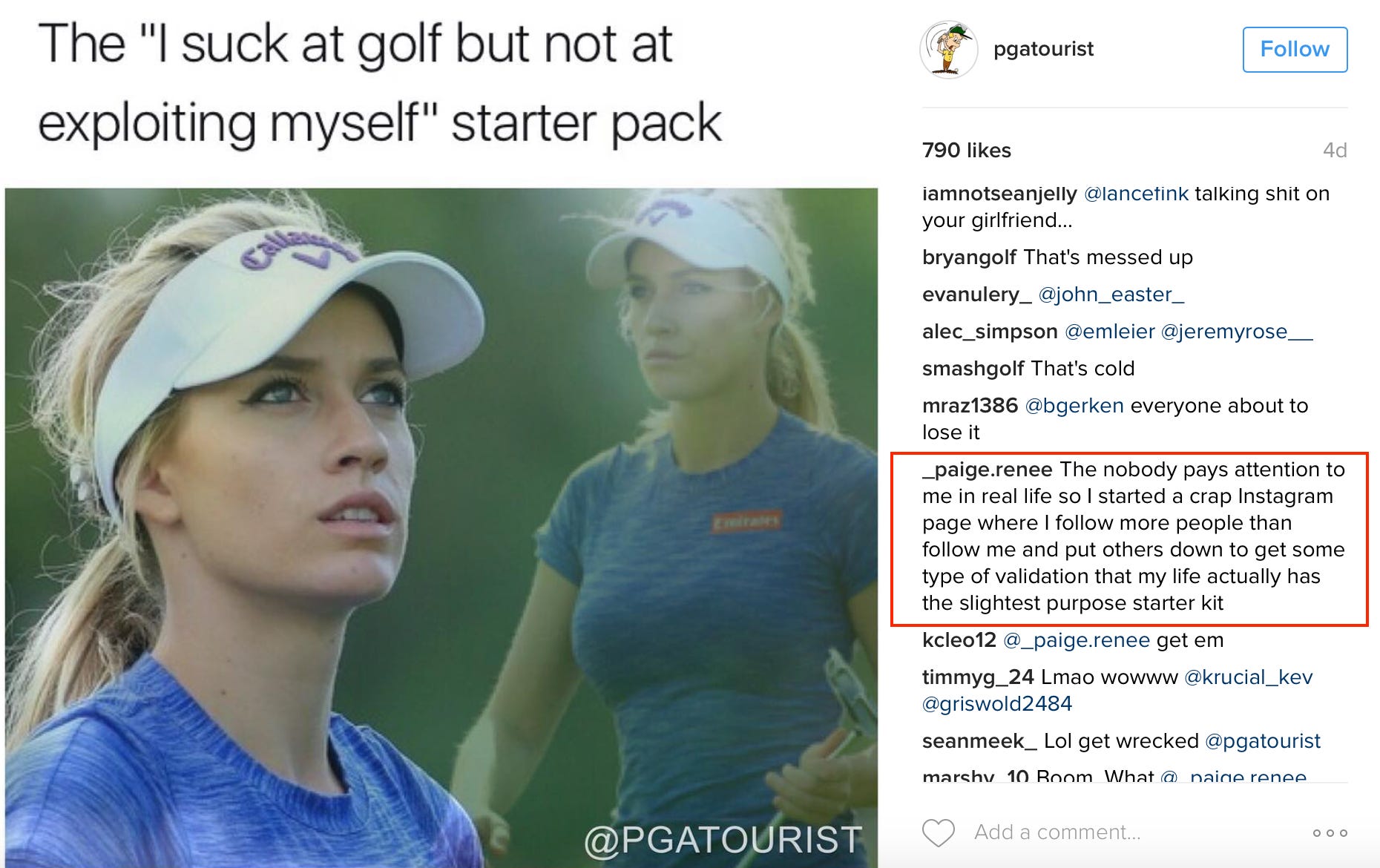 Get’em girl! Dead. Whoever runs that Instagram account is dead. My girl Paige out here putting bodies in the ground. The best internet smackdowns are the ones you know are true. The ones that cut to a core of a person. Paige didn’t say that guy was ugly or fat. Those are shallow and mean nothing in the long run. She ripped his entire life apart because the things she said are undoubtedly true about him. She said things that are gonna have that guy waking up at in the middle of the night being like, “She’s right. My life was no meaning. I have a truly sad existence.” That dude definitely sucks at life so he decided to try and make meaning out of him being alive by trolling people on the internet. Instead, he got his guts ripped out by someone who actually has a life. That guy might actually kill himself.