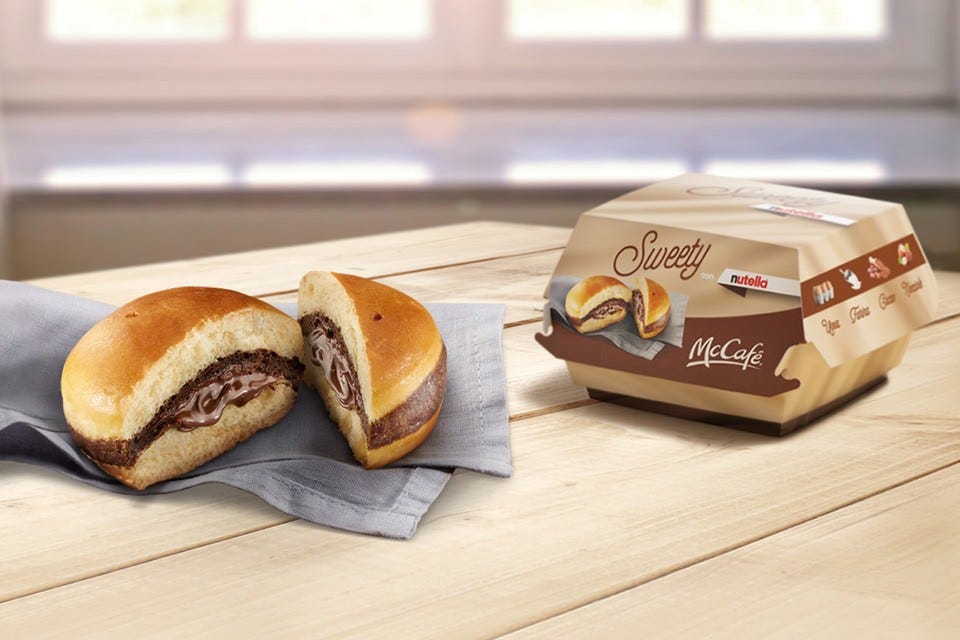 The Verge –  McDonald’s latest dessert, available only in Italy, is called the Sweety con Nutella, and has the shape and soft buns of a regular burger, but instead of a uniform slab of beef in the middle, it has a big gooey center of Nutella hazelnut and cocoa spread. This carb-heavy feast would surely get a place on the This is why you’re fat Reddit, if not the original site.

Wow. Wowwwwwww. I flat out refuse to live in a nation where we are culinary inferiors to Italy. Italy, of all places. Walking around like their shit don’t stink after flaunting this Nutella burger in our face? Those sons of bitches. So now I guess it’s time for us to do what we do best. Just like we did with pizza and pasta and chicken parm, it’s time to take Italy’s Nutella burger and make it even better.

Nutella is one of the tastiest treats known to man. Personally I’m a fan of pairing it with a spoon straight out of the jar. But I guess you can also put it on toast or a bagel or whatever you want because it’s that good. I’d brush my teeth with Nutella. And the best part about Nutella? Somewhere along the line of history, somebody said it was actually good for you. So now when you down half a jar of Nutella in the morning for breakfast, you’re really just being a health nut. Pretty much a professional athlete taking care of your body. No big deal or anything. But yeah, moral of the story is McDonald’s in America better have this available by Christmas or else heads with roll.