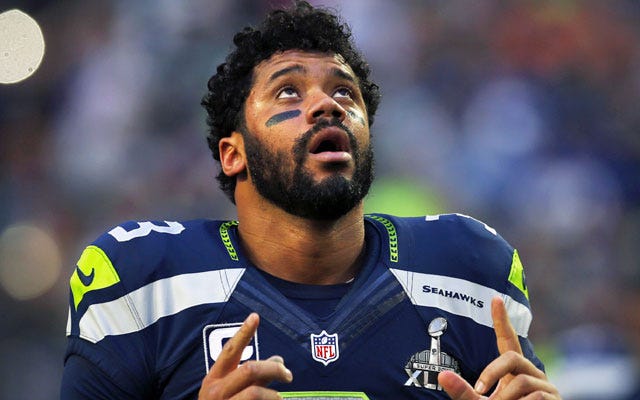 The NHL has been talking about expansion for years now. It was already determined that Las Vegas will get a team next season and we’ll finally get their name/uniforms/everything else a week from today. While other locations like Quebec City and Kansas City have been thrown around, the city that makes the most sense for the NHL to break into is Seattle. However… even though it seems like a perfect match, it still looks like it will take a miracle for the NHL to make the move. Enter Mr. DangeRuss Wilson. 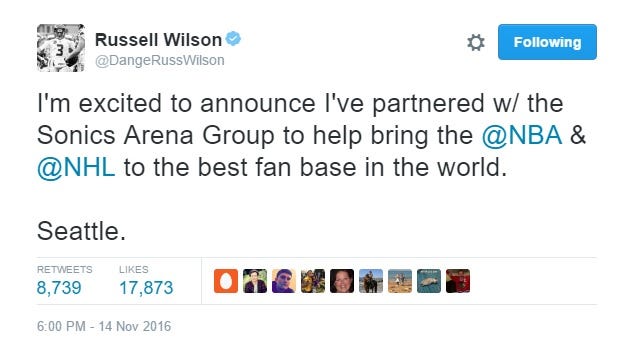 BOOM, BITCHES. What better miracle than to have someone with such a strong connection with God come join your side? This is like getting the approval from the best friend of that chick that you’ve been trying to talk to at the bar all night. As soon as DangeRuss gives God the “you know what, he’s actually not that bad”, then it’s ON. The NHL is moving to Seattle and it’s because God put Russell Wilson on this Earth to make it happen. Maybe this is why He didn’t want Russ to win back-to-back Super Bowls. He had bigger plans for him. So just as Jesus died for our sins, Russell Wilson threw a pick to Malcolm Butler so that the NHL could move to Seattle.

The moment that Russell Wilson fell in love with hockey forever. 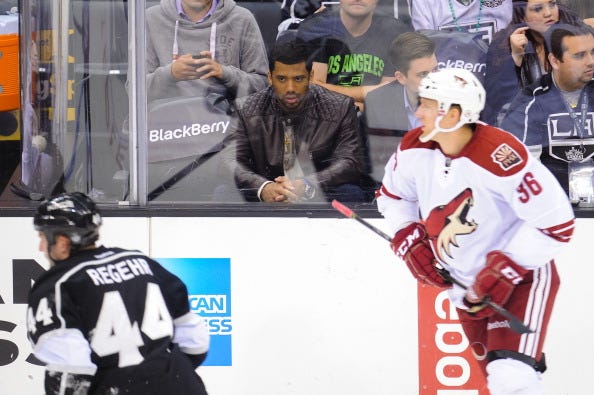 Hope they serve Nanobubbles at Sonics Arena. ‘Bout to buy that shit by the liter.