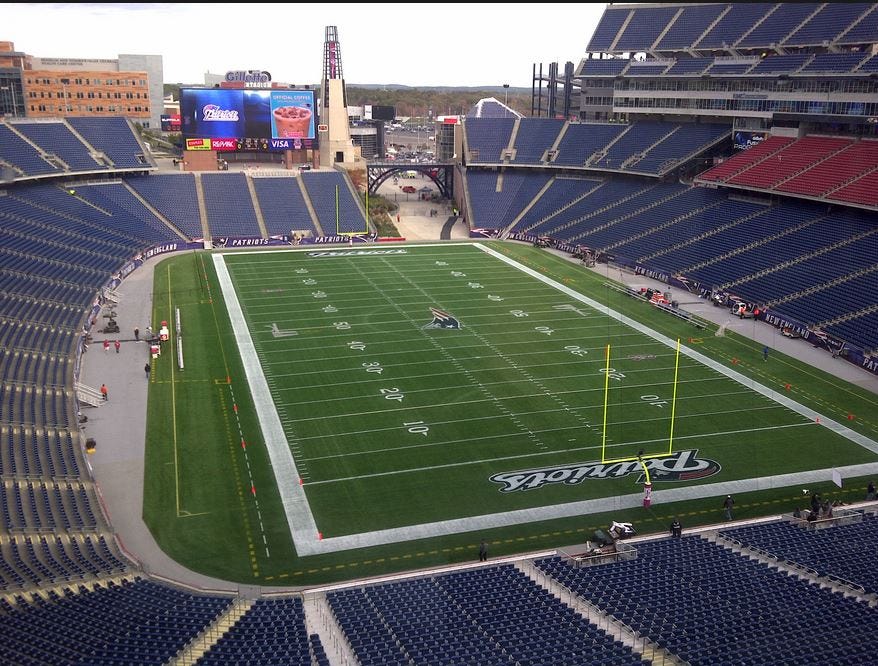 USA TODAY – Whether he was getting one last jab in against his former team and past Super Bowl foe or just being frank in his assessment, Pete Carroll was straightforward in his take on New England Patriots fans. Carroll said Monday he didn’t find Gillette Stadium to be an intimidating environment in Sunday night’s 31-24 win over the Patriots. Carroll, however, was not particularly impressed with the noise level from Patriots fans during the game. “OK,” Carroll said of the atmosphere when asked on 710 ESPN Radio on Monday. “It’s not a great place. They weren’t nuts. It’s because they’re so used to winning. There was a time when they kicked their last field goal to go ahead, and it was like a round of applause for the nice effort. Gosh, our guys would be going berserk.”We’re so hungry for it. It’s a gorgeous setting, beautiful arena and the fans, just the whole thing. It’s really classy.”

How fucking dare Pete Carroll say….wait a second. What did he say? That Gillette is a quiet non intimdating place to play? Gee ya think Pete? It’s a well known fact Gillette crowds suck especially during the regular season. It’s a wine and cheese crowd for sure. Everything Carroll said is 100% fact. Pats fans are spoiled, complacent and quiet. This happens to any franchise that wins for 20 years straight. So I’m not even sure why this is a story. You want to know when Pats fans were loud? In Arizona when Goodell handed us the Lombardi trophy and all the Seawhawks fans were waiting in line for cabs. That’s when Pats fans get loud. When we win superbowls. It’s tough to get the blood flowing in November.