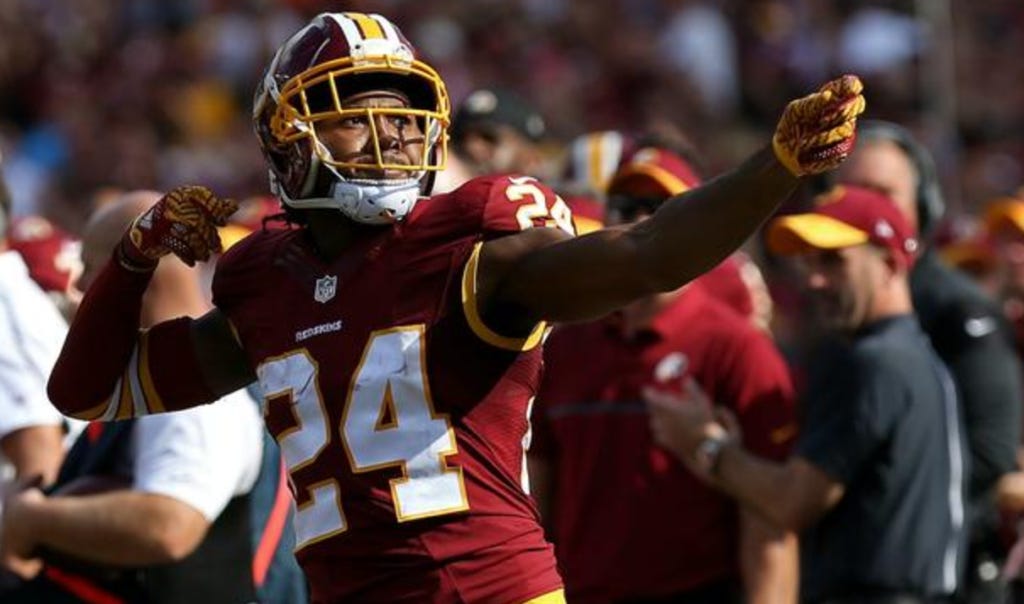 WaPo - It’s been a while since Norman went after Goodell, though. Fortunately, the Associated Press recently surveyed some prominent players about what they would do to improve the oft-criticized league. And Norman had some ideas.

“Simple: Get the people who are in there out,” Norman told Howard Fendrich. “Whoever’s making the rules, just get ’em out. We have a new president; have a new NFL commissioner.”

Norman, as Fendrich noted, has already been fined more than $75,000 this season, and he added, “I hope I don’t get fined for that.” But he also had more to say about the league office.

“The game has been this way for 100 years. Why are people in the [league] office trying to change it?” Norman asked. “What are you trying to make better? Why touch the game? .?.?. Change the staff. We changed the president; let’s change them, too. There should be a number of years you can run it. There should be a term limit in the NFL.”

Josh Norman truly is the People’s Champ. While other players (and probably rightfully so) don’t speak out about the NFL and it’s myriad of problems, Norman has never once held back. He called Goodell “horrible” in ESPN Magazine back in August, called the NFL out for it’s hypocrisy last month, and has also called out the refs for sucking this year. And now he wants to set term limits for the commissioner because he’s so sick of Goodell’s shit. He’s been fined $75,000 this season and doesn’t look to be slowing down. When everyone else is silent, Norman is the watchful protector. And he’s probably not wrong. Having a limit on the number of years the comish can rule would probably benefit the league as a whole, as one guy wouldn’t be able to change and manipulate the league for his own interests for an extended amount of time. Of course the league owners are fine with this because they are raking in money at an all time high, but man the players hate Goodell.