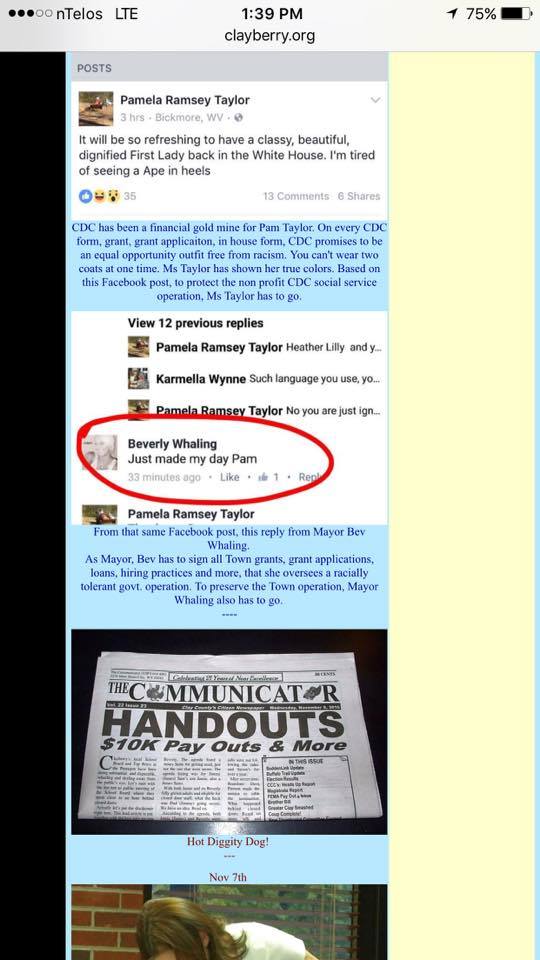 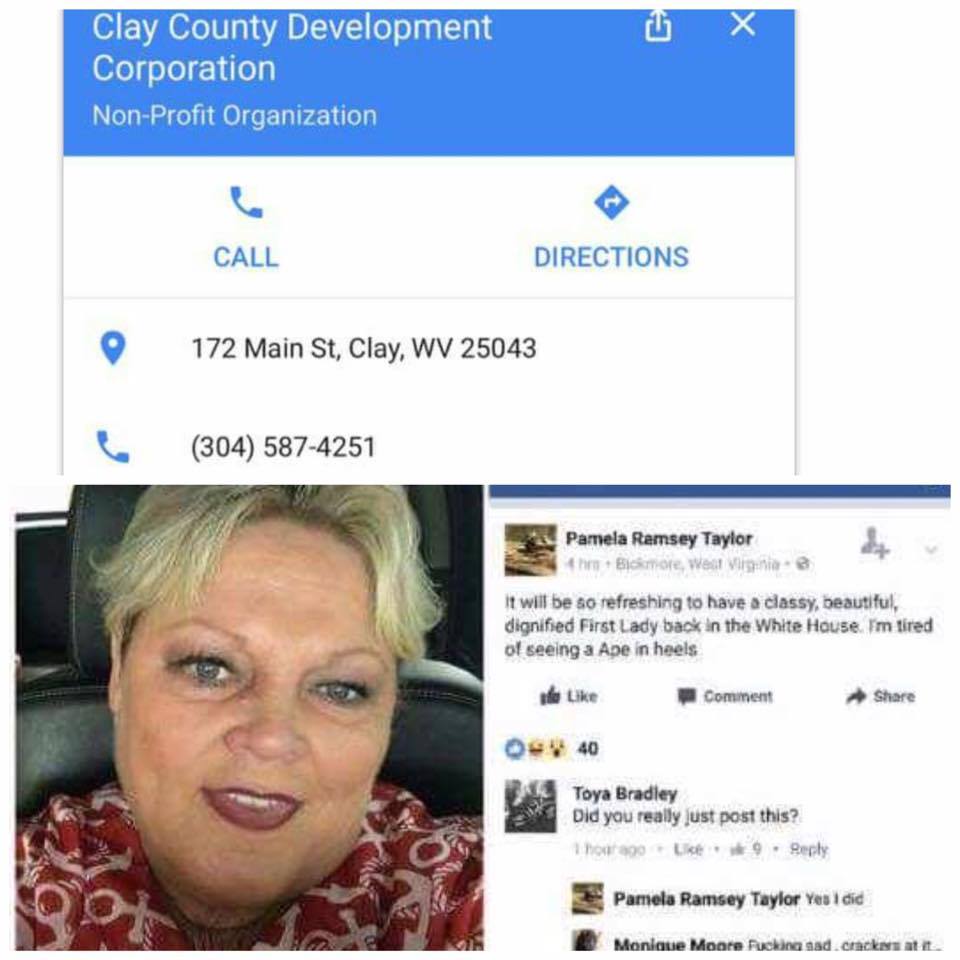 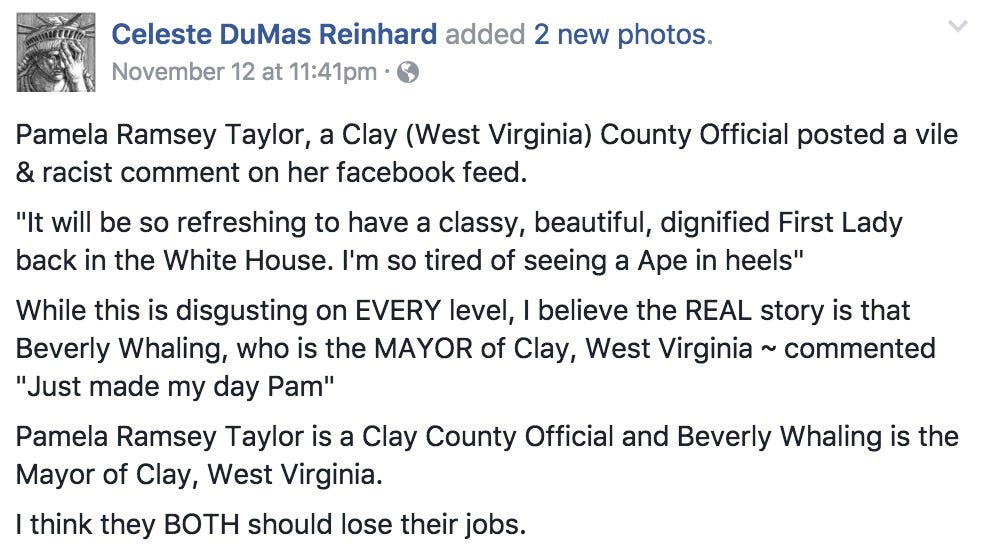 The Clay County Development Corp’s Facebook page has been inundated with requests for Taylor’s removal, and a petition has been created calling for their termination.

Taylor told WSAZ that she has been reprimanded at her job. However, she also believes she is the victim now and is filing a lawsuit against the people who are slandering her (there is currently a fake Facebook page under her name featuring a photo of a pig’s head on her body). Taylor says the reaction is now a “hate crime against [her].”

How about Big Pam Taylor here turning the game all on its head? She’s objectively pretty awful for putting outdated racist thoughts out there as a victory from the election but despite her hideous face and personality, I kind of like how she’s going back at the people attacking her with their own logic. By 2016 standards where colleges are genuinely holding “cry-ins” over the election results, shouldn’t this lady’s own Facebook technically be a Safe Space where she can articulate (lol) her own views without worrying about persecution? I’m just playing devil’s advocate here but why is it that there are a BILLION places for people with one viewpoint to voice their darkest and most emotional thoughts but there isn’t a single one for loathsome idiots like this chick who, while probably not deserving of breathing air, does have certain rights and freedoms to live and express herself. Speaking their language and dropping “hate crime” claims probably won’t carry much water but fuck it, I don’t blame her for giving it a shot.

The other thing I will say in Big Pam’s defense…she’s in West Virginia. There were probably legitimately hundreds of thousands of worse posts than this talking about the election coming from there that would make this one look like a warm congratulations. Honestly I wouldn’t be shocked if one of the replies edited out of the screenshot is someone going “Hey Pam, liberalism is a disease lol” and mailed her an I’m With Her sticker before they get sent to Haiti because this might be one of the most left-leaning posts in the whole state. Maybe something to grade on a curve is all I’m saying.