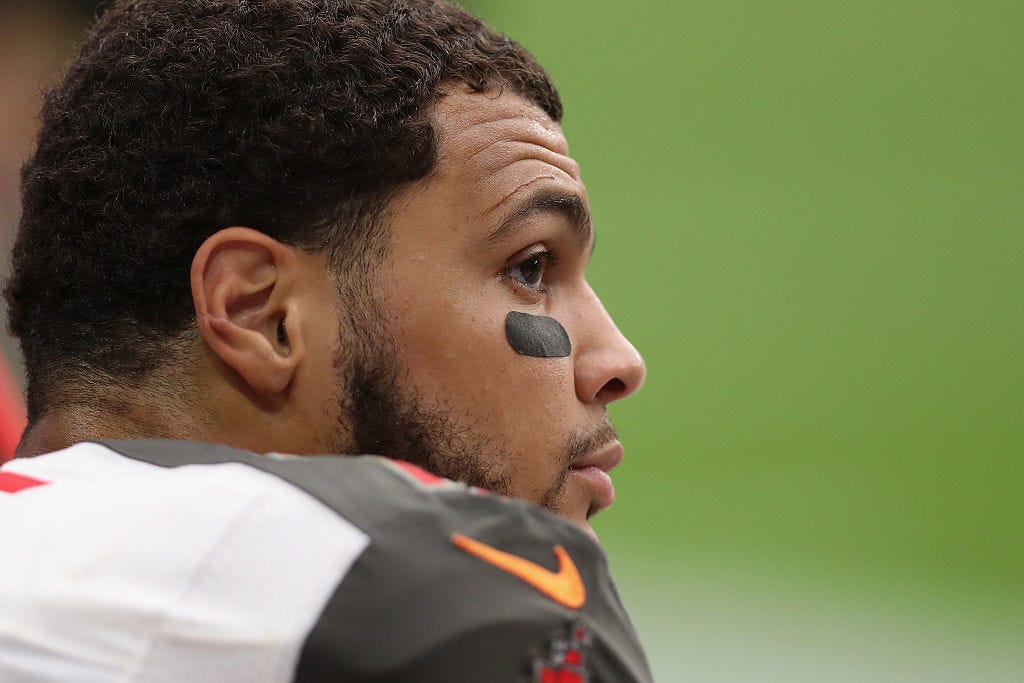 LBS – Tampa Bay Buccaneers wide receiver Mike Evans on Sunday chose to kneel during the national anthem, specifically citing Donald Trump being elected as the next U.S. president as his reason. If Evans hates Trump enough to make that loud of a political statement, perhaps he should have voted in the election.

On Election Day last Tuesday, Bucs receiver Louis Murphy posted a question on Instagram asking his followers if they voted. Evans replied that he did not.

Listen I’m generally on the side of athletes who view themselves as activists as long as they’re aware and accepting of the fact people may hate them for voicing it. You’re in the public eye, things affect you or piss you off, you shouldn’t have to bite your tongue for the one time in your life you can actually make a difference and influence people. For as much shit as Colin Kaepernick got, at least he had an idea of what he was talking about, did some research, and met with people who vehemently were against his stand, and then continued down his path accordingly (though according to this morning’s MMQB, Kaepernick didn’t vote either but is also protesting the election…good call dude, doesn’t undercut months of faux-politically aware drama at all).

But to say you’re mad at a Democratic process and not even take part in the Democratic process, that’s so fucking dumb. Especially when you’ve been a resident of Florida for several years now and the vote may have actually mattered in the outcome Mike Evans wanted. He had a chance to directly impact the thing he’s bitching about and didn’t do it, that means your opinion is dumb and you’re banned from further whines. I admit I was already mad today at Mike Evans for somehow contributing to my real-life fantasy football loss this week without helping my Draftkings team much but this puts it over the top. Fuck Mike Evans. Earn your right to bitch by showing up every day and/or helping me in fantasy sports, fair policy for how I weigh athlete social opinions.