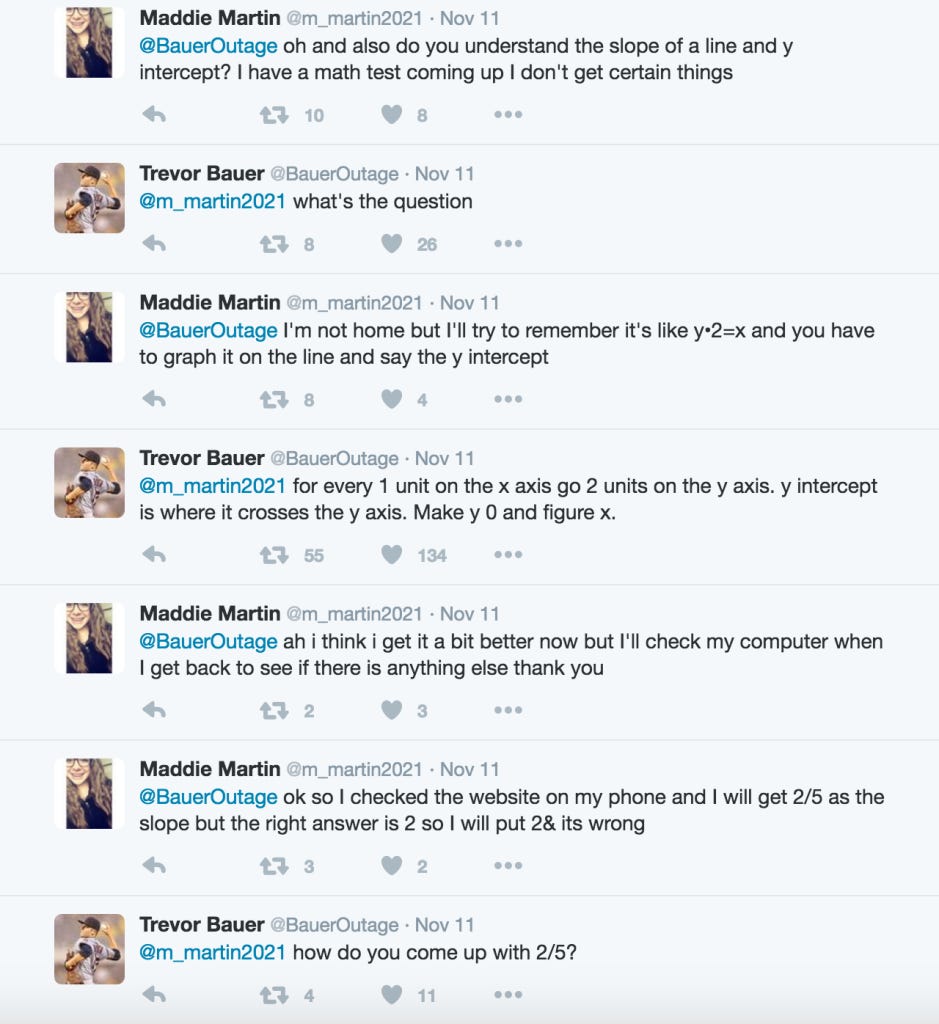 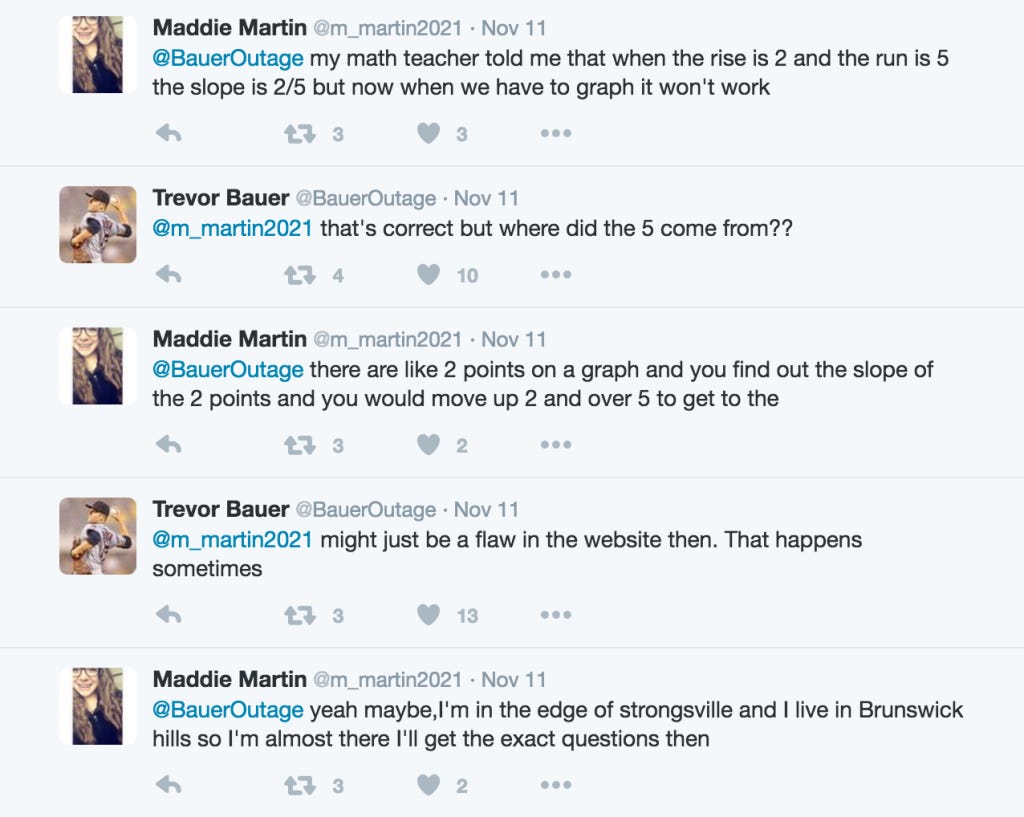 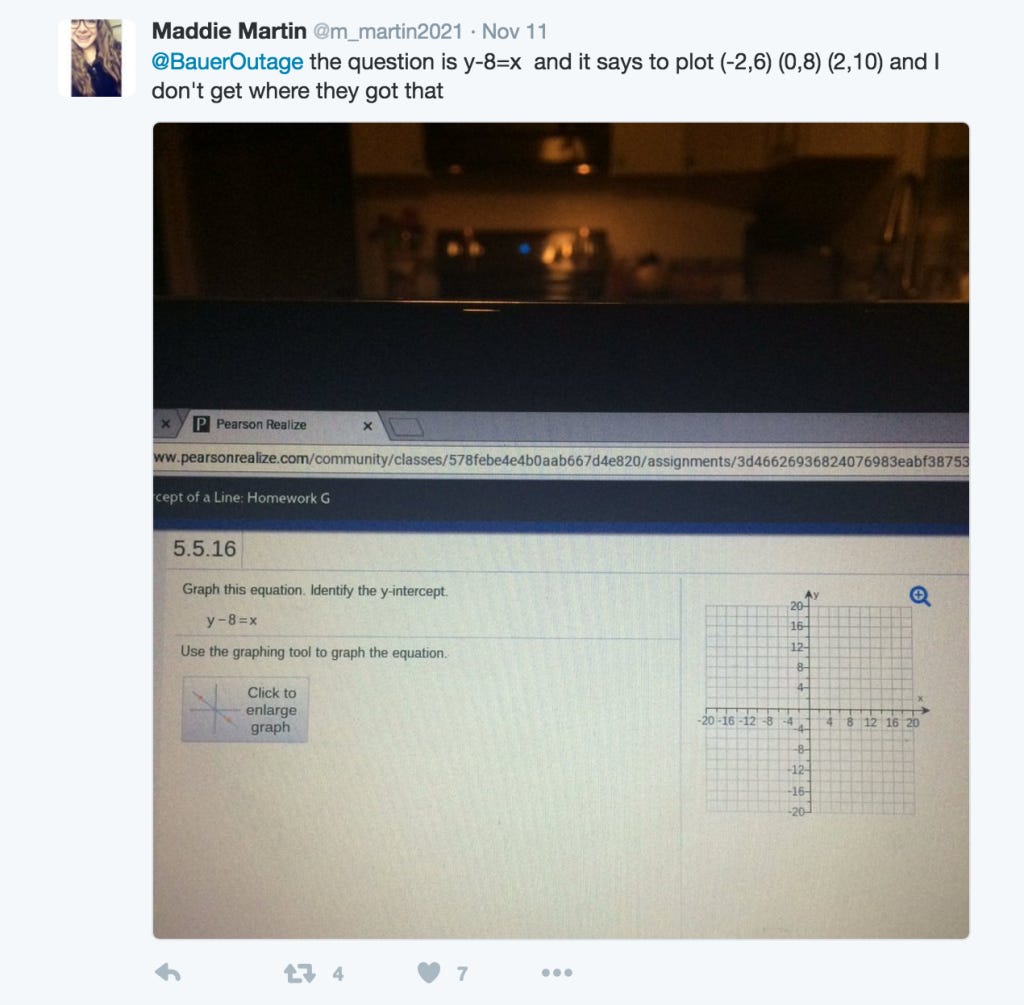 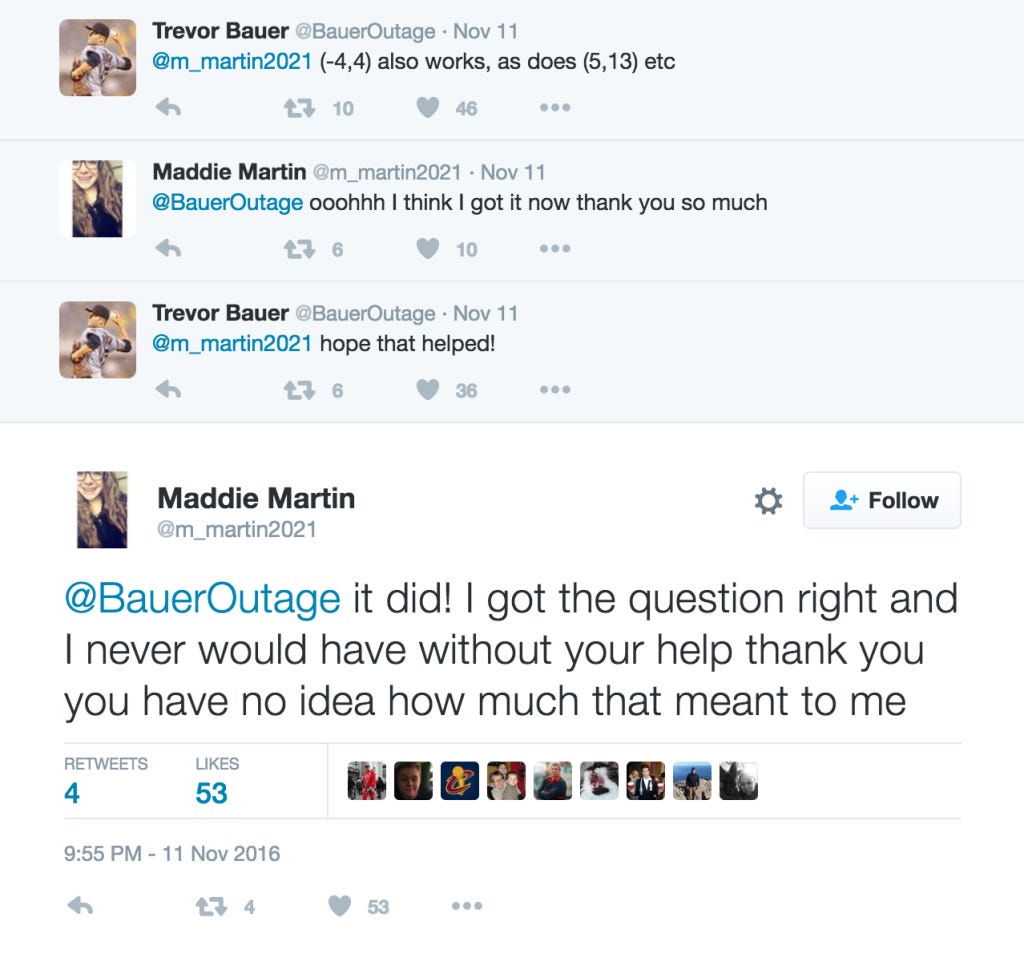 These kids don’t know how good they have it. I fucking HATE math. My freshman year of high school, I had this dickhead math teacher who used to just shit talk all the students who didn’t understand math right off the bat. You were a lost cause if you didn’t understand it right away. “If you’re going to fail, then fail quietly,” he used to tell us. Fuck you, dude. I got a tutor that year, and my teacher would still mark everything wrong on my tests, even though they were the correct answers, because the way that I got the answer was the way the tutor showed me, and not the way that my teacher showed us in class. Complete dickbag.

By my senior year, I already knew that I had enough credits to graduate, so I totally mailed it in with my math class. I’d come in, sit at my desk, and put my head down. When my teacher would go down the line asking each student if they did their homework, she’d skip over me, because she knew there was zero chance that actually I did it. The first college math course that I took was impossible. I made it until May 5, and then my professor gave us a pop quiz that was five questions. I handed it in like this:

And then I dropped the class. After I transferred to Endicott (Go Gulls), I took a statistics class, and the only reason I passed was because I did my final paper on which baseball statistic greatest determines a team’s overall success, and I got Bill James to contribute to it. I told my professor, “Listen, I don’t know how well you know baseball, but this is a baseball statistics paper that I got Bill James to contribute to. This would be like writing a paper on music and getting Mozart to contribute to it, so grade this accordingly.” Turns out the professor was an umpire in his spare time. I got an A, and never had to take another math class for the rest of my life. I’ve never been happier.

Back in my day, we couldn’t tweet drone-flying starting pitchers who just competed in the World Series for the answers to our math problems. I had to do it the hard way, which was fail for six years until I finally got a professor who liked baseball. By the way, the only people on earth who need to know algebra are algebra teachers. None of that shit is useful in the real world. Replace algebra classes with classes on how to make a fucking Facebook Live feed last longer than six and a half minutes without cutting out.