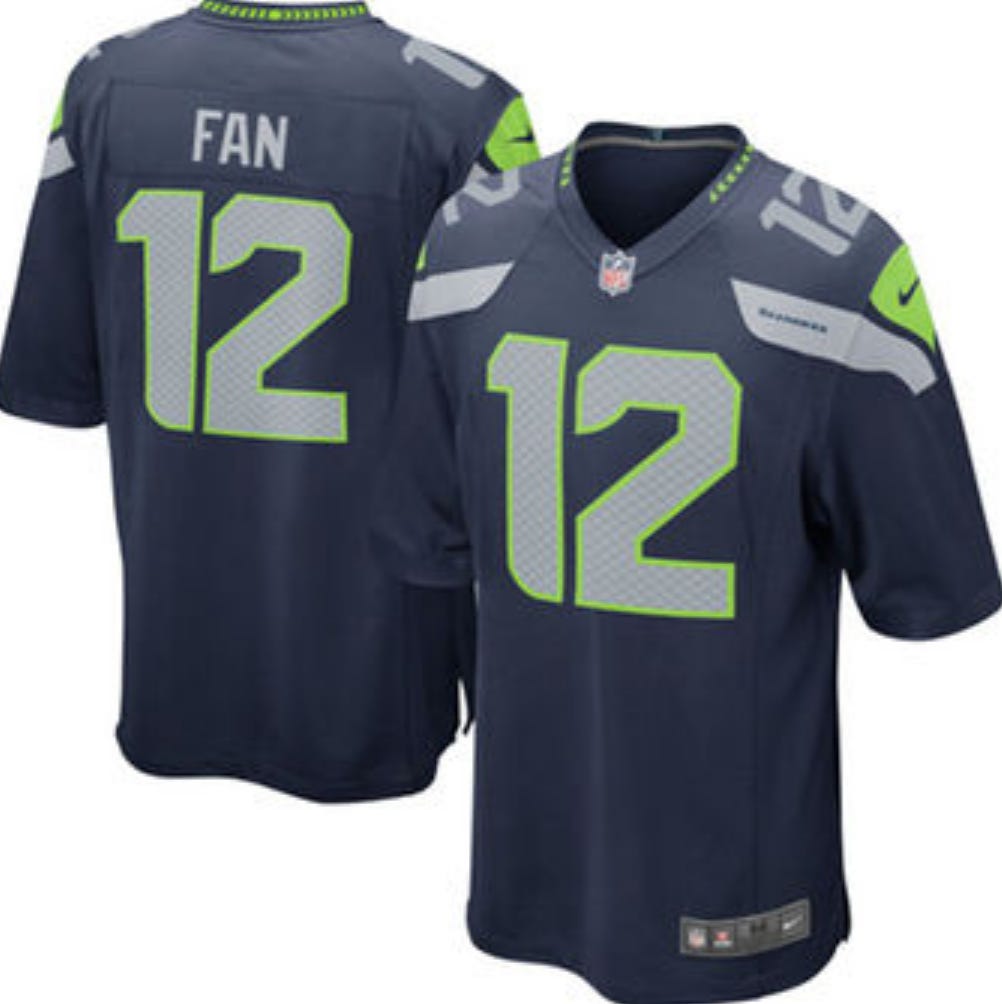 I’ve long suspected that I’d hate Seahawks fans. It’s not hard to imagine that you would, with all their “TWELVESSSSSSS” bullshit and stupid outfits and regularly trying to break the record for loudest stadium bullshit. They’re insufferable and you really only need one crowd shot during a game in Seattle to figure that out.

But last night I did some hands-on, investigative reporting (he said, trying to set the foundation for an argument that he should be able to expense this trip) and I can undoubtedly confirm that they’re the absolute worst. It’s not that they’re loud and obnoxious, I think that’s funny. I become friendly and bust balls with almost every loud and obnoxious opposing fan I sit next to. But Seahawks fans weren’t that, they were just lame as fuckkkkkkkk. What’d they do to make me think that? They were wearing “Fan 12″ jerseys. They were using binoculars in fucking good seats the 100s. Every time the Seahawks had the ball they’d do that “quiet down, crowd” hand waving that QBs do and every time they thought it was the funniest thing ever. They mocked the decibel reader “measuring” how loud the crowd is, as if it was some extremely scientific experiment. Finally, they laughed at how there were so many drunk fans at Gillette and said Patriots fans drink too much. That was when it all went too far. That makes shit serious. You want to scream that we’re “Not as loud as CenturyLink! Not as loud as CenturyLink!” then I’ll let it slide, but don’t you ever tell a bunch of drunks that they’re alcoholics, that’s a quick way to get your ass kicked.

And if you think this is just sour grapes, you couldn’t be more wrong. I was more upset by the traffic on route 1 than I was about the loss last night. Don’t get me wrong, I’d prefer a win. Given the option I’m almost always going to choose win rather than lose. But I’m just not too bent out of shape about that loss. If the Super Bowl was on the line and we couldn’t punch it in at the goal line? Oh man, yeah that would really hurt. I’d probably kill myself or something if that happened. But last night in week 10? It was a shitty loss and the Pats played like shit but it was still week 10.