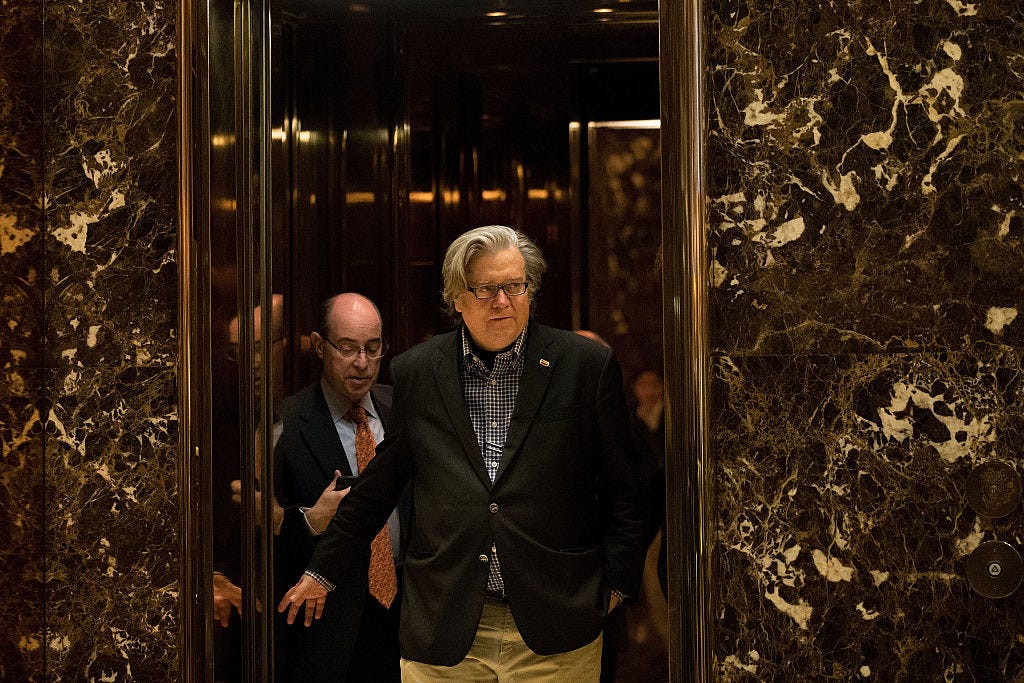 Yesterday the first official Trump Administration hires were announced. Chief Of Staff: Reince Priebus, the chairman of the Republican National Committee. He’s your classic political buddy-buddy, GOP insider, will do whatever needs to be done for the GOP kinda guy. He’s a company man. If the GOP had a Rundown, he’d be rocking Mottandbow pants, a MVMT watch, sitting on a Leesa mattress that he purchased access to on Seatgeek.com while drinking an Oak N Coke N Natty and the words “share” and “subscribe” tattooed on his forehead. 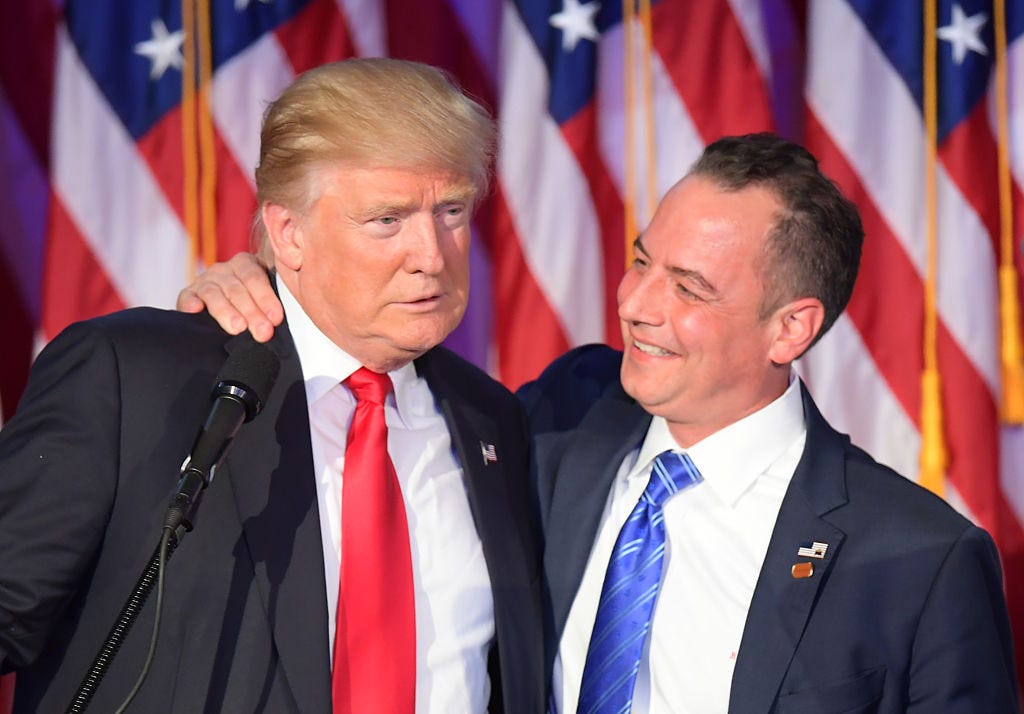 He’s smart, experienced, and well-liked. He’ll be the GOP establishment voice in the Oval. And he’s the Chief Of Staff, so it’s a loud voice. 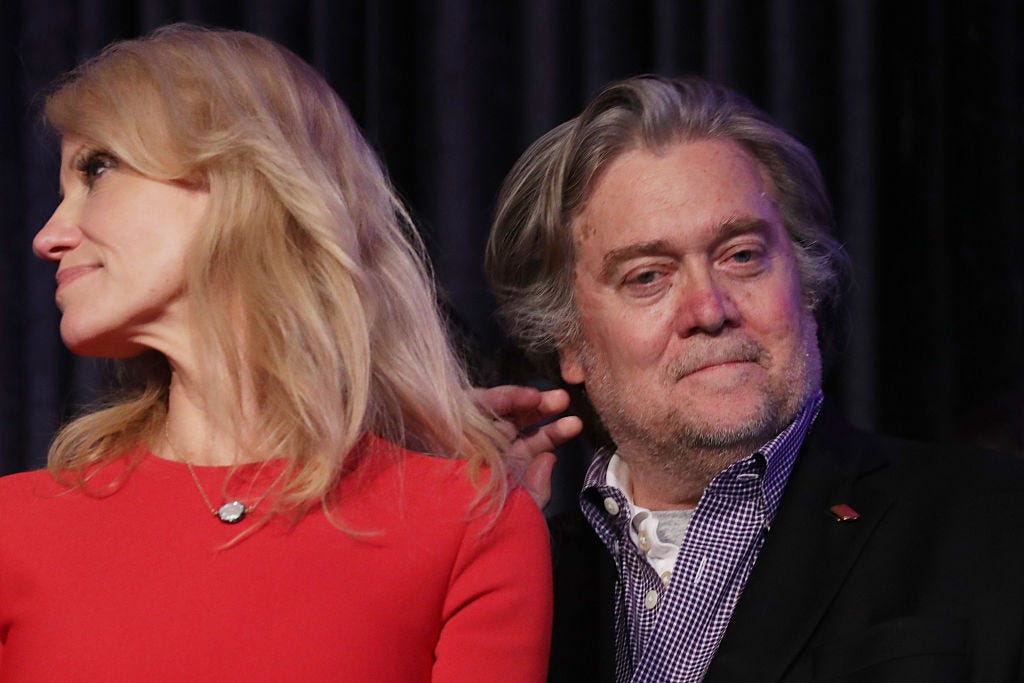 The shitty hire? Steve Bannon. Bannon was brought into the Trump Campaign mid-summer as things were spiraling out of control and DJT was losing momentum. He’s formerly the head of Breitbart News, a far-right website that mirrors the ultra-liberal Mother Joneses and Daily Koses of the world.

While his hiring to the campaign team was controversial, it at least made a certain degree of sense. Campaigns are about winning and, as this campaign continued to get uglier and uglier, having a ruthless right-wing operative brought onboard was understandable. And, clearly, it worked.

However, hiring Bannon to a leading and consequential role in the administration — he’s officially Chief Strategist and Senior Counsel — is a shitty and divisive move. Bannon has proven over the years to be, in many ways, a piece of shit.

In July speaking about Breitbart News, he said, “We’re the platform for the alt-right” (alt-right is described as “a loose group of people with far right ideologies who reject mainstream conservatism in the United States. The writings of the group are largely Internet-based and are found on websites such as 4chan and 8chan, where anonymous members create and use Internet memes to express themselves.”)

Two weeks after the Charleston massacre, Bannon published a call to “hoist [the Confederate flag] high and fly it with pride.”

Many, many people believe Bannon to be an anti-semite and racist. He drives people NUTS and, even if he isn’t those things, Trump announcing this hire after declaring in his victory speech that he’ll be the president for “all Americans” and that we need to “bind the wounds of division” is an incredibly disappointing move.

Newt “Moonbase” Gingrich says Bannon can’t be racist because he worked in finance.

Newt Gingrich on Bannon: He's not anti-semitic because… he worked in finance and in Hollywood. https://t.co/yHCNMMKPEy

Hiring Bannon seems like a direct rejection of that hope. Hiring Bannon, in my opinion, should be a massive disappointment to rational Trump supporters, who I believe voted for Trump for the right reasons and believed he was, deep down, a good guy with an aggressive message that would change things up in the best interests of ALL Americans.

If there’s one potential saving grace it’s that Bannon’s extremism could be stifled, or at least watered down, by the strong presence and role of Chief Of Staff Priebus. Although they’re both conservatives, Priebus differs in many ways from this NPR description of Bannon:

“Unquestionably, [Bannon] is a take-no-prisoners operative. A former Hollywood producer, a Goldman Sachs managing director, as well, he ran the Breitbart website, which has become synonymous with the alt-right. And he’s certainly no fan of the establishment Republicans.”

Either way, not a hire likely to simmer down tensions following the shocking election result. I guess we’ll just continue to hope to god that Trump knows what the hell he’s doing.