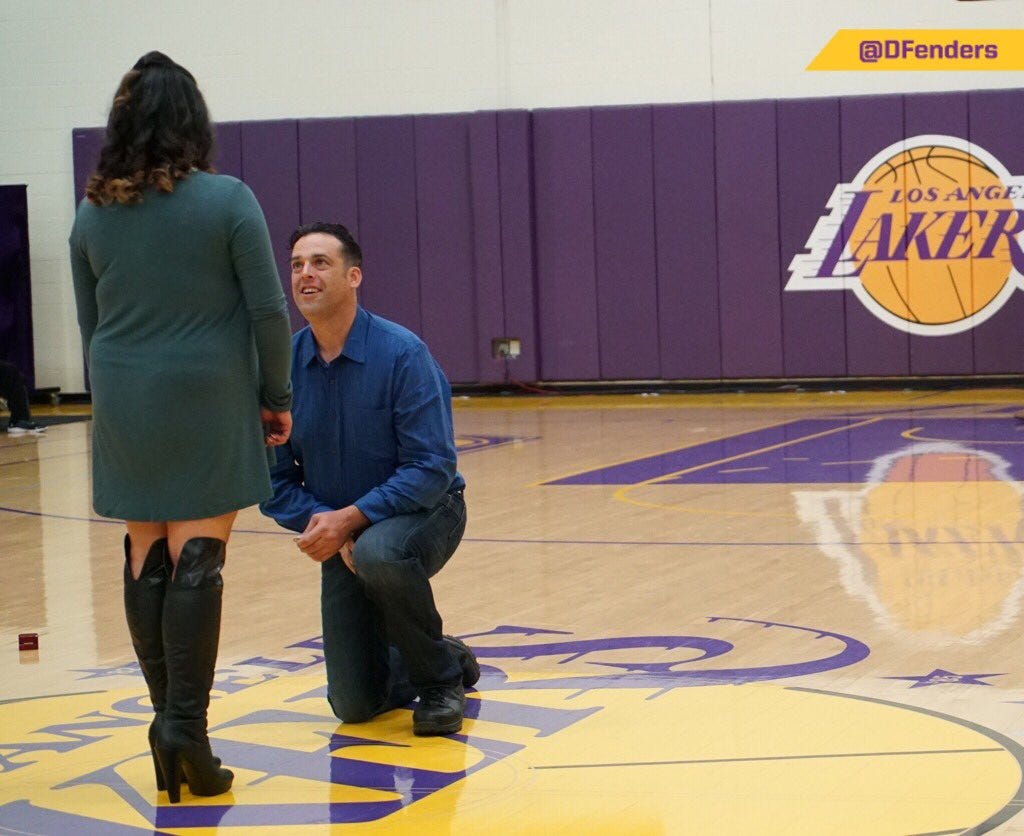 Anytime you have the opportunity to propose at an NBA D-League game, you absolutely have to jump on it. Not often that a man gets the chance to stand midcourt at one of the most famous D-League franchises and pop the question to the love of his life in front of tens of people.

Can you imagine what was going through her head? She had to be thrilled that her man went all out while still remaining on the most strict of budgets. Speaking as a married man, I know that my wife appreciates when I find a bargain. There is no greater proposal bargain than taking that Groupon 2 for 10 dollar deal and parlaying those bad boys into a lifetime commitment. 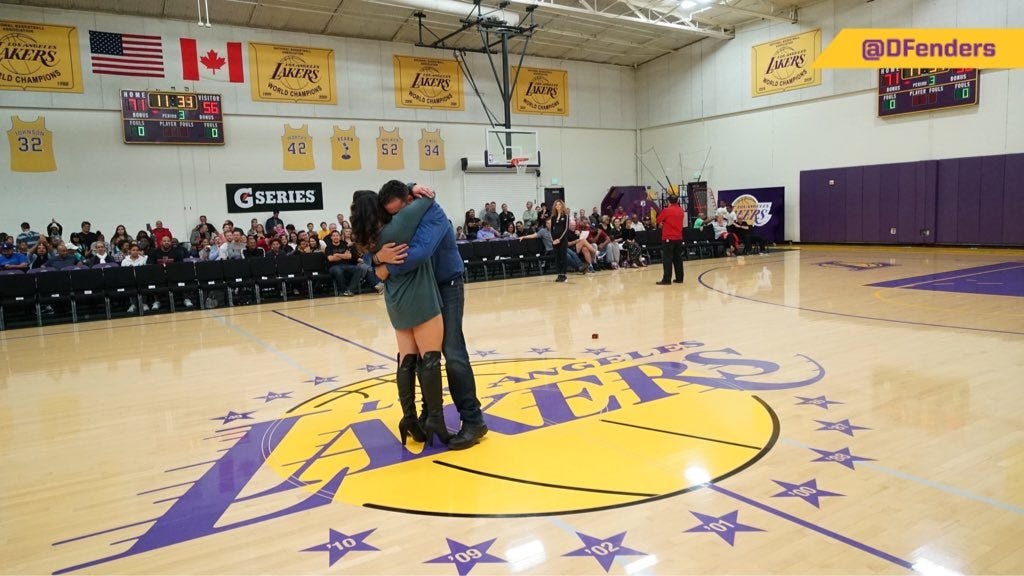 Fall is here and love is in the air; it was never more evident than at this Laker’s D-League game. Wear your sweaters. Get your red Starbucks cups. Pop the question at your favorite developmental league’s stadium. It’s Fall, folks. Love is in the air.