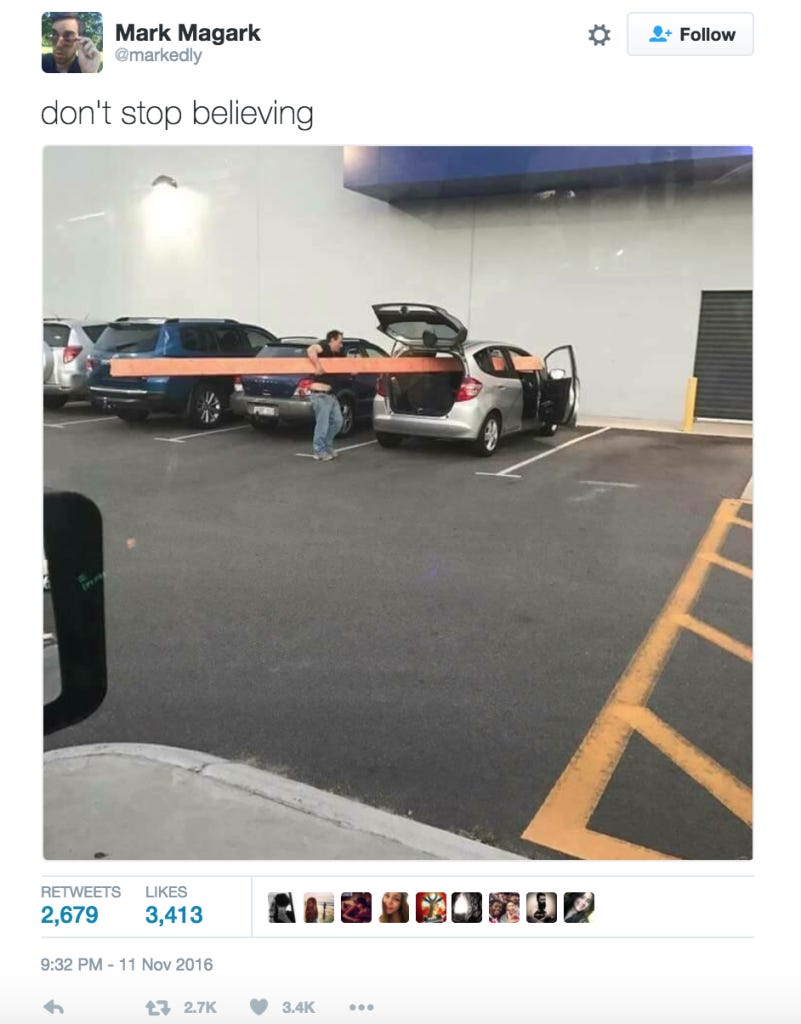 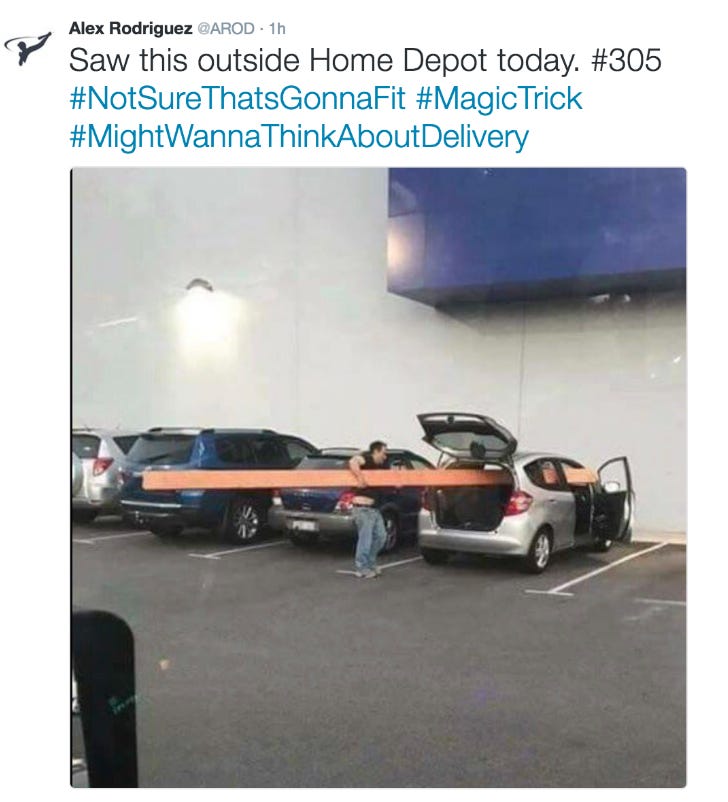 And after he deleted that tweet, he tweeted this one out: 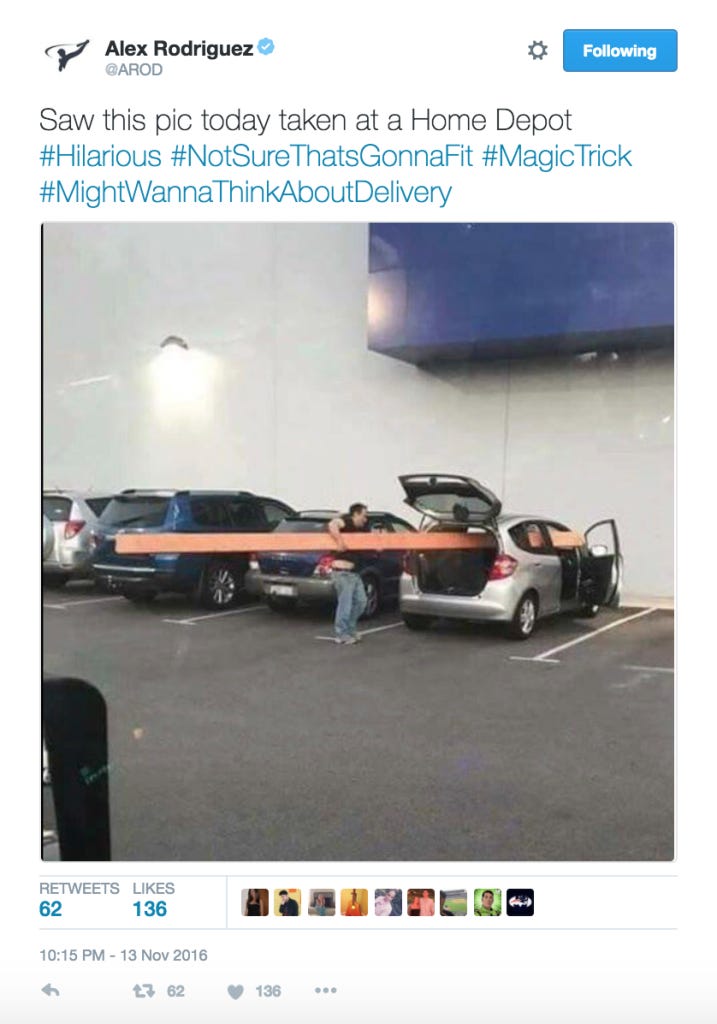 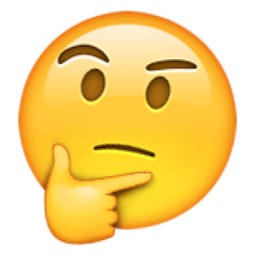 Myself and millions of Americans around the country were not prepared to love A-Rod as an anti-hero the last few years or as an announcer with Pete Rose on Fox. However, him becoming a Twitter parody account and ironically tweeting out viral pictures as if he took them would be the ultimate rebrand. He could have Cousin Yuri scouring the web for the best memes and pictures to rip off like all those other fuccboi parody accounts and I wouldn’t bat an eyelash. That’s the beauty of Alexander Emmanuel Rodriguez. Dude is an enigma wrapped in a riddle that is sucking face with himself in a mirror. He just wants to be loved, whether it’s crushing dingers or getting a shitload of Likes/Retweets. Which is why I am not going to say that A-Rod definitely stole this picture. Sure the thought of A-Rod shopping for himself in a Home Depot is ridiculous enough, let alone the him DIY’ing around his mansion like a commoner. And has A-Rod ever even made a joke before? Then again, while this seems like a blatant rip off, a bunch of Stoolies also saw similarly wild things around town this weekend.

Crazy shit. So based on past actions, if A-Rod denies stealing the picture, he is not telling the truth. Purple lips don’t lie. Actually that’s exactly what they do. Purple lips lie and smooch jacked blonde chicks that could bench press me. 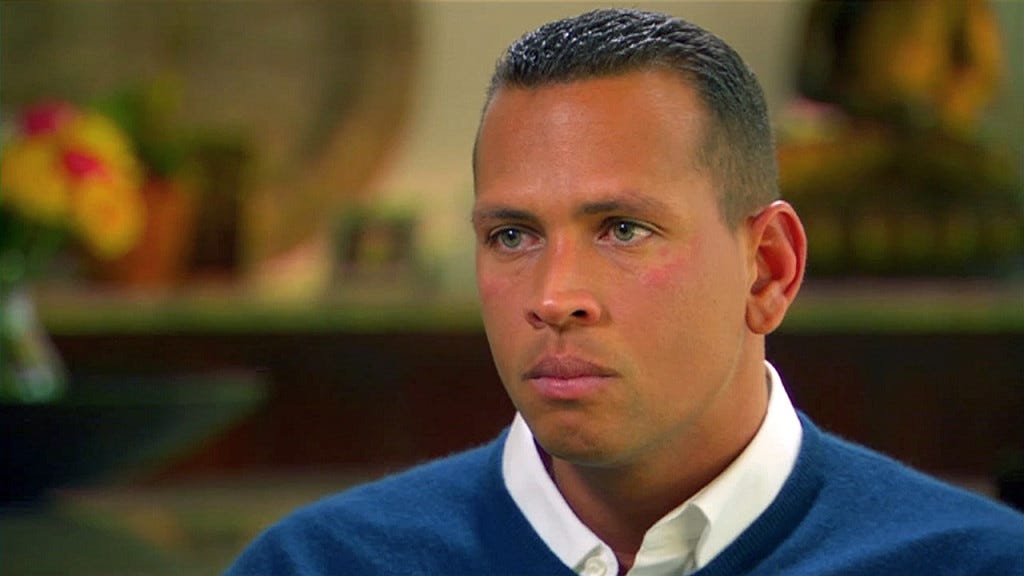