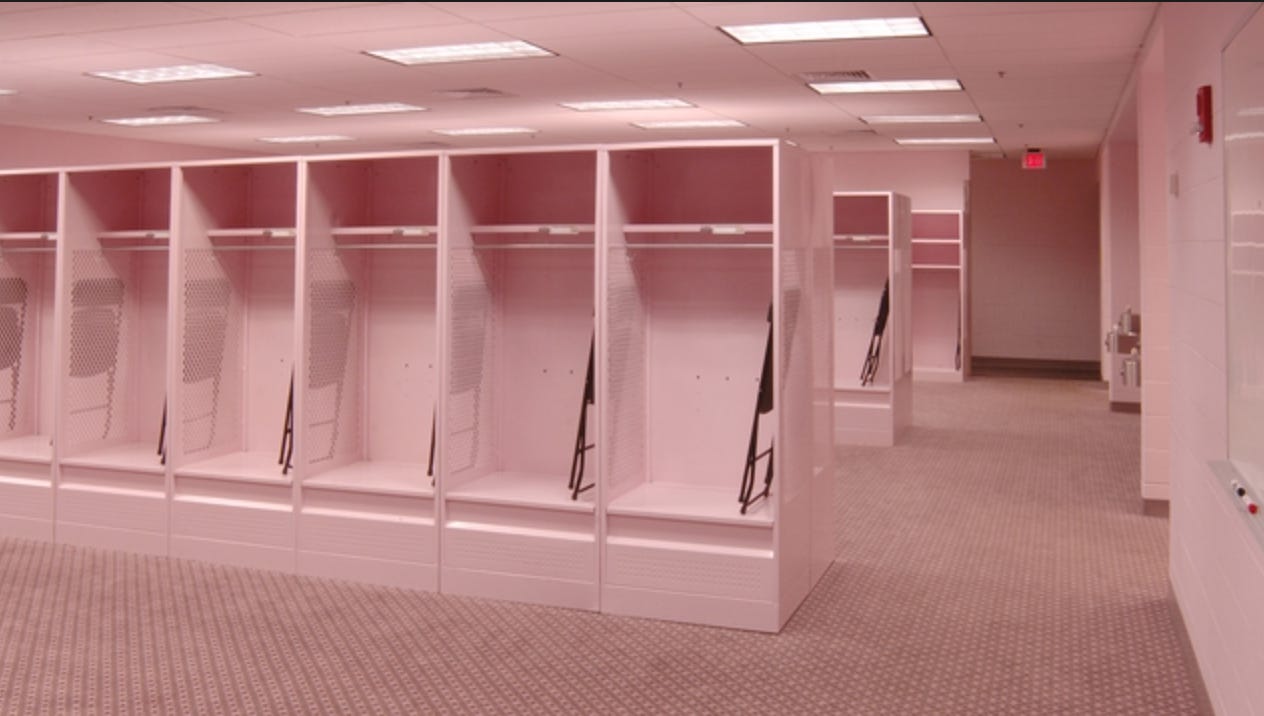 I’ve seen this all over the place today. People going bonkers about what Jim Harbaugh did to Hayden Fry’s infamous pink visitors locker room at Kinnick Stadium. The pink locker room is always a centerpiece whenever big games are played at Kinnick. It’s like mentioning the Buckner play during Red Sox playoff games pre-2004 or mentioning Steve Bartman during Cubs playoff games pre-2016. It’s the one thing the announcers ALWAYS talk about. It’ll be all over the ABC broadcast tonight. And you know what this move from Jim Harbaugh tells me? It tells me that the pink locker room is in his head. He wouldn’t have had his staff wallpaper the stuff with Michigan stuff if it didn’t bother him. That’s exactly what Hayden Fry wanted all those years ago when he put it in. Real estate in his opponent’s head. So in your face, Jim. Now your team is probably only gonna beat the Hawkeyes by two touchdowns instead of three.