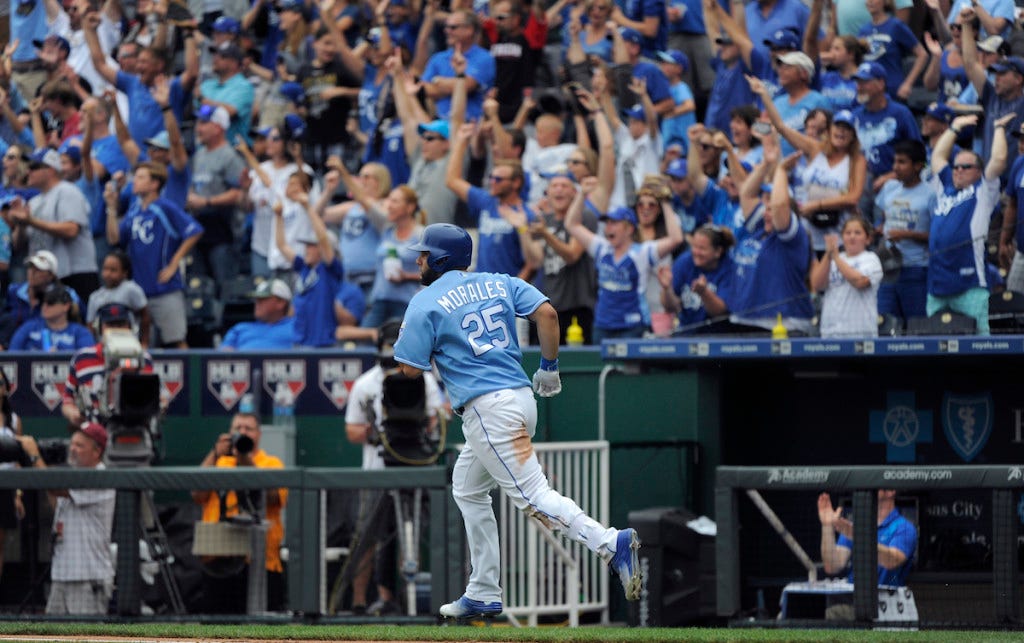 Before we get into this story, I just wanna throw this out there. If you’re into the MLB hot stove scene, you’ve gotta follow Christopher Meola on Twitter. He’s just a regular dude who breaks baseball stories. Not a writer, doesn’t work for a website, and has no affiliation to any news outlets. Just a dude who loves baseball, and lobs hot stove bombs every winter. He’s broken the stories of the Red Sox signing Pablo Sandoval and Hanley Ramirez, the Marlins monster Giancarlo Stanton extension, the Dodgers signing Kenta Maeda, the Cubs trading for Aroldis Chapman, and now, the Blue Jays signing Kendrys Morales to a three-year deal.

Earlier today, I wrote about how the Blue Jays made an offer to Edwin Encarnacion that came up short. I expanded on that by hammering the organization for being cheap, and how it sends a bad message to their fan base that they haven’t made more of an effort to retain Encarnacion’s services. The response to my take was negative, with fans saying that this is how negotiations work, that they have to come in low, Encarnacion can shoot high and meet them half way, and that we need to give them time to work out a deal. Well, now what do you have to say?

Do you honestly think that the Blue Jays have any intentions of re-signing Encarnacion now that they’ve signed Morales? I don’t. I think Encarnacion said, “Listen, here’s my number. I won’t go lower than this,” and the Blue Jays said, “Welp! Thanks for the memories,” and signed Morales before somebody else could. Does it completely shut the door on a reunion? Of course not. Encarnacion is technically a first baseman, while Morales is strictly a DH. That, and the Blue Jays have two bats to replace, not just one. For all we know, Morales could be Jose Bautista’s replacement in the lineup, and Toronto could still have intentions of re-signing Encarnacion. I just have a hard time believing that the Blue Jays will still make an acceptable offer to Encarnacion now that they’ve got Morales coming in for the years and the dollars that they got him for. We shall see.

As far as Morales goes, he’s been a .277 hitter with an .821 OPS over the last two seasons as the Royals’ DH. Over that two-year span, Morales is third amongst designated hitters in hits with 312, trailing David Ortiz by just one hit. He’s tied with Encarnacion, who had enough ABs to qualify as a DH, for the third most doubles (65), sixth in home runs (52), and fourth in RBI. Morales won’t turn 34 until June, so this is a good get for Toronto, especially when you consider that he’s the same age as Encarnacion. The Blue Jays were able to sign Morales for two years and $92 million less than what Encarnacion is reportedly asking for. Good for them.