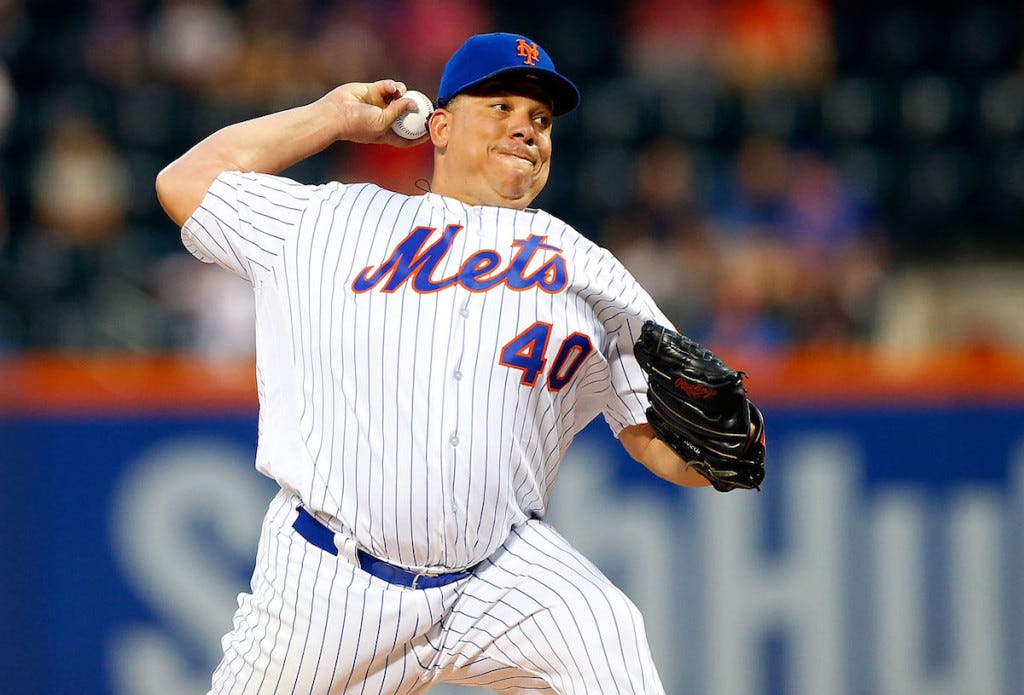 The Atlanta retirement home jokes are coming, but I can’t even hate on the Braves for signing 42-year-old RA Dickey yesterday, and 43-year-old Bartolo Colon today.

The big point that I was trying to hammer home yesterday after Dickey signed with the Braves was that this is a team in transition, which is pretty evident in their rotation, and they need innings badly. Prior to the Dickey and Colon signings, the Braves’ rotation featured five pitchers who had recorded just two 200-inning seasons between all of them, and they both belonged to 25-year-old Julio Teheran. None of the other four starters had even reached 180 innings, never mind 200. So, obviously, the Braves made it a point to bring in some arms that could give them innings during this transition period.

Enter: RA Dickey and Bartolo Colon. I’m sure the Braves will get mocked for signing a pair of 40-something year old dudes, one of which who doesn’t resemble anything close to what a professional athlete looks like. But if you cover up the names, disregard the physiques, and just look at the numbers, both of these signings make a ton of sense for Atlanta. Since 2012, Dickey is fifth in the majors in innings pitched (1056.2), and Colon is 21st (928). Over that span, this old as fuck duo has combined for a 3.67 ERA, a 1.21 WHIP, and they average 6.1 innings per start. That’s huge for a team that has a ton of inexperience within their rotation.

When you dish out contracts for two men over the age of 40, obviously their durability is going to be a major concern. These two are a little bit different, though. Dickey hasn’t been on the disabled list since 2005, and Colon hasn’t been on the disabled list since the summer of 2013. That’s not to say that they haven’t missed starts here and there with a various assortment of minor injuries, but as far as missing significant time with injuries, it’s rare for these two crusty ass fucks.

So, what’s next for the Braves? Well, they’ve signed every free agent pitcher that’s 40 or older except for Fernando Rodney. Rodney has an option for 2017, but the Marlins are expected to decline that, so there’s one idea. After that, perhaps they’d have interest in 39-year-old Joaquin Benoit, who had a 0.38 ERA in 25 appearances for the Toronto Blue Jays this year. Or maybe 39-year-olds Ryan Vogelsong and Javier Lopez? They’ve got some options.