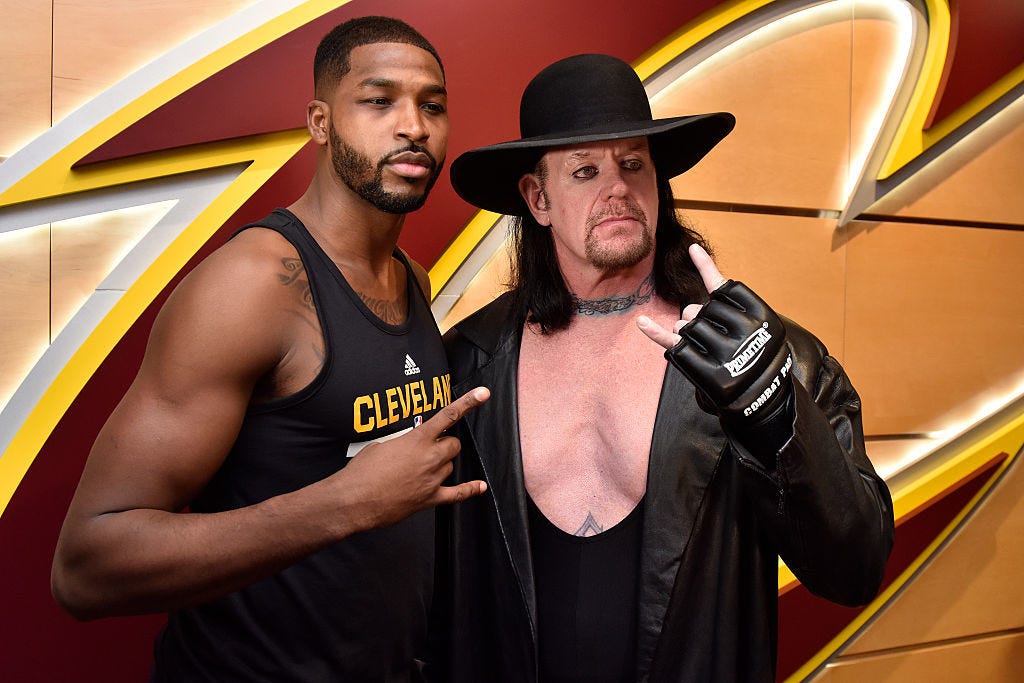 MTO – MediaTakeOut.com spoke with the significant other of a member of the Cleveland Cavaliers and she tells us that Tristan and Khloe have “broken up.”

The insider explained to MTO, “Everyone was[teasing] Tristan calling him “Kardashian” in the locker room.” Tristan reportedly did NOT like his new nickname, and it caused stress on his relationship with Khloe.

The insider added, “It’s messed up because I think [Tristan] really cared for that girl [Khloe].”

Right off the bat: You just know the “Tristan Kardashian” thing is a LeBron joke, one that he said the first time and didn’t get a big laugh in the room but then stored in the back of his head and repeated more loudly later on when Tristan Thompson did something stupid and it finally stuck. But I could definitely see how that would weigh on Tristan Thompson. There’s a storied history of athlete careers buried by Kardashian pussy to the point where we should be talking about their vulvas like the Sports Illustrated cover curse. And you can see it in his performance, all of a sudden the Cavs are a bottom 10 team defending centers after being among the best in the league last year. If he wanted to turn this thing around, he had to get out for himself before the stink of the Kardashian curse fully set in. If his teammates ribbing him with a wildly uncreative nickname got him to that point, they’re the best dudes in his life.

Also apparently Tristan Thompson took his mom to the Cavs’ White House visit instead of Khloe because of the breakup and that has to KILL her. A White House visit +1 is as valuable as it gets for someone who’s made a career despite being the least talented of a very untalented family. Khloe not getting a shot to rub her ass on Barry O’s dick pretending like she was innocently walking past in the hopes of roping him in is gonna haunt her for the rest of her days.

One thing I will give Khloe credit for…with dedication, starvation, and undoubtedly countless needles and scalpels thrust into her body, she’s really gone from a disgusting monster built like a refrigerator to a passable human woman. So, hey, kudos Khloe.