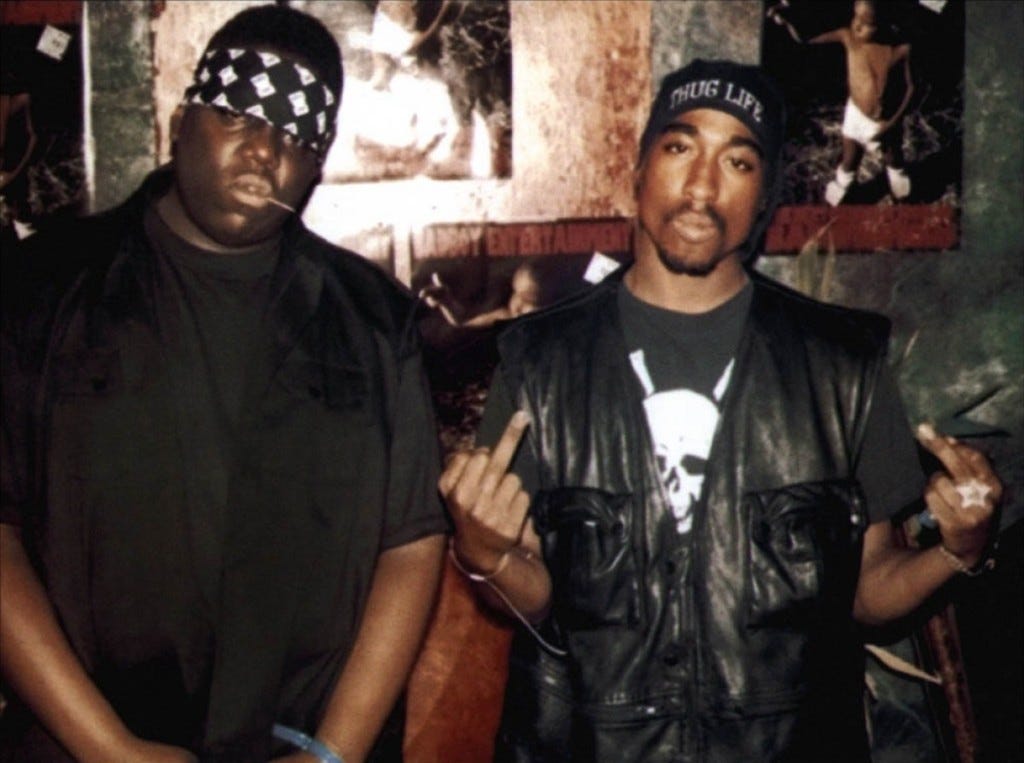 Variety- USA Network has picked up a pilot for “Unsolved,” a scripted true crime series based on the murder investigations of Tupac Shakur and Biggie Smalls, Variety has learned. “Unsolved” will chronicle the two major police investigations into the separate murders of rappers Tupac Shakur and Biggie Smalls. Tupac was killed in a drive-by shooting in Las Vegas in September 1996 at the age of 25, and Biggie was also shot and killed by an unknown assailant in March 1997 at the age of 24.

Anthony Hemingway, who just came off another true crime series with FX’s “American Crime Story: The People v. O.J. Simpson, is set to direct the pilot. The project is based on the experiences of former LAPD Detective Greg Kading who led multiple law-enforcement task forces investigating Tupac and Biggie’s murders. He authored the book “Murder Rap: The Untold Story of Biggie Smalls & Tupac Shakur Murder Investigations,” which will serve as source material for the TV series. He will consult on the pilot and serve as co-exec producer. Kyle Long (“Suits”) is writing the pilot and will serve as executive producer, along with Hemingway and his producing partner Mark Taylor of their Hemingway Taylor banner. Universal Cable Productions is the studio.

Finally!!! After Serial, The People vs. OJ Simpson, and Jonbenet Ramsey brought crime series back into the public eye, we are finally getting to the biggest, most important murders of the 90s. Sure the OJ trial was absolutely enormous, but everyone knew he did that shit anyway. But the Biggie and 2Pac murders were so much more than that. Yeah, rap music losing two of its biggest voices during a Golden era for rap is one reason. But there can be an entire series about just how RIDICULOUS it is that these two musical superstars were murdered in the middle of two cities, yet their murders are straight up cold cases. Bananafuckingland. At least with Serial, OJ, and Jonbenet the murders occurred in relatively quiet areas. Not on the Vegas strip right after a Mike Tyson fight and L.A. following a party. So fucked up.

What I’m also hoping for is another show to unite the country on a random night. Sure the OJ show was both great and terrible at the same time. But it was a weekly event on Twitter, whether it was laughing at John Travolta’s fucked up face or rolling our eyes allllll to the back of our head at every Kardashian reference. America needs this show right now. As someone that threw the W up with his fingers and screamed “West side” like an idiot while also loving Biggie to the point that sharing a birthday with him is my proudest fun fact, I cannot be more excited. Except for any Suge Knight appearance. America’s Boogie Man still scares me, whether its actually him on my TV or a paid actor.

And yes, this entire blog was written knowing that 2Pac is definitely living on an island in secret right now.