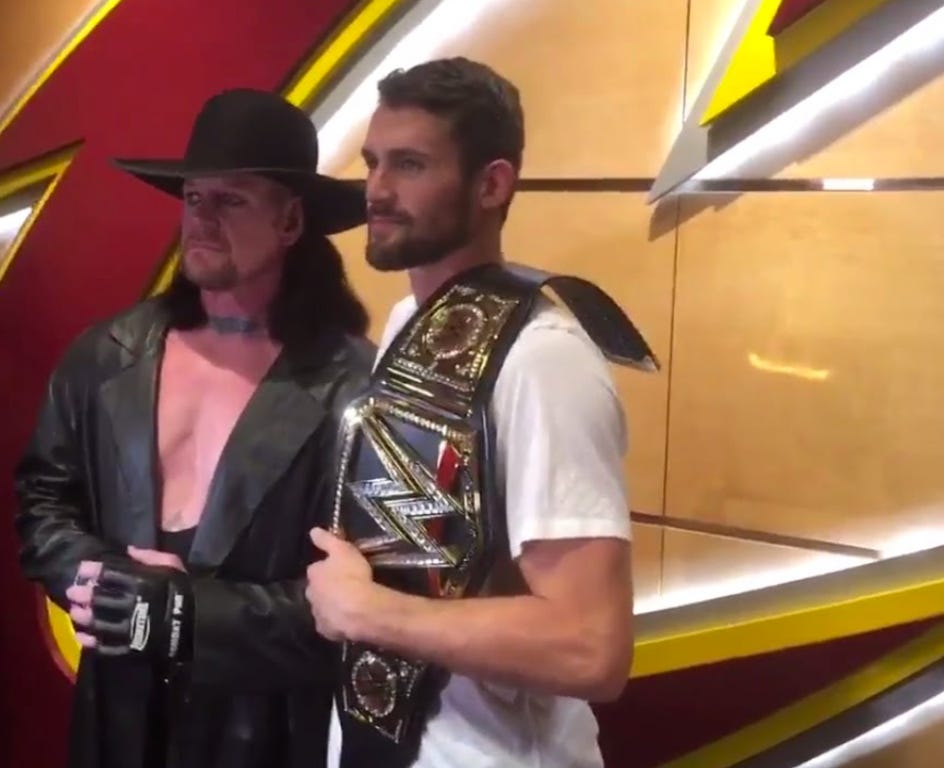 Cleveland - James arrived at The Q before the wrestler and his posse, and claimed not to know he was out there. But of course the word immediately spread through the locker room that The Undertaker was waiting outside.

Here’s a life lesson. If you don’t have an appointment, don’t already know James personally, aren’t a business associate or a small child, the odds of “meeting” James before or after a Cavs game in or near the locker room are not great. I once saw Houston Astros stud second baseman Jose Altuve try to get a meeting with James after a game against the Houston Rockets in Texas. The request came through various team PR officials. Let’s just say James had no interest.

Another rule. James is not cool with someone purposefully trying to make money or gain fame through him, away from the court. In other words, no PR stunts that don’t benefit James. He wore an Undertaker T-shirt. For him, that’s enough.

Look, I get LeBron wanting to keep his inner-circle small. I get him not wanting to meet any ol’ person who uses their connections to get to the locker room. I would also tell Jose Altuve to fuck himself. Nobody has time for Jose Altuve. Fuck Jose Altuve. But we aren’t here to talk about Jose Altuve, we are talking about the Undertaker. The Deadman. The Phenom. LeBron James wore his shirt. Taker became a symbol of the Cavs championship run. The Undertaker is plenty rich and famous on his own. He doesn’t need LeBron. He probably (definitely) doesn’t give a shit about LeBron. But he was there at the game. And when the Undertaker wants to meet you, you meet him. It’s really that simple. You pay your respects to the Undertaker. You shake his hand and thank him for his service. You pose for a picture with him. Undertaker hasn’t gone through hell and back to be dissed like that by LeBron James. There hasn’t been a level of disrespect this high since Delonte West fucked his mother.

PS: I’ll be completely honest because that’s the type of guy I am- if I didn’t love the Undertaker and if it wasn’t so rare for him to make public appearances like this, I’d call it a power move from LeBron. Blowing off the Undertaker is so big time I kind of respect it. LeBron wore his shirt but was like “nope, don’t have 30 seconds for a meet and greet”. It’s cold blooded and I kinda respect it. If it was someone lame like Sheamus or whatever I’d have zero problem with it, but I do think when Taker wants to meet you, you just do it. He’s such a legend.