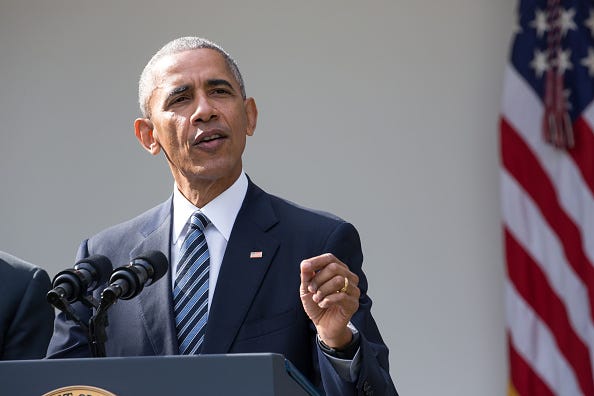 CBS – LeBron James and his Cavaliers teammates will be at the White House on Thursday.

An unexpected guest will be there, too. The visit by the reigning NBA champions will coincide with President-elect Donald Trump’s meeting with President Barack Obama to discuss the handover of power and transition following a shocking election that left James — and millions of Americans — wondering about the future. 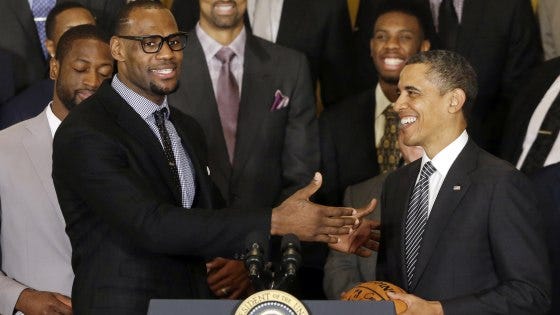 First off… doesn’t Obama have anything better to do than just hang around with professional athletes all day? Sorry, Barry. But last time I checked you still have a couple months left of work to do. Just because Trump got elected on Tuesday night doesn’t make it mailtime for you. Maybe he’s just like half of your Facebook feed right now and too dumb to realize that he’s still the President until January 20th.

Either way. A big, cocky, loud-mouthed, arrogant asshole makes his way into the White House today and he’s going to be even more insufferable than ever after bringing Cleveland their first championship in pretty much forever. Still no word on how many times LeBron plans to say “I” today and still no word on whether or not he’ll fake a minor injury just to make himself look better when he “powers through” it a few moments later. Good news is for all of us at home, we only need to watch the final 2 minutes of this ceremony since it’s basketball and anything that happens before doesn’t matter at all.