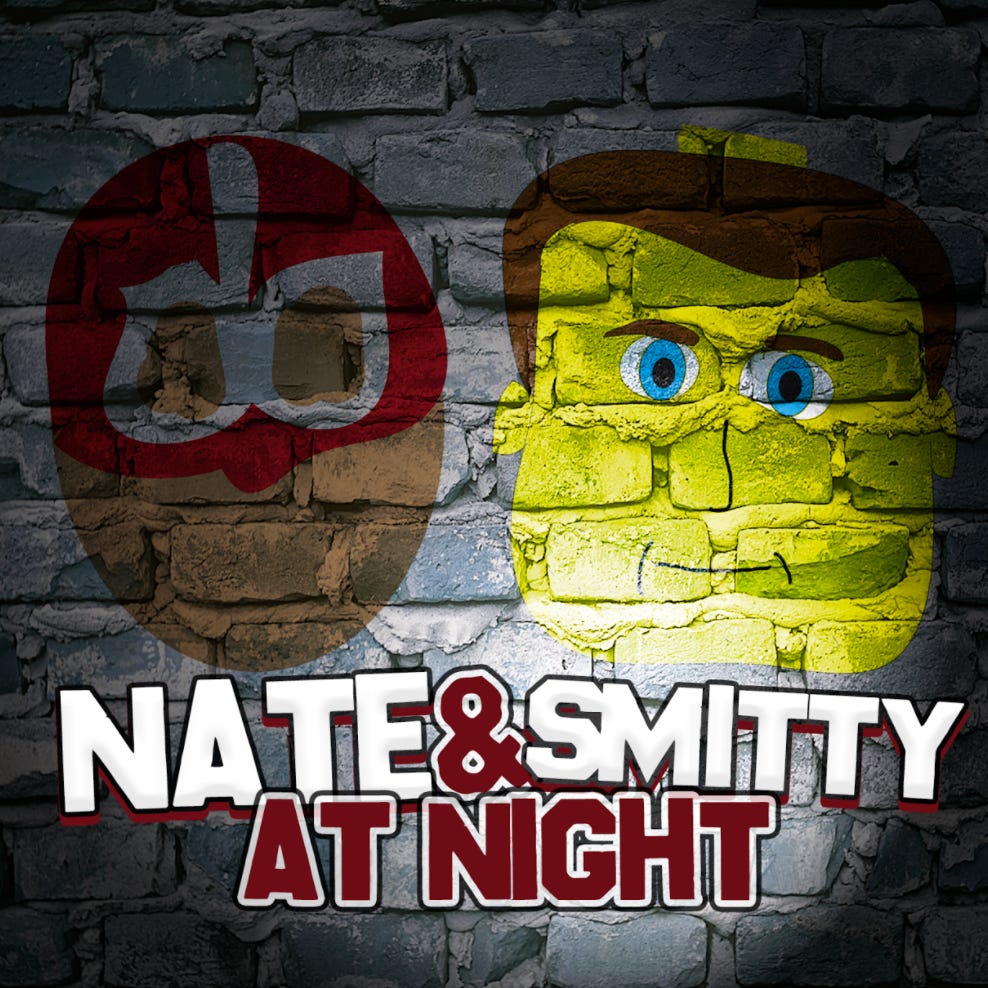 They said he couldn’t do it. They said he’d never last. And they were right. Nate at Night went down in flames. Dave pulled the plug before the episode was even over. Unjustly, sure, but director of content can do what he wants. But Nate at Night doesn’t die, it merely adapts. It gives the people what it wants. And what does it want? The blockhead, Philly trash, took 3 times to get over 1000 on the SAT, all time hardo Smitty. All the back story, all the fights, all the me using logic while he uses generic, recycled insults, coming together into one show. Fireworks aren’t planned, but are to be expected. Literally our first time really getting together in one room since the Smittycast over the Summer.